Okay, I think I’ve got this figured out, at least for now…

I’m now using TwitterFeed to feed everything from Dangerously Irrelevant, Mind Dump, Delicious, and Google Reader to Twitter and Facebook. Everything that goes through Twitter also is sent automatically to LinkedIn and Google Buzz. So if you’re following me on Twitter, Facebook, LinkedIn, and/or Google Buzz, you should see everything that I’m sharing out. And, of course, many of you have put Dangerously Irrelevant and/or Mind Dump in your RSS readers (thank you!). 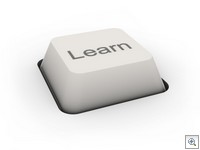 I could use Evernote for sharing publicly but instead I use it to archive things that need to be more private than Mind Dump (such as meeting notes, my highlights from Kindle books, and the HTML coding for my web sites). I also use other social media sites such as Flickr, YouTube, and Vimeo but I share their content through my five main channels above.

The Shareaholic extension for Google Chrome makes all of this much easier. It also allows me to post items to Digg, Yahoo Buzz, StumbleUpon, Reddit, Mixx, and other aggregation / sharing sites as desired.

The feeds for Dangerously Irrelevant, Mind Dump, Delicious, and Google Reader all have been run through Feedburner so I can monitor RSS subscribers. I set up TwitterFeed to run everything through bit.ly so I can track how often items get retweeted. I also am using Google Analytics.

For those of you who are interested, here are the URLs and RSS/email feeds for my five main channels:

And here are some of my other sites, including the folders that I share from Google Reader (so you can read what I do!):

I think I’ve got all this set up so that there’s no duplication in any one place. For a while there, for example, I was posting the same resource more than once in Facebook. If you notice any future duplication, please let me know.

Is there anything I’m missing, forgetting, or also should be doing?

[hat tip to Jose Vilson, who’s apparently in the same mindset I am these days]

I’m a huge fan of Google Chrome; every other browser seems poky and/or unstable in comparison. If you haven’t used it, I highly recommend you try it. You may never […]