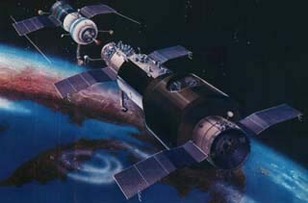 “As they often were during the space race, the Russians were out innfront of NASA in concept and launch. But just as often, they werenbedeviled by technical glitches and failures, and so it was with Salyutn1. Beaten to the moon by the Americans, the Soviet space program turned its attention to the deployment of a working space station,nwhich had been on the drawing boards since 1964. Salyut 1 wasnessentially a lash-up, its components assembled from spacecraftnoriginally designed for other purposes.

The April launch went smoothly and Salyut 1 entered orbit, but it was all downhill after that. The crew of Soyuz 10,nintended to be the first cosmonauts to take occupancy of Salyut 1,ncouldn’t enter the space station because of a docking mechanism problem. The crew of Soyuz 11 spent three weeks aboard Salyut 1, only to be killed on the return trip to Earth when air escaped from their craft. Finally, it was curtains for Salyut 1, which fired its rockets fornthe last time Oct. 11, 1971, to begin its planned re-entry into Earth’snatmosphere and disintegration over the Pacific Ocean.”

Brands like BMW, Walmart, and IBM are seeing big wins from the use of gamification in corporate training. Here’s how.
Up Next
Guest Thinkers