Get ready for a close encounter – In November!

For the first time, astronomers have anticipated the arrival of a giant asteroid that will come whizzing by the earth. The asteoid is 2005 YU55, which is about the size of an aircraft carrier (about 1,300 feet long). It will actually come within the distance of the earth and the moon–about 201,000 miles–making it visible in the night sky. The much anticipated flyby will take place in Autumn, on November 8th. The asteroid was first observed in 2005, and has been tracked by the Arecibo radar since April, 2010.

Asteroids of this size have whizzed past the earth within this distance before throughout history, but never before have astronomers had advance warning. So this close encounter is a scientific bonanza: teams of astronomers are gearing up to scan the surface of the asteroid with an array of radar and electromagnetic detectors. With the asteroid coming so close, scientists and astronomers will be able to scan the asteroid with 4-meter per pixel resolution so the images will be quite crisp, to say the least. To give you a comparison, when 2005 YU55 was examined in 2010 with the NSF’s Arecibo Observatory in Puerto Rico (image below), the resolution was around 25 feet, or a 7.5 meter resolution. The new close-up shots will provide some of the most detailed images that we have to date, so you can understand why this is an exciting time. 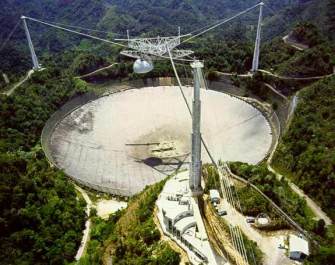 It was a long-term goal of Lockheed Martin when it unveiled the Orion spacecraft to explore the far side of the moon and then land humans on asteroids. The Orion was to debut its first orbital flight in 2013, but with the cancellation of the entire program, we might have to rely on the privatized space industry to build a spacecraft that will allow us to hitch a ride on the next asteroid.

In fact, this close encounter with an asteroid is perhaps comparable to sending a space probe to take close-up radar pictures of an asteroid in deep space. This time, the “space craft” is the earth itself making a close pass near an asteroid. 2005 YU55 will miss the earth, but if it hits the earth on some future pass, it has hypothetically enough kinetic energy to become a city buster, enough to destroy New York or London, similar to the 1908 Tunguska event in Siberia. That object was roughly the size of an apartment house when it hit. (Computer simulations of 2005 YU55’s orbit indicate that it will continue to miss the earth for the next 100 years. Beyond that, scientists need more data).

Various imagery from the Tunguska event can be viewed below: 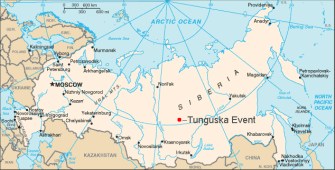 IQ, Motivation, and Success in Life: It’s Less About The Intelligence and More About The Incentives

Motivation matters. It matters a lot. It matters more than we thought, and might make more of a difference on both performance and life outcomes that we thought possible.