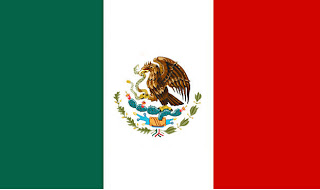 By now everyone has heard (and heard again…and again) thatthe American baby boomers are aging. Even their Canadian cousins are aging – infact marginally grayer then their neighbor to the south. But a look south ofthe Rio Grande reveals a demographic surprise in the making.

The Global Post took a look at thefirst generation of Zapatistas, noting that Mexico’s iconic rebels are now aging.  They’re as feisty as ever,though – many well into their 80’s are still tilling the fields they fought toprotect. Mexico has always been imagined as a youthful country and, with amedian age of 26, the young are certainly well-represented. But with improvedsanitation and access to health services, more children are surviving intoadulthood and fertility rates are subsequently decreasing.

Today Mexico’s fertility rate is slightly higher than the populationreplacement rate of ~2.1 children per female over her lifetime, but it isprojected to drop below replacement rate by mid-century. Life expectancy isclimbing into the high 70’s, comparable with developed nations such as theUnited States. While today there are nine Mexican children for every olderadult, the United Nations predicts that by 2050 there will be as many childrenunder 20 as there are adults over 65. This will drive the median age to 42, adramatic shift in demographics.

If these predictions are correct, by 2050 both Mexico andthe United States will have their respective 65+ cohorts representing roughly20% of their populations. Policy and infrastructure-wise, however, Mexico isnot as prepared as many industrialized nations who have had the resources toinvest in services and systems to support an aging population.  For example, while a pension system isin place, only a fraction of the population was formally employed and able touse it to their advantage. Mexicans still rely heavily on the world’s oldestretirement plan – dependence on adult children – but with the ratio of olderadults to working-adults skewed the burden of caring for aging parents might becomeunmanageable personally and a serious financial burden publicly. 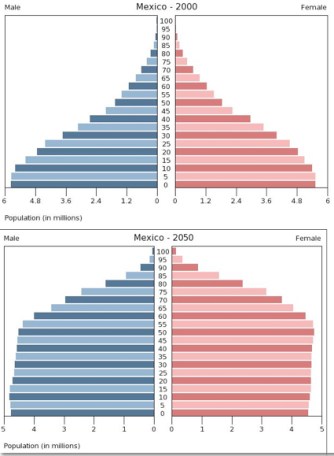 Throughout the 20th century, Mexico carried areputation for unyielding population growth…but the image of a land ofendless youth is rapidly dissolving. Tomorrow’s Mexico (2050) is likely to be anation of nearly 150 million people where 28 million of them will be ‘older’. That’smore than the entire Mexican population in 1950.

The disruptive demographics of an aging society is not asingular challenge for today’s industrialized economies alone, but the newreality of most developing nations as well. Mexico’s aging population alongwith its two northern neighbors will transform North America into a profoundlydifferent and grayer continent — raising many questions that impact the future of markets, workforce, social policy and immigration.

Albeit a challenge to meet the financial andhealth-related demands of an aging society, it is also a continent-wideopportunity to innovate and to envision new services, products and policies tosupport living longer and living better tomorrow.

Old age is not what it used to be.  Pensions were defined and assured. Not for all, but the ‘dream’ of retirement was a sunny day at the beach. The […]