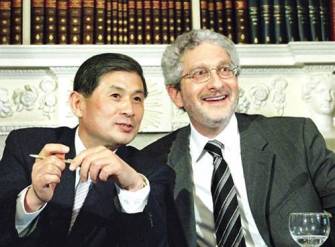 The NY Times has the dish on perhaps the final tragedy in the fall of Korean stem cell researcher Hwang Woo Suk. Apparently Hwang’s lab was the first to derive stem cells from parthenogenesis, or virgin birth, meaning they were derived from an unfertilized egg. “It could have been a seminal finding if they hadn’t had their blinders on,” one expert told the NY Times. Knight Science Tracker has the full run down on how other news agencies covered this latest twist in the cloning drama.

Meaningful pictures are assembled from meaningless noise.
Up Next
Guest Thinkers

Paul Kurtz on What’s Missing from The New Atheism

The philosopher Paul Kurtz has published a new position booklet that addresses much of what I have been arguing is missing–and so deeply troubling–about the New Atheist movement. Below is […]