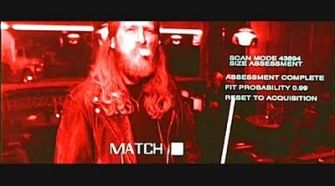 One of the most compelling arguments for getting an iPhone rather than any other smart phone was always the size and robustness of the Apple app store. In just the past month, perhaps the coolest (but still “unofficial”) applications to hit the app store are the new breed of Augmented Reality apps that overlay data & information on your screen in real-time. Imagine walking down the street and passing a restaurant — using an AR app, you’d be able to use the in-built GPS technology to locate the restaurant and receive real-time ratings and reviews of that restaurant. The possibilities are limitless. Perhaps this doesn’t sound as cool as it looks — if you’re having trouble envisioning this, think back to the first Terminator film, when Schwarzenegger’s augmented reality vision gave him all kinds of advice about which clothing to wear and which motorcycles to ride.

The first “unofficial” augmented reality app to hit the iPhone app store is from Yelp, which enables you to view information about restaurants, bars and other locations, layered over a camera view of your street: “Social review service Yelp has snuck the

first Augmented Reality (AR) iPhone app specifically for the US into

Monocle.” This view uses the phone’s GPS and compass to display markers

for restaurants, bars and other nearby businesses on top of the

There are plenty more on the way. And judging by the look and feel of apps like Layar (not yet available for the iPhone 3GS), these apps will change the way you think about physical location and the Web.

This is a trend that definitely has legs, especially once Apple officially unlocks the door to the app store for AR apps.

The Baby Boomer Generation has had a disproportionate economic and cultural impact on nearly every trend of the past 40 years, so why not the Internet? Of late, there’s been […]