Ken Gronbach writes on CNBC.com that “Aging Boomers Could Spell Big Trouble for Walmart.” If true, this really is disruptive demographics when the world’s largest company is thought to be stumbling because its baby boomer customer is ch-aging.

Gronbach notes that despite Walmart’s (NYSE: WMT) strategy to be more efficient (tuning up its world renown supply chain strategy), more customer-focused with its Project Impact initiative, more top of mind with a $1.6 billion spend in advertising making it the 5th largest advertiser, the retail giant achieved less than 2 percent growth in the last three quarters of 2009. Why? Gronbach suggests it is because Walmart is chasing a shrinking market – the baby boomer. Older and consuming less, the baby boomer consumer that was the basis of the Walmart success may now be its Achilles heel. He hypothesizes that trying to hold on to the boomers is distracting Walmart from the future – the younger X and Y generation consumers. 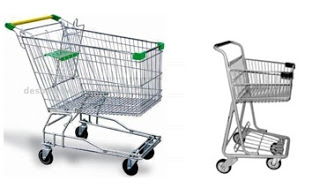 Demographics are more than numbers – behind the curves and projections there are lifestyles and behaviors. Before Walmart or anyone throws out the boomers with the bath water – a few demographic lifestyle realities should be considered:

Mind the Gap – the baby boomers invented the generation gap to stress how different they were from their parents. Today the gap between parent and child is less than we think. Boomer parents are more likely to be ‘friends’ with their children. Mother-daughter shopping teams scour malls and box stores together looking for styles and good buys. Despite the economic downturn, the boomers while older, remain in charge of the largest chunk of the nation’s income and are key influencers of how their elderly parents and children shop.

Home Alone – household composition drives consumption. The fastest growing household in America no longer consists of 2-plus kids, two parents, a dog and a van. America is increasingly a home alone experience. According to Pew Research, only 5 percent of Americans lived alone in 1950 – today that percentage has tripled to ~15 percent. Nearly one in five boomer homes are homes of one. And, for those over 65 years old, 30 percent live by themselves. But wait – while age may correlate with living alone, even younger Americans between ages 30 and 49 years old, in career and consumption primetime, are reporting an unprecedented  ~10 percent living alone. Smaller households equal smaller purchasing behaviors. Lifestyle, not life stage may tell us more about what is happening in retail. Buying in bulk for a table of one makes little sense at any age.

Boomerang Love – as with most socio-economic trends a number of factors that conflict are appearing at once. The nation’s economic slide may be tempering just how far younger consumers distance themselves from their boomer parents. Pew Research reports that 13 percent of parents with grown children are hearing the pitter pat of big adult feet in the house. The number of 18 to 29 year olds ‘home again’ has increased – it is unlikely that their boomer moms and dads are having them shop alone if they can’t afford to live alone.

While demographics is said to be destiny, consumers no longer behave according to the life stage models that many companies have come to rely upon. Research at the MIT AgeLab indicates that traditional approaches to generational marketing must be tempered with understanding life’s changing context, new technology, and the realization that attitudes as well as consumer expectations remain dynamic across the lifespan. AgeLab’s research in consumer engagement and retail suggests that the future will be different and it is likely to be smaller too. Smaller household sizes may require product manufacturers and retailers to rethink package size, reconsider what is the new definition of convenience for home alone households, and redesign the store experience and formats for consumers of one or adult daughter-boomer mother shopping safaris.

Walmart’s mammoth market size was achieved because it is a learning organization. Elephants are smart creatures and, at times, when they have to please a crowd, have been known to dance. Don’t discount Walmart – or the boomers –just yet.

Related
13.8
The weirdness of quantum mechanics forces scientists to confront philosophy
Though quantum mechanics is an incredibly successful theory, nobody knows what it means. Scientists now must confront its philosophical implications.
Neuropsych
Why is a Starbucks loyalty rewards program making customers so angry?
The rewards price to get a free cup of hot coffee at Starbucks is going up.
Empowering growth
7 essential management training topics for every team leader
From emotional intelligence to problem solving, these management training topics will set team leaders up for success.
Thinking
What if you could rewire your brain to conquer suffering? Buddhism says you can
For Buddhists, the “Four Noble Truths” offer a path to lasting happiness.
Hard Science
Solved: 500-year-old mystery about bubbles that puzzled Leonardo da Vinci
The solution involves the infamous Navier-Stokes equations, which are so difficult, there is a $1-million prize for solving them.
Up Next
Guest Thinkers
User-Centered Design & Innovating to a Higher Standard: Exciting and Delighting the Older Consumer
Innovative product design is increasingly crucial as the generally educated and wealthier boomer consumer rises to the fore of the marketplace with a lifetime of technology experience and rising expectations […]