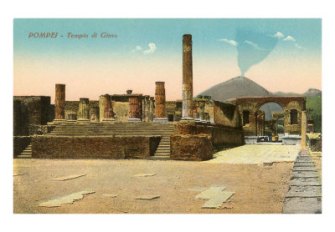 Print of the Temple of Jupiter at Pompeii with a steaming Vesuvius in the background.

The authorities continually monitor Vesuvius these days, and estimate they’ll be able to give adequate warning if it’s ever in danger of erupting again.

Nothing like a good and vague statement about all the monitoring and mitigation around Naples.

Well, I’ve now found myself with a volcano image I can even identify … but its a stunner.