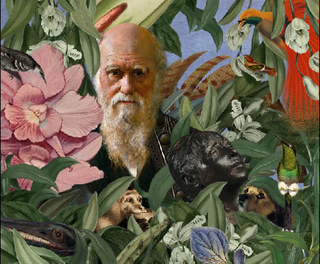 Long-time readers of Endless Innovation no doubt realize that the inspiration for this blog’s title derives from Darwin’s famous quote from the final sentence of The Origin of Species about “endless forms most beautiful and most wonderful…” Anyway, this being the 150th anniversary of the publication of The Origin of Species as well as the 200th anniversary of Darwin’s birth, both Yale and Cambridge are jointly recognizing Darwin through a traveling exhibit called Endless Forms.

For anyone visiting the NYC area over the next month or so, the exhibit at Yale (taking place at the famed Center for British Art) is a must-see. Brilliantly curated, the exhibit analyzes the impact of Darwin’s radical ideas on artists of the 19th and 20th century. This past weekend, I had the unique opportunity to visit the exhibit, check out the catalog and pick up some additional books on and about Darwin. Interestingly, the tagline for Yale’s Darwin exhibit is identical to the one that I’m using as the tagline for this blog, only in its full, unabbreviated state:

“There is grandeur in this view of life, with its several powers, having been originally breathed into a few forms or into one; and that, whilst this planet has gone cycling on according to the fixed law of gravity, from so simple a beginning endless forms most beautiful and most wonderful have been, and are being, evolved.”

As only the curators of an exhibit at Yale could pull off, the exhibit is “a fitting homage to one of the intellectual giants of the 19th century in his bicentenary year.” Boola Boola!

How to hit an innovation Grand Slam

As the economic recession continues to take a bigger and bigger toll on people’s livelihoods, a number of companies are stepping up with new promotions that seek to reduce some […]