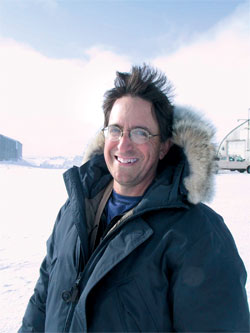 Over the weekend, I appeared on a stellar panel at the National Association of Science Writer’s meetings in Baltimore that featured Ralph Cicerone, President of the National Academy of Sciences, Dan Vergano from the USA Today, and Juliet Eilperin from the Washington Post. I will have more to say about this panel later, but apparently, while few fireworks flared in Baltimore, smoked filled the room at the Society of Environmental Journalists meetings in Burlington, VT. (Excuse the strategy/conflict frame.)

Gristmill and Desmogblog offer many details on the panel, and archive the full audio.

Over at the American Spectator, Andrew Revkin of the NY Times is getting major kudos for his sophisticated and nuanced views on communicating the reality and uncertainty of global warming. I’ve defended Revkin before when facing attacks from the right, but now it seems at least one conservative commentator is seeing the light.