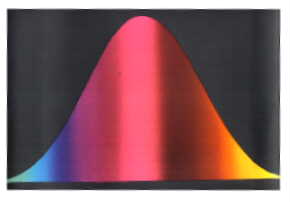 Over the weekend, Andrew Revkin at the NY Timeswrote a very timely and important peice detailing the growing unease among many scientists and policy experts with the new “normal’ in the framing of global warming by environmental advocates, journalists, and even some scientists. This new frame I label the “Pandora’s box” interpretation, and it’s something I’ve detailed in recent months here at Framing Science, and in several talks here in DC.

Advocates use this interpretation to define global warming as a looming catastrophe of unknown and devastating consequences that requires immediate and dramatic political action. Journalists have picked up on this frame as a way to dramatize an otherwise technical topic, employing images of polar bears on shrinking ice floes and hurricane devastation.

I have to admit, I don’t blame advocates for resorting to this angle. They look at the polls and the policy context and are frustrated that the U.S. continues to lag behind the rest of the world in taking global climate change seriously.

Yet as Revkin describes, these interpretations don’t necessarily fit with what he refers to metaphorically as the “invisible middle” of opinion among scientists and policy experts:

They agree that accumulating carbon dioxide and other heat-trapping smokestack and tailpipe gases probably pose a momentous environmental challenge, but say the appropriate response is more akin to buying fire insurance and installing sprinklers and new wiring in an old, irreplaceable house (the home planet) than to fighting a fire already raging. “Climate change presents a very real risk,” said Carl Wunsch, a climate and oceans expert at the Massachusetts Institute of Technology. “It seems worth a very large premium to insure ourselves against the most catastrophic scenarios. Denying the risk seems utterly stupid. Claiming we can calculate the probabilities with any degree of skill seems equally stupid.” Many in this camp seek a policy of reducing vulnerability to all climate extremes while building public support for a sustained shift to nonpolluting energy sources.

Revkin’s metaphor is a useful heuristic for any journalist to keep in mind. I interviewed Revkin back in May of 2006 for an article on media coverage of the global warming/hurricane debate that I co-authored with Chris Mooney. Here’s how he described what the metaphor meant and how it guides his reporting:

The people who have the strongest allegiances [in the climate debate], are the ones who are at the edges of a bellcurve, on the understanding of anything. Overtime, what I have been trying to pay attention to is the invisible middle. Out at the ends are the people who have the most interesting voices, the ones who are the easiest to fit into the ends of the spectrum. Sometimes they have media training. But if all you pay attention to are the two poles of understanding, what does the reader learn from that?

(Revkin offers more along these lines in a published interview with Chris Mooney for Seed magazine .)

But back to what else is wrong with the Pandora’s box frame on global warming. This interpretation fails because it opens up scientists and advocates to criticism from industry-affiliated skeptics. Given the scientific uncertainty surrounding the causes of many specific climate impacts, the Pandora’s box tactic has led to charges of “alarmism” (another framing device) from many conservatives, most notably outgoing Senate Environment Chair James Inhofe.

So what has been the end result of the Pandora’s box frame in public opinion polls? Evidence suggests that it doesn’t work.

I detailed these findings in a recent AMS Environmental Seminar Series presented here in DC to many Senate staffers and policy advocates. (See Powerpoint slides.)

Given that citizens often use their partisanship as an information short-cut, polls unsurprisingly show that Democrats are significantly more worried about global warming than their Republican counterparts. Yet regardless of party affiliation, despite historic amounts of media attention to global warming in 2006, most Americans still rank global warming as a lower level concern than other contemporary issues such as terrorism, the economy, or education. Republicans rank global warming below flag burning and the estate tax in importance. (Slide #22.)

In order to transform global warming into a political priority in the U.S., advocates need to discover frames that redefine the issue while also remaining essentially true to current scientific understanding. The challenge is to define the “old” story of global warming in ways that make it personally relevant to segments of the public currently tuning out the issue.

Several examples already exist. Recently, in an angle highlighted in mainstream media outlets and Christian media, a coalition of Evangelical church leaders have framed preserving the planet against climate change as a matter of biblical morality or “creation stewardship.”

Secular moral appeals have also been used in a campaign by the National Ad Council, which in early 2005 ran ran television commercials framing global warming as a matter of responsibility to future generations.

In an angle featured in the business media, other advocates have framed climate change as an “economic opportunity” rather than a burden, arguing that the U.S. is falling behind in developing innovative technologies like hybrid cars.

These are just a few examples. More work is needed to figure out communication strategies that engage the public without stretching the science of climate change in the process.