HYDERABAD, India – Dozens of Muslim protesters led by three lawmakers attacked an exiled Bangladeshi writer at the release of her book in southern India on Thursday, calling her “anti-Islam,” and telling her to go back to her country. 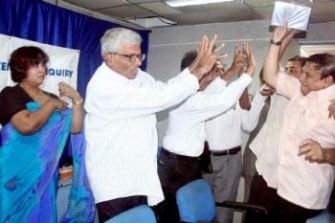