For almost 2000 years, Western Art has groped about in the darkness, laboring under the Ptolemaic misconception that Earth (and humankind) is at the center of all things. Until now. On October 20th, 2011, artist and philosopher Jonathon Keats will unleash a Copernican revolution in the arts that will erase the vibrant landscapes of Van Gogh, the mind-bending portraits of Picasso, even the tortured dystopic visions of Bacon – replacing them with a featureless field of beige.
Read Jonathon Keats’ Copernican Art Manifesto
“After millennia of egocentric navel-gazing,” says Keats, “astronomers learned from Copernicus that there’s nothing special about us. We’re on an average planet in a typical galaxy, and that’s to our advantage because it lets us assume that whatever we observe here, like the speed of light or the forces within atoms, will be the same everywhere.”

Yet across the art world, the navel-gazing continues. How else to explain the $8 million artist Damien Hirst received for The Physical Impossibility of Death in the Mind of Someone Living: a shark carcass preserved in formaldehyde.
The necessary carnage will not be confined to the visual arts. According to an anonymous source, Mr. Keats also intends to transform cooking, “applying Copernican principles to cuisine by producing a universal anti-seasoning that gives any dish the homogeneity of the cosmos. Blind taste tests have shown that his new condiment makes everything bland.” 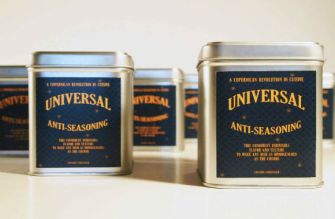 What we’re witnessing here is nothing less than the healing of the ancient schism between Art and Science. At last, we will all be on the same page about our puny place in the universe.

Art collectors will have to find another hobby, as no post-revolution artwork will be more valuable than any other. Museums and arts organizations around the world will no longer find themselves embroiled in Mapplethorpian controversies about what constitutes ‘art.’ Instead, they will be faced with the challenge of which among millions of identical paintings to hang in their galleries.
For music lovers, Mr. Keats has prepared special treat: a preview of what’s coming. Listen here to his  First Prelude and First Fugue of the Retempered Clavier.

And for home cooks who may not have access to Mr. Keats’ Universal Anti-Seasoning, yet wish to participate in some small way in the revolution, we offer the following recipe:

Jonathon Keats is not quite finished with you yet. Click here for more.

Related
Thinking
Finding your essential self: the ancient philosophy of Zhuangzi explained
Adopting a healthy scepticism towards inherited ideas means “emptying the container of the Self.”
The Future
Startup’s bladeless flying car is designed to reach Mach 0.8
One of Jetoptera’s VTOLs is expected to reach speeds of around 614 mph, about as fast as a commercial jet airliner.
Health
New blood types are often discovered following medical disasters
New blood types are regularly discovered by an unusual absence or an unusual presence — both of which can result in tragedy.
The neuroscience of loving music
Humans are musical animals four million years in the making, explained by music expert Michael Spitzer.
▸
8 min
—
with
Michael Spitzer
Life
Scientists use CRISPR to insert an alligator gene into a catfish
Disease kills off 40% of farmed catfish. This gene protects them.
Up Next
Guest Thinkers
Where Does Dartmouth Debate Leave GOP?
While the Obama Administration was busy foiling yet another terror plot yesterday, the GOP presidential candidates at the debate sponsored by Bloomberg TV and the Washington Post looked like they […]