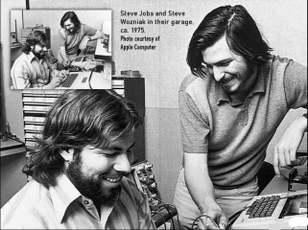 One of the most interesting trends on Wall Street these days is the creation of the SPAC, or Special Purpose Acquisition Company, in order to bring IPO riches to investors as quickly as possible while, at the same time, avoiding too much regulatory scrutiny. A SPAC is basically a “blank check” corporation that goes public without any assets at all in the hopes of acquiring or merging with some other company within a time period of 12-18 months. (If the SPAC isn’t able to find a suitable partner in that time frame, or if shareholders reject a potential acquisition target, all sorts of bad things happen, and the SPAC basically dissolves into nothingness.) With the SPAC structure, Wall Street investors are basically throwing money blindly at a shell company, hoping that a superstar management team can ink a deal quickly with a great company. If it’s done right, the investors could be sitting on a massive investment gain. Recently, for example, both American Apparel (the company with the super-sexy clothing advertisements) and Jamba Juice have gone public through SPAC deals.

Now, it looks like a team of Apple Computer veterans, led by Steve Wozniak, Ellen Hancock, and Gil Amelio, are doing the same type of thing with Acquicor Technology (ticker: AQR), a SPAC that went public in March 2006. Mind you, the company went public without a single asset – just briefcases full of Benjamins and the celebrity drawing power of a Steve Wozniak. After raising hundreds of millions of dollars from investors on blind faith, Wozniak, Amelio and Hancock have been knocking on doors, asking companies if they’d like to be acquired by the SPAC. It’s been nearly 12 months, and it looks like Acquicor has finally found a target: Jazz Semiconductor, a semiconductor company based in Newport Beach, California. Shareholders are set to vote on the acquisition Thursday. If the SPAC gets the two thumbs up for the deal, then Acquicor will morph into Jazz Semiconductor, and the blind-faith investors will have their fortunes changed overnight. Instead of holding a piece of paper giving them partial ownership of a shell holding company, the investors could be part-owners of a hot new semiconductor company run by Steve Wozniak and Gil Amelio!