The Growing Power of Women in Business 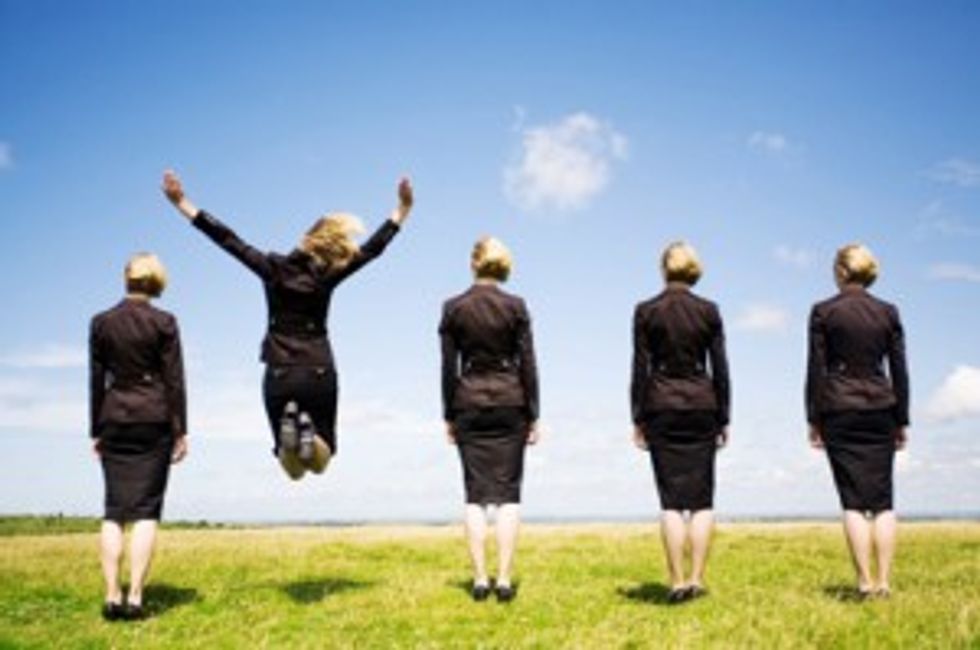 It used to be that the business landscape was a man’s world. Times are changing! Today, women are wielding more and more power on both sides of the business transaction. First, let’s look at some facts from the consumer side. In family purchases that involve two adults (a woman and a man) women make:

• 94% of the purchase decision on home furnishings

• 92% of the purchase decision on family vacations

• 91% of the purchase decision on home purchases

• 80% of the purchase decision on healthcare

• 60% of the purchase decision on family cars

• 51% of the purchase decision on consumer electronics

It’s clear that in many cases, women are not just influencing the market; they are the market. And perhaps even more surprising is that these statistics have changed very little over the past ten years. In other words, women have been the market for some time now yet many executives have not taken action on this huge opportunity. And while these figures represent US households, the percentages are being exported due to technology driven globalization. Even in countries where you’d expect women to have no voice at all, thanks to computers and smart phones becoming more prevalent worldwide, people everywhere are getting informed and empowered, which ultimately has an effect on culture.

This brings us to the other side of the equation. Who is running and leading the companies that make the products women are buying for themselves and their families? Increasingly, it’s women.

As of January 2013, 21 of the Fortune 500 companies will have women CEOs at the helm. While at first glance 21 may not seem like a lot, it’s an all-time high and when you include the rest of the C-suite (CIOs, CFOs, COOs and more) the numbers clearly show a steady pace of women leading the largest companies in the world.

Even more interesting is that we’re now seeing women lead companies in industries that have been historically male dominated. For example, for the first time ever, IBM chose a woman CEO, Virginia “Ginni” Rometty. Hewlett-Packard, another technology company, named Meg Whitman as their CEO in September 2011. And Yahoos new CEO Marissa Mayer has been driving positive headlines for the struggling company. These are just three examples of global, male-dominated technology companies now run by women.

And this trend isn’t just in the US. Over half the corporate leaders in China are women. India has more women CEOs than the US. And over the past 30 years we’ve seen the number of women leaders in the Middle East, Africa, China, and Europe increase as well.

Now it’s important to note that so far we’ve just been talking about CEO spots at major corporations. Add in the number of female CEOs at small and mid-sized companies, female upper level managers, and female entrepreneurs, and you can see that we’re actually talking about a large number. And these are numbers you wouldn’t have seen twenty years ago. So women are definitely making their mark and exerting their business power.

Some people may say the rise of female leaders is surprising. I say it’s 100% predictable. In my book, Flash Foresight, I make the point that in an uncertain world, you have to ask yourself, “What am I certain about?” Strategy based on uncertainty has high risk; strategy based on certainty has low risk. There are a number of certainties in today’s world that make the rise of women obvious.

• Relationships are number one.

The number one certainty is that the future is all about relationships. Even though we live in a technology-driven world, it’s still a human world and relationships still matter. This is where women shine.

Most people and even scientists and researchers agree that women and men think differently in terms of relationships. Women are more adept at relationship building. If we have too many leaders in an organization who are men, we don’t have a balance and we don’t have the ability to grow relationships with a holistic approach. That’s because men tend to be informers while women tend to be real communicators.

This is important and timely, because we’re shifting from the information age to the communication age. Social media is all about communicating and engaging, and women have the upper hand here. So the shift in business from informing to communicating provides great opportunity for women leadership.

Women are intuitively great “system-thinkers.” In other words, rather than just look at the piece of the puzzle you’re responsible for and executing on that, which men tend to be very good at, women are adept at looking more holistically at the entire puzzle or system and seeing how the various pieces go together.

Obviously, it’s not that men can’t be system-thinkers. But over the years as men were in leadership positions—not just the CEO level, but all lead managers—they focused on “give me the job to do and I’ll focus and get it done.” That’s certainly important, but sometimes that mindset works against you as things become more interconnected.

Women tend to seek agreement and work at being more collaborative. In fact, women seem to be far better at collaboration than men are. In the past, business was about cooperation, and we cooperated because we had to. Men are great at cooperating. But in this new totally networked and connected world, we need to find and develop new levels of collaboration.

Everyone has heard of “silos” in companies. We have massive silos in all sorts of industries. The key is to break those silos down and get people communicating, collaborating, and working together. No job is just a technical job; every job is also a human job.

When women are excited and passionate about a product, a service, a company, or whatever they are doing, they become extremely driven from that emotion. Men, on the other hand, strive to hide their emotions. Having an emotional drive can be very powerful in leading a business, product launches, and any initiative. This is not saying that men can’t be passionate. It’s just that male-dominated groups are one-sided and tend to downplay the positive benefits of emotion and passion as a force to drive innovation and growth.

Women are now starting to do something that’s been a male trait for a long time: They’re becoming risk takers. Men are hard-wired to be risk takers, and they make decisions fast. Sometimes it’s not always the right decision, but it is a decision. Unfortunately, this often becomes a ready-fire-aim approach. Women, on the other hand, tend to analyze, think things through, weigh all the elements, and then make a decision. Today we’re seeing more women taking bigger risks in shorter amounts of time. Part of this is due to the increased speed that information is available. This combination of thinking first and acting fast is certainly good news, because the old rule of business was the big eat the small; now the fast eat the slow.

Granted, some people may say all these elements are generalizations, but there is truth in generalization. So while all these traits may not apply to every woman, if you look at the group as a whole, these things tend to be true.

So the bottom line is that diversity has always been an unbelievably powerful force in any company—not just racial diversity, but male-female diversity too. All diversity gives you better solutions to challenges, allows you to solve problems faster, and enables you to see opportunities better. This is crucial, because over the next five years we’re going to be transforming how we sell, market, educate, train, communicate, collaborate, innovate, and much more. Thanks to today’s rapidly evolving technology, we’re witnessing the biggest game-changing transformation that any of us have ever lived through. And we’re going to need a variety of thinking, diversity, and people working together in a collaborative, communicative way to make a positive and productive transformation possible.

As we look to the future, we’re going to see the number of female business leaders growing even higher because we need the balance. We need the creativity. We need men and women working and leading together in business and in government. So if you’re a man reading this, support the women in your organization to reach new heights. And if you’re a woman reading this, think about your career. Plot it out. Make it happen. We need you!

DANIEL BURRUS is considered one of the world’s leading technology forecasters and business strategists, and is the founder and CEO of Burrus Research, a research and consulting firm that monitors global advancements in technology driven trends to help clients understand how technological, social and business forces are converging to create enormous untapped opportunities. He is the author of Flash Foresight.

A new episode of "Your Brain on Money" illuminates the strange world of consumer behavior and explores how brands can wreak havoc on our ability to make rational decisions.