If you want to succeed in business, don’t get an MBA. Study philosophy instead. 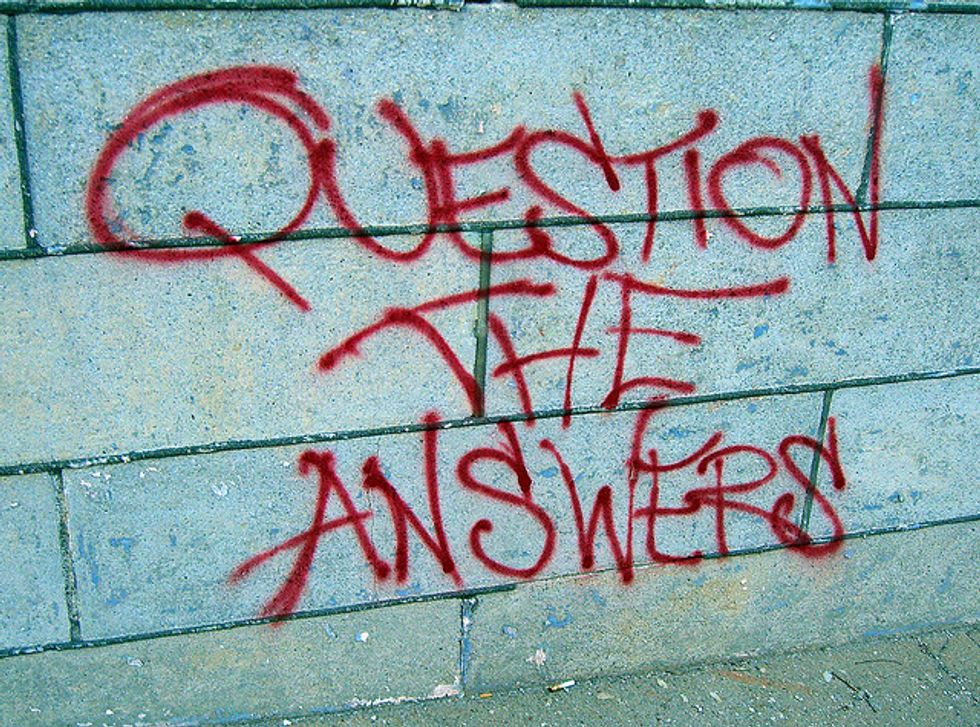 In the wake of the financial crisis, an era of severe turbulence, rapid changes and increasing complexity has emerged. A black cloud hangs over the past decade’s economic prosperity and global consumption habits, which fundamentally challenges the purpose of business. All too often the approach to business practices has been one-dimensional, lacking in richness and depth. This goes for both the cheerleaders and the critics of the current business practices. In these times, it is important to be able to view the world in different shades – one of possibilities, rather than constraints. While the discipline of philosophy can help pave the way forward, it remains to be widely regarded as irrelevant to formal education programs in business schools. But they might think differently, if they take a closer look.

“Once hired, philosophy majors advance more rapidly than their colleagues who possess only business degrees” writes Thomas Hurka, Professor of Philosophy at the University of Calgary. He strongly advises the younger generation to consider majoring in philosophy, if they want to be successful in business. This is supported by a recent study by Payscale, which shows that while starting salaries of philosophy graduates might be less than those with business degrees, by mid-career, the salaries of philosophy graduates surpasses those of marketing, communications, accounting and business management. Taking this into consideration, it appears that having the right business degree from a prestigious business school does not guarantee a successful career in business.

Following this line of thought, Matthew Stewart, former management consultant of the Mitchell Madison Group tells, “If you want to succeed in business, don’t get an MBA. Study philosophy instead.” In his experience, MBA programs basically involved, “taking two years out of your life and going deeply into debt, all for the sake of learning how to keep a straight face while using phrases like “out-of-the-box thinking,” “win-win situation,” and “core competencies.” Even though this is arguably an exaggeration of the current state of business education, it is hard to neglect the verity: the concept of ‘business as usual’ in management education is swiftly becoming old-fashioned, while the socio-economic challenges of globalization only mature. In many countries, labour market conditions are deteriorating with unemployment rates worsened to an unprecedented level. For the younger generation, the prospects of employment are declining, as they are often the ‘last ones in’ and the ‘first ones out’ of a bleak job market.

“The world of work is currently out of sync with the world of education – meaning young people don't have the skills needed to get jobs,” says Dominic Barton, Global Managing Director of McKinsey & Company, calling for urgent action. Instead of focusing on the lack of jobs out there, he argues that the available openings require skills that the younger generation simply do not possess. They face a distinctively new normal, as the operational capacities of business leaders are fundamentally changing. In order to successfully navigate in an uncertain, volatile and increasingly complex business environment, a supplementary approach to rational problem-solving and optimal decision-making is required.

The rising demand for both creative and concrete problem-solving as well as abstract and strategic thinking indicates the necessity to broaden the reflectivity-horizon of the narrow business perspective that future business leaders will determine their decisions within. Business tends to seek one rationalised conclusion at the expense of others. This closes opportunities, rather than opens them. Philosophy, on the other hand, can through critical reasoning continually question and rethink the assumed certainties and its basic premises. In this sense, business and philosophy might seem poles apart at first glance and their interdisciplinary potential has for long been largely unrecognized on traditional business schools, but this is about to change.

In the book Rethinking Undergraduate Business Education, the renowned Carnegie Foundation for Advancement of Teaching took the lead in transforming the preparation of future business leaders. In the US, business is the most popular field of undergraduate study, reflecting the growing centrality of business in society today. According to the authors, it is therefore of utter importance that future business leaders function both productively and responsibly in a highly demanding and increasingly complex business environment. However, the results of the nationwide study of undergraduate business education cited in the book showed that it “is too often narrow, fails to challenge students to question assumptions, think creatively, or to understand the place of business in larger institutional contexts.” The implications of their observations suggest that business education neither guarantees success, nor prevents failures in business. So, what is to be done? In confronting the challenge, the authors argue for an integrative approach that combines the business disciplines with liberal arts and social sciences in order to help future business leaders have a better understanding of the other institutional sectors, the pluralism of values and operating logics that businesses depend on. This could prove to play a decisive role in the future business environment, when adapting to change is not enough.

Following the movement, Per Holten-Andersen, President of Copenhagen Business School, took action. “The market forces are so strong that they force us to go in a direction that some of us actually don’t favour,” he says. At the 2012 Academy of Management Annual Meeting in Boston, he delivered a provocative speech to the gathering of scholars and business leaders in the management discipline. In the wake-up call, he advocates that we must be willing to constantly challenge our traditional beliefs and perceptions in order to engage in the discussion of where we are heading, and where we want to head. The call to confront our habitual mindset is not grounded in the common anti-capitalistic bias, where business is evil and cannot be trusted, but in an assessment of the long-term socio-economic impact of short-term decision-making. He explains: “I am not an anti‐capitalist. I should say that I am actually a great believer in the merits of capitalism myself. But I am certainly more in favour of democracy than the very raw capitalism that we are seeing at the moment changing Europe and also parts of America.” These thoughts might not be new, but it is certainly a remarkable statement bearing in mind his influential position and the crowd of business-enthusiasts he was addressing.

Why are Philosophy useful?

So what does all this have to do with philosophy? For too long, philosophy-bashing has been keen to follow the mantra of ‘too much talk, not enough action’ in the field of business. This is not, however, surprising if you approach philosophy with the same instrumentality that dominates business. Philosophy pursues questions rather than answers them. In this sense, the responsibility of philosophy is not so much to answer our questions, but to question our given answers. This raises the question: What is philosophy? Just to be clear, philosophy is not some kind of recipe or precept. You do not become a moral subject by studying Immanuel Kant or a good citizen by reading Plato’s The Republic.

Nevertheless, the placement of the concept of morality or justice under an investigative lens can help us move beyond the confinements of prevailing knowledge. This is the essence of the discipline of philosophy – it teaches not what to think, but how to think. It examines the enduring fundamental questions concerning human life, society, ethics and knowledge, just to name a few. Whereas, the business discipline represents a definite ordering of the world through the fabrication of concepts, methods and models as a way to reduce complexity, philosophy explores its conceptual framework and developments. It goes without saying that Porter's Five Forces and almost every other generic framework for problem-solving are heuristics: they can speed up the process of finding a solution, but it is at the expense of autonomous thinking. In this way, philosophy can help articulate the blind-spots of business by looking behind its assumed certainties and theoretical preconditions. By pondering the questions which are beyond the scope of business, philosophy can broaden the reflectivity-horizon of future business leaders to help them manage complexity and make sound decisions, not only in the purview of good business, but also in accordance with the needs of society.

This, however, does not point to a future of philosopher-leaders, as Plato encouraged. This is because the pragmatic judgement and technical expertise of business is still very much needed to direct the philosophical reflections towards practical decisions and concrete actions. In this regard, business models, concepts and strategies are certainly still a necessity. But in order to keep improving them, philosophy demands attention. This is the interdisciplinary potential of business and philosophy. So don’t worry, there will still be plenty of need for specialized business experts, which turns us back to the initial question: Is philosophy really a passport to a successful career in business? No, but it is definitely not irrelevant. Not for business. Not for career progress. Not for society.

This article was originally published in GRASP magazine.

Photo used under Creative Commons from Walknboston at Flickr