41 million Americans sleep fewer than six hours each night. But it wasn't always this way. 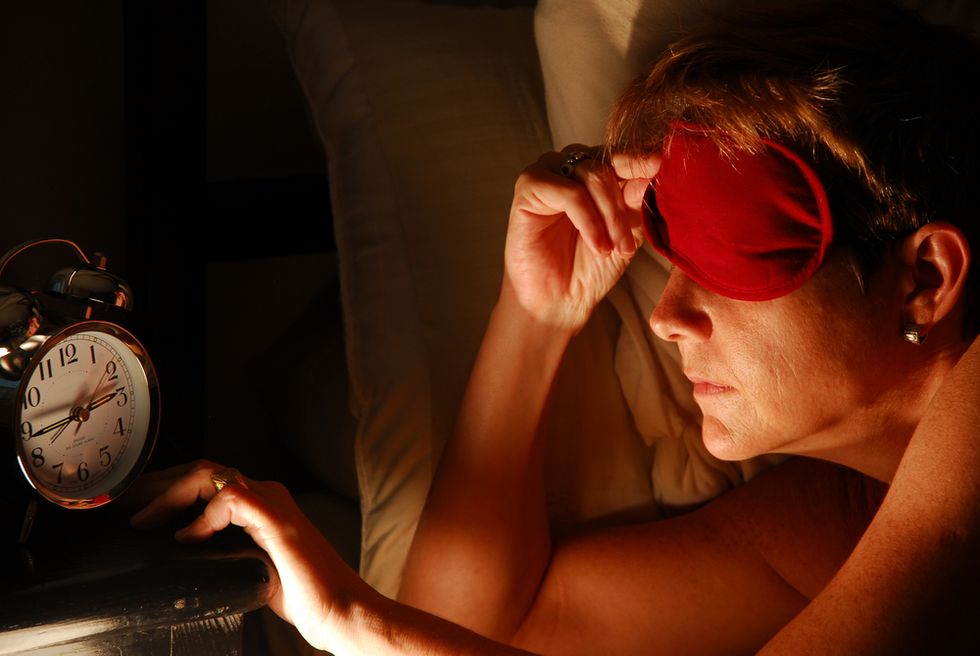 This post originally appeared in RealClearScience's Newton blog. You can read the original here.

Ah, sleep: life's natural, blessed repose from the ardors of arousal. As a physiological necessity, we desire and crave it. Yet for so many Americans, sleep's caressing graces are unattainable. Modern society demands a strict schedule; rest is penciled in as an afterthought. In fact, the CDC reports that approximately 41 million Americans sleep fewer than six hours each night.

But it wasn't always this way. Anthropologists like Matthew Wolf-Meyer and historians like Roger Ekirch are painting a new picture of what sleep was like in our pre-industrial past. Back then, they insist, sleep was regulated not by grueling work schedules, but by the all-encompassing, dark blanket of night.

Chief among Ekirch and Wolf-Meyer's findings, discerned from meticulous searches through court records, letters, diaries, scientific tracts, and popular maxims, was that a sleep pattern known as segmented sleep was widely present in the United Kingdom and United States prior to the 20th century. Before artificial light was bent to our will, most people would retire shortly after dusk, sleep for four or five hours, awaken for an hour or two, then drift back to sleep again until sunrise. Our sleep patterns have only shifted to the current 8-hour consolidated pattern in the decades since electric light became readily available.

"[Humans] are the only consolidated sleepers on the planet," Wolf-Meyer told me in an email, "which leads some people to believe that early human sleep wasn't what it currently is." In his book, The Slumbering Masses, Wolf-Meyer argues that the current norm of consolidating sleep into one uninterrupted block is a social construct, primarily influenced by industrial capitalism.

He may very well be right. Sleep researcher Jessa Gamble has engaged in studies where subjects are (voluntarily) taken down into a bunker deep underground, far away from the cycling sway of light and dark. From observing the sunlight-deprived subjects, the researchers try to zero in on the inner workings of our ingrained clocks. They've found that we're inclined to sleep in many shorter spurts instead of in fewer, longer bouts.

In other studies, sleep researchers deprived subjects of the use of any artificial light. Under these circumstances, amazing changes occur, and sleep cycles emerge that are remarkably similar to those reported by Ekirch and Wolf-Meyer. At TEDGlobal 2010, Gamble said:

...when people are living without any sort of artificial light at all, they sleep twice every night. They go to bed around 8:00 p.m. until midnight and then again, they sleep from about 2:00 a.m. until sunrise. And in-between, they have a couple of hours of sort of meditative quiet in bed. And during this time, there's a surge of prolactin, the likes of which a modern day [person] never sees. The people in these studies report feeling so awake during the daytime, that they realize they're experiencing true wakefulness for the first time in their lives.

Incidentally, prolactin is a peptide-hormone known to be responsible for providing sexual gratification in the wake of orgasm. So it's no wonder that 19th-century couples were widely thought to make use of their middle-of-the-night wakefulness for sex. That wasn't all they did, of course. Individuals also did chores, took care of infants, wrote, read, ate, and quietly contemplated life. The dead of night was a relaxing, yet lively time.

If you're feeling a tad wistful for the good ol' days of segmented sleep, you're probably not alone. Sadly, however, the schedule of America seems to be set. We work. We go home. We sleep. And throughout it all, we yawn.

Maybe, over many years, the hand of selection will subtly and gradually maneuver Americans to adapt to our chosen, apparently unnatural, consolidated mode of sleep. But for now, we're still stuck with being tired.