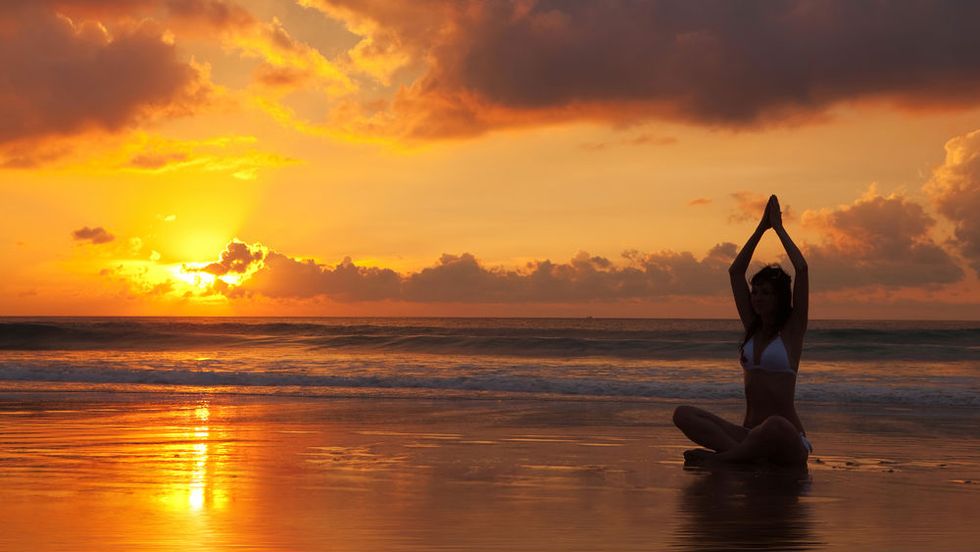 Do you believe in free will?

Some physicists and neuroscientists believe in the opposite proposition: determinism. The mathematics of quantum mechanics have a say in this argument: Determinism is impossible unless you are willing to make an even greater philosophical sacrifice.

A determinist point of view says, "If I precisely know the complete workings of a system -- i.e., the position of every particle and how the laws of the universe operate -- I can tell you exactly what it will do in all future situations." For example, by measuring the sun's gravity and the motion of solar system bodies, we can calculate whether an asteroid will hit us or how to position a satellite in a complex orbit above the Earth.

Obviously, humanity has been fairly successful at this: Science and technology underpin the modern world because we largely can understand and anticipate the actions of inanimate objects.

But are you prepared to accept that your mind follows these same rules? That it is a machine which can be completely predicted, like pool balls on a felt table or comets circling a star? That you don't make choices: the choices are already made by the wiring patterns in your brain, and you just carry them out like a colossally complex adding machine? This is the philosophical endgame of classical physics (i.e., Newtonian physics) taken to its logical conclusion.

Those who accept this philosophy simply apply physics to the human brain: If we could know all the molecules and cells and what they were doing, we could predict human thought perfectly. In practice, of course, this is nearly impossible, but it is philosophically possible. And chilling.

Then along came quantum mechanics. When physicists observed that behavior at the atomic level was fundamentally indeterminate, the universal validity of classical physics, as well as philosophical determinism came into question. Physicists recoiled at the idea that their science could no longer claim to predict all things with infinite precision. But, that's what quantum mechanics teaches us. We absolutely cannot know exactly how something will turn out before it happens.

Most physicists eventually accepted this idea as an empirical fact of measurement, but assumed that a flaw in quantum mechanics created the uncertainty. Perhaps, with further insight, some "hidden variable" could allow them to predict things with perfect certainty again.

But that never happened.

John Bell, in a famous 1964 paper, forced everyone to reconsider, both scientifically and philosophically, their support for determinism. His famous theorem, Bell's inequality, is an incredibly profound statement. This relatively simple mathematical proof, when applied to experimental results, gives us a choice: We must either give up determinism or give up the existence of an objective reality explained by science and measurable by humans with instruments. (You can read the gory details about the experiments here.)

So if experiments on quantum phenomena are reliable, then Bell concludes that determinism is false. Most physicists agree.

Essentially, quantum mechanics tells us that there are things which we cannot know about the future, things which are not predetermined but happen with some factor of chance or randomness. Although many things in the world may be predicted, everything is not predetermined, and our actions do not unfold mechanically in a manner predetermined since the very moment of the Big Bang. Free will is preserved.

Tom Hartsfield is a physics Ph.D. candidate at the University of Texas and a regular contributor to the RealClearScience Newton Blog. The original post appeared here.