How to Rewire Your Brain For Success 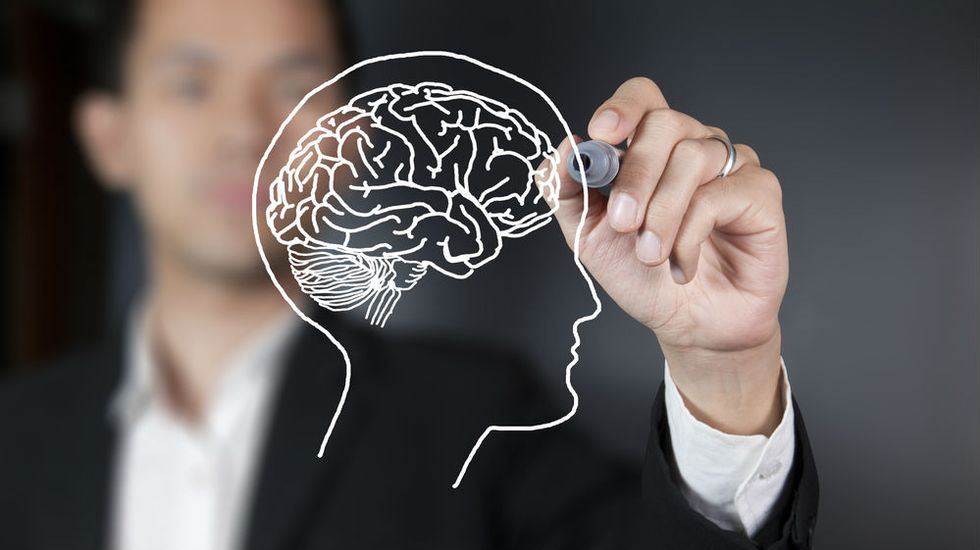 Until the 1980s, the scientific consensus was that the nervous system was fixed and incapable of regeneration. Growth of neurons was considered most active during prenatal development. As we age, neurons atrophy, the thinking went. Now scientists believe new neurons are continually born throughout adulthood.

Several breakthrough studies suggest that we may have more control over how our brains function and develop throughout adulthood—our thoughts, behaviors, and emotions—than previously assumed.

Why does this matter? Because by learning how to control our mentality, we may be able to deliberately reshape our neural pathways and rewire our brains to make ourselves more successful and fulfilled. In other words, shape your brain and you can shape your life.

Practice and Thinking Rewire the Brain

In 2007, Harvard Medical School conducted a study with volunteers in a lab who were asked to learn and practice a five-finger piano exercise. A neuroscientist instructed half of the volunteers to play as fluidly as they could, trying to keep to the metronome's 60 beats per minute, two hours a day for five days. The other half were instructed to merely think about practicing the piano, holding their hands still while playing the music in their heads. At the end of the five days, both groups underwent a transcranial-magnetic-stimulation test, which enabled scientists to infer the function of neurons.

The test results showed that in both groups, the stretch of motor cortex devoted to these finger movements took over surrounding areas. The finding was in line with a growing number of discoveries showing that greater use of a particular muscle causes the brain to devote more cortical growth to it. Practice rewires the brain. More startling, however, was that the same region of the brain had expanded in the volunteers who merely thought about playing in a disciplined way.

There are two big implications here: 1.) that mental training may have the power to change the physical structure of the brain, and 2.) that the brain doesn't distinguish between a real or imagined exercise.

The Downside of Neuroplasticity

In neuroscience, the previous prevailing belief had been that the adult human brain is essentially "hardwired," so that by the time we reach adulthood we are stuck with what we have. Now we understand that the adult brain retains impressive powers of "neuroplasticity"—the ability to change its structure and function in response to experiences real or imagined.

The downside of neuroplasticity is that negative experiences can have a deleterious effect on our brains. Robert Sapolsky, a professor of neuroendocrinology at Stanford University, has shown that stress is associated with neural degeneration. His research found that long-term stressful life experiences cause elevated production of cortisol, which results in the shrinking of the hippocampus area of the brain. The hippocampus is one of the few regions of the brain known to be able to produce new neurons, a process called neurogenesis.

How to Apply These Concepts in Business

We can use these new findings about the brain to help us become better performers at work, more successful in our business dealings, and more fulfilled professionally. By consistently training our thoughts, like those imaginary piano players, we can expand the number of branches and synaptic connections in our hippocampus, potentially leading to an increased ability to retain new information and adapt to new situations. Here are a few practical ways to apply these concepts.

Because our brain cannot distinguish between real and imagined practice, if we subject ourselves to 30 minutes of watching sensationalized news stories, or find ourselves listening to a 30-minute dose of complaining and gossiping with those people around us, the effect on the brain is the same as if we had lived those experiences ourselves. The good news, according to Sapolsky, is that the negative effects of excessive stress can not only be stopped, but also reversed “once the source, psychological or physical, is removed or sufficiently reduced.” Limit your exposure to negativity by staying away from people, environments, and sources that are negative.

Resist the urge to use self-defeating language. We've all experienced a colleague saying, "You look tired." All the air goes out of our sails and suddenly we feel tired and depleted as we respond, "Yeah, I guess I've been under a lot of stress lately." We do the same thing to ourselves. If you don't feel well, never say it aloud to anyone. Instead, say, "I could use more energy." Also avoid the use of limiting words. Never say cannot when referring to yourself. Instead, reach for a higher-energy statement such as "When I can…" Other limiting words include hopefully, perhaps, one day, and maybe.

Begin and end all communications positively. Today this is especially important when using electronic media, as your messages live in cyberspace forever and continue to define you. It's imperative that the last thing you type is a positive word leading to positive thoughts. Try "Cheers" or "Best" or "Keep smiling." Your brain reaps the benefit of this positive thought, and the recipient gets an upbeat impression of you. It's a twofer.

Begin and end your day positively. Before you go to sleep at night, thank yourself for a great day. When you wake up, the first words in your head should be something like, "I feel absolutely fantastic, glad to be alive. I know today will be successful for me."

Make use of superlatives. In business, we are supposed to be subdued. But when someone asks you how you are, notice the difference between saying, "I'm fine," and "I feel absolutely amazing and vibrantly healthy." Using superlatives bumps your energy to a higher level.

Think bigger than what you actually desire. If all you really want is to land a specific client, by setting this as your intention and thinking of it every day, you will no doubt get it. But if you set your intentions much larger than your core desire—say, to acquire ten new significant clients this year—you trigger several positive psychological benefits. As you daydream and imagine a larger scenario, your core desire starts to feel easy and much more attainable.

A simple way to apply the science of neurogenesis is to be conscious and consistent in thinking positive, proactive thoughts—about your potential, your dreams, your goals, and your achievements. Taking control of your thoughts in this way will help you actually become that accomplished, positive person.

In his new book, Three Simple Steps: A Map to Success in Business and Life (BenBella, 2012) , Trevor Blake outlines recent evidence for neuroplasticity and offers several ways to defend oneself against effects of negative stimuli in our everyday environment.