Few see how strongly science's preferred languages shape and limit the thinking of many experts. 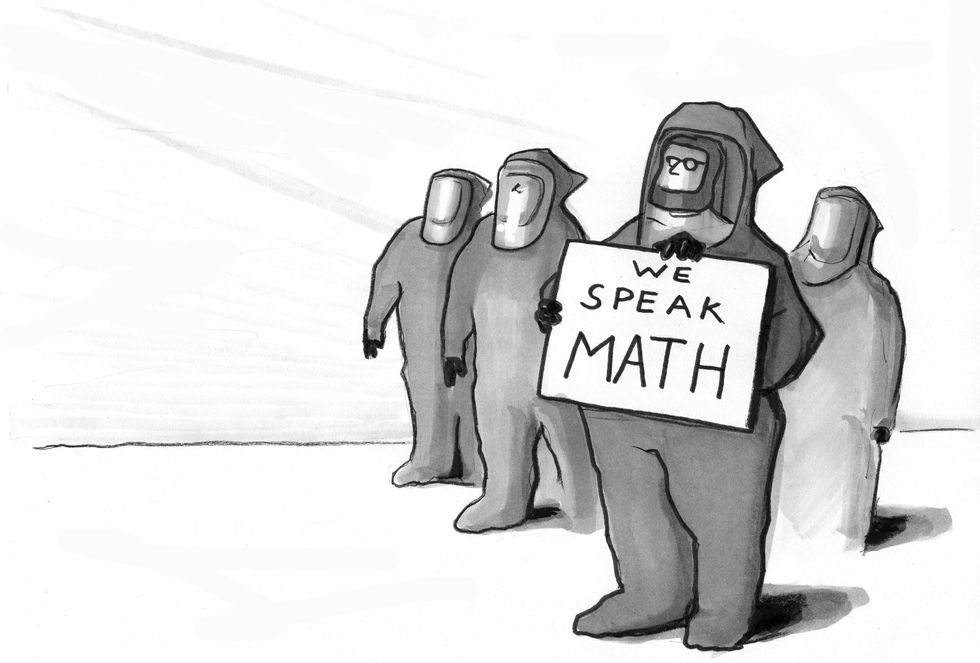 1. A science fiction film about alien languages hints at what real science’s languages tend to alienate.

5. Few scientists support strong Sapir-Whorf, but the tools of language do, in part, carve, filter, and pattern our perceptions of reality: “Words are thinking tools.” Grammars encode different features, eg modifiers for soft or rigid objects.

6. But a strong Sapir-Whorf variant might limit science itself.

9. Math as a language so strongly shapes scientific thinking that, sometimes, for science to “progress, a new math” is needed (Cesar Hidalgo). Arithmetic, geometry, algebra, calculus, stats, probability, algorithmic-logic, etc, each have their own syntax and vocabulary patterning constraints.

11. Many became geometry-intoxicated. Galileo’s claim that “the book of nature is written in mathematics,” meant in geometry. “Falling in love with geometry” was an Enlightenment “occupational hazard” (Anthony Gottlieb).

12. Newton shifted the center of gravity of science’s language from geometry to algebra and calculus (“Geometric mathematics… offered no way of representing” needed factors). This language/method spread widely (even generating “algebraic formulae” for morality).

13. Whorf saw how algebra shifted attention from particulars to certain patterns (he compared sentences to equations, words to algebraic symbols).

14. Algebra’s key move, its core impulse toward abstraction, focuses thinking on certain kinds of sameness and allness—patterns fitting all instances of type X, or all values of quantity Y (e.g. all objects gravitate).

16. Science’s language preferences even shape other fields, leading to belief that algebraic formulas ”for all the future” exist (Stoppard). And that without numbers only a “very dim” understanding is possible (Goldstein). Yet much that matters resists quantification and algebra’s all-ness (justice, or happiness, etc).

17. Why imprison our minds in math? That would alienate us from a kind of knowledge that Hebrew has a word for: “da’at” = knowledge through relationship with particulars (resisting abstraction, and algebraic all-ness-thinking) [+see Two Kinds of Data].