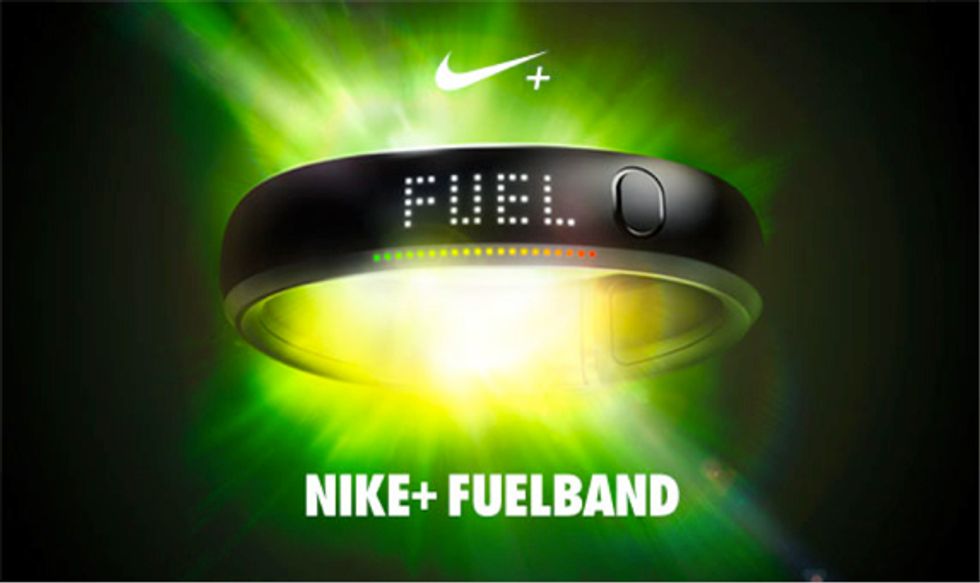 The mobile health revolution, which started and took off in overseas emerging markets, is rapidly making its way to the U.S. The past few months have brought a surge of new innovations - the FitBit Ultra, the Jawbone UP and now the Nike+ FuelBand, all of which attempt to combine fitness tracking and health awareness into an attractively-designed mobile product. In February, Nike will begin offering these FuelBand wristbands for $149 (they're already sold out on pre-order), with the idea being that not just weekend warriors, but also anyone concerned about their health, can track their progress towards certain goals in real-time.

The genius of Nike's new product launch is not just the ability to track data in real-time and convert this into a common, universal currency known as Fuel -- one number, one button, via a simple, intuitive interface. The real genius is in combining all this fitness-tracking data with a fun game layer to motivate people to achieve their goals. The motivational element is activated via a mobile app that enables you to share achievements and accomplishments with friends. Thanks to a built-in accelerometer, every action you take - from climbing the stairs to running around a track - can be converted into a single number. Fuel becomes a currency for comparing your activity with others, whether they are playing tennis, running, hiking or (as the Nike promo video would have us know) dancing like MC Hammer.

In fact, the “motivational hack” angle is arguably one of the biggest selling points of Nike+ FuelBand. Who knew health could be this much fun? Without a doubt, the shift in mindset brought out by devices like the FuelBand has immediate application for the future of the healthcare industry. John Nosta recently pointed out the link between all these fitness-tracking devices and better health and wellness:

“The application to health and wellness is significant and important! Direct monitoring of these activities can provide essential information to guide your individual wellness, but also can be a tool to track activity and sleep as a measure of drug or device efficacy--by a physician or a pharmaceutical company.  The clinical and lifestyle utility is endless.  And as technology advances, the use of small and unobtrusive devices to record blood pressure and blood chemistries (like serum glucose), ECGs and EEGs, respiration and a host of other yet discovered uses will make devices like the UP a breakthrough in health and fittness that will help redefine how well we take care of ourselves!"

In the future, the Nike+ FuelBand could even become a tool for the primary care physician: "You will download (or drop off) your "digital health diary" to the doctor's office and have the stored information be the basis for your "virtual physicial".  You don't need be there -- just leave the data."

Critics, of course, are fair to point out that the Jawbone UP has had its share of problems after it hit the U.S. market. Moreover, there has now been enough hype and buzz about the gamification of everything that it’s fair to ask: How much of all these game mechanics in products like Nike+ FuelBand are just a case of "gamewashing"? After all, who really wants to compare a bunch of flashing neon lights on their wristband all day? Don't we have enough "virtual currencies" in our lives already to be worrying about something called Fuel?

However, revolutions start with the ability to take complex concepts and make them palatable and attractive for the masses. Ideas such as the "Quantifiable Self" have been around for years. The ideas of "motivational hacks" and "gamification" have also been around for years. Most start-ups have focused on one or the other, but not both. What was needed was a champion to make these concepts real for people in the mainstream. Nike, as one of the most beloved consumer brands in the world, has the ability to turn the Nike+ FuelBand into part of a frontal attack on the modern healthcare establishment. Nike Fuel may just end up becoming a new mobile health platform that transforms "lifestyle tracking" into "lifestyle changing."