No Division of power will be granted 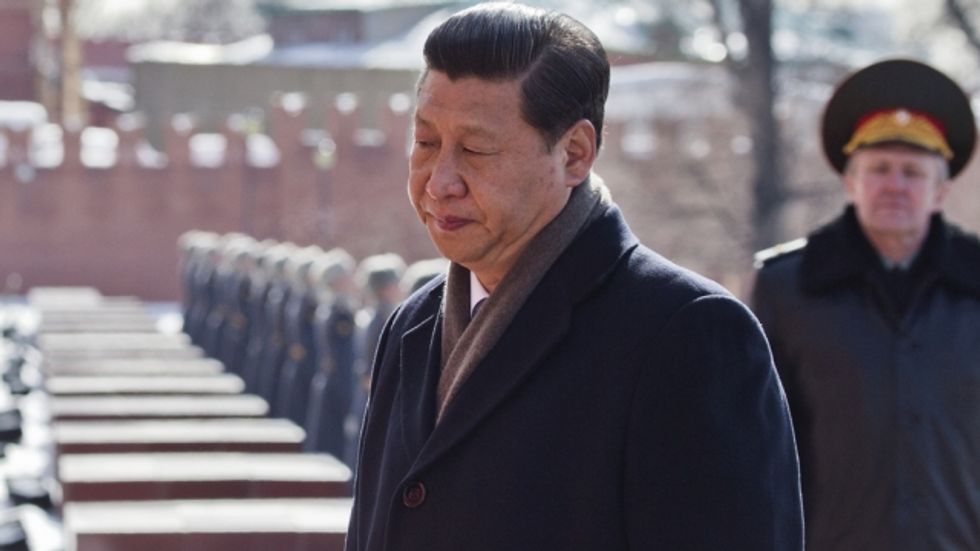 SHANGHAI - The Wall Street Journal's recent investigations - those parts that went into final print - paint a rather mild picture of the stressful situation in China, mainly concentrating on economic consequences of Xi's campaign. Your author believes, however, that the anti-corruption movement causes much more psychological stress, even anxiety or paranoia in all strata of Chinese society: Everyone knows someone who is corrupt, but few want to get involved in any of this. That's because China is not only cracking down on corruption, it is simultaneously going after the activists, democrats, and dissidents.

Let’s get this out of the way first: China is an economic superpower - rich and mighty. But there also loom deep-rooted political and social maladies which if not treated properly might compromise the country’s former economic successes. While the year 2013 saw over 110,000 cases of corrupt officials, Xi's campaign, now going into its second year, shows no sign of weariness. In fact, everyone seems suspicious, and the public can't wait to hear about the latest scandal or obscenity. Yet while punishing some individuals for obvious misconduct is in itself wise and recommendable, the campaign lacks major reforms of the system. Just this month another activist, Xu Zhiyong, was sentenced to four years in prison. He demanded transparency and the disclosures of politicians’ assets and earnings. That's not going to happen.

Grandly staged, but not sincere

Major breeding grounds for misconduct and abuse of officialdom are state-owned companies, public services, and higher education. In China, (some say based on its deep rooted Confucian way of life), gift giving, wining, dining, and doing favors, but also obedience, love for learning, and filial piety still determine much of the public life. This is amplified by the Communist Party who has mistaken itself for the state and constantly tells its subjects that the Chinese must be ruled by an authoritarian regime in order to prosper and that without the Party China would not work.

The Chinese government, essentially a party dictatorship with a snowball membership scheme, rejects any Western-style value systems like freedom of speech, human rights, the rule of law, and democracy, thus the division of power. It says that all those things do not work for the Chinese people because they are different.

That’s why Xi Jinping’s anti-corruption campaign, although necessary to remove the worst party offenders, is accompanied by an equally reckless crackdown on dissidents, democrats, and activists. It is rather sad.

All crows are black

Everyone in China is scared and intimidated by the idea of being accused of corruption (most are corrupt in order to get by) or of being labeled a traitor. On a cultural level, China’s most famous celebrities are either dissidents or crooks. Examples of the former are the Dalai Lama (exiled Tibetan leader), Liu Xiaobo (Nobel peace prize laureate), Ai Weiwei (world-renowned artist), and, perhaps, Chen Guangcheng (the blind peace activist); examples of the latter are Bo Xilai, Liu Zhijun (the former railway minister) and his clique (incl. Bai Zhongren, who recently committed suicide), and Zhang Yimou (who fathered three, maybe more, illegal children).

Xi’s crackdown, because of its intensity, may one day backfire on him, once his clan comes under investigations, most likely by foreign media (as in the case of the wealth of Wen Jiabao’s family, exposed by The Wall Street Journal). Mr. Xi obviously cannot crack down on his friends, relatives, and allies who might take revenge and incriminate his party leadership.

In addition, the millions of influential Chinese who hold foreign passports might be difficult to depress, because once they smell dangers they simply go abroad. In many cases, Chinese bosses hold posts in China in order to rake in the cash they will spend on real estate or their kids' education abroad. The Guardian, a British newspaper, recently reported about how China's Party officials transfer huge sums of money to Caribbean offshore havens.

Beware of the foreigners

Which leaves Xi’s government with another complicated situation: the corruption involving foreign multinationals. For over 30 years now China’s red capitalism was an (almost) lawless "wild-wild-east" scenario, and paying bribes to key decision makers (not necessary in cash, but in form of titles, luxury gifts, travels, donations, etc.) was a prerequisite for entering the market. Most firms were doing it, although few would dare to admit that.

JPMorgan, the investment bank, had a deliberate strategy to build influence in China buy paying off the sons and daughters of Chinese top politicians. GlaxoSmithKline, a British drug giant, was accused of corruption too. All this is not surprising; in China, it actually makes much sense to bribe powerful officials or doing something nice for their clan. That's because China isn't ruled by law, it is ruled by its leaders.

Xi Jinping’s government does not want to involve foreigners in its anti-corruption movement because it fears a Western backlash. But in all likelihood, many foreign firms are part of China’s successes as well as its problems.

Last, needless to say, Mr. Xi's anti-corruption campaign is mainly limited to provincial and local governments, and, sometimes, undesirable revolutionaries like Bo Xilai and his murderous wife Gu Kailai (she killed Neil Heywood, a British businessman who threatened to expose existential family secrets). The government's anti-corruption unit, however, has yet to touch a single member of the Party’s standing committee, the Central government, or their well-connected families. The rulers themselves are invisible to the mighty hammer of justice, yet it might squash any one of them accidentally.