Diary of a Mad Imperialist: Why Countries Stay In Abusive Relationships 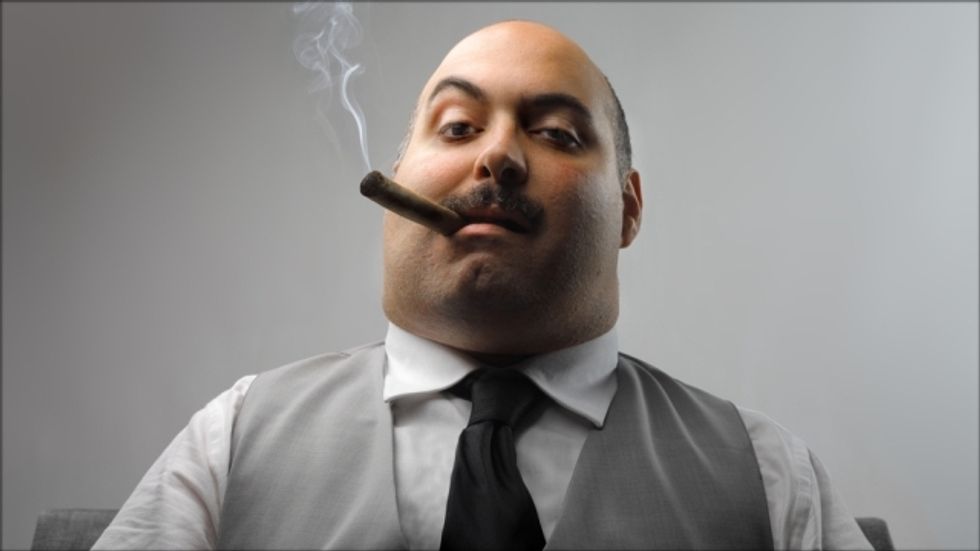 We cannot and we must not become Chinese, and at heart we don’t want to either. We must not seek ideal or higher meaning of life in China or in any other thing of the past; otherwise we lose ourselves and adhere to a fetish. – Hermann Hesse, 1921

SHANGHAI, March 2012 - About 111 years ago, the German emperor Wilhelm II. farewelled the East-Asian Expedition Corps from Bremen’s harbor to China in order to beat down China’s resistance to European imperialism. His orders were unequivocal: bring civilization to China, show no mercy to reactionaries, and teach China a memorable lesson so that no Chinaman will ever dare to look askant at one of us. Things of course have changed since then.

Airplanes have been invented. Germany’s Federal Minister of Education and Research and her delegation of top officials once again landed in Shanghai. China’s Pearl River Delta’s megalopolis is more populous than Germany’s capital, Berlin, and Hamburg, Munich, Cologne, Frankfurt, Stuttgart and the next ten biggest German cities combined. It’s awesome.

The Federal Minister certainly preferred Beijing, China’s capital and the center of politics and educational policy. Yet, most of the "schaffenden" Germans, those who actually produce material value since bilateral trade agreements began in 1979, have traditionally settled in Shanghai or farther down in the industrial south, in Shenzhen and Guangdong, China’s manufacturing bases. Over 5300 German companies are active in China, and 8000 German administrators are stationed in Shanghai alone.

The Tongji University of Shanghai is a German partner of choice. It was co-founded by Germans, handed honorary degrees to politicians like Gerhard Schroeder, the former Chancellor, and invites German lecturers by the droves. However, there are only about 250 German students studying full-time in all of China, most of them only for an exchange year, sitting dui wai hanyu classes (Chinese for foreigners). Compare those figures to the 25,000 proper Chinese students who study in Germany "for real." And unlike the Chinese in Germany, the Germans in China weren't obliged to provide evidence of 200 hours language work prior to applying for a student visa.

Over two dozens German professor chairs at Tongji are currently sponsored by German corporations; most of those senior fellowmen don’t speak a word Chinese of course – not learning the language of the colonized is an old tradition that I will not explain here. Needless to say, Chinese translators are cheap and come by the dozens for the prize of one German interpreter.

Meanwhile, the German political parties, the German media, the German Academic Exchange Service, the Max-Planck Society, the German Chamber of Commerce, the Goethe Institute –all state sponsored, pro-government organizations- they all have arrived in the Middle Kingdom already with the mission to make the Chinese do like the Europeans do, or to start chinabashing if the nation doesn't comply.

Germany’s hostility against China is overt and official. German media constantly demonizes China because it is too Chinese and too communist. According to the Asia-strategy-paper of October 23rd 2007, the ruling Christian Democratic Union and its junior partner the Christian Social Union (you thought Germany was a secular place, didn't you?) named China a “threat to European values, economic and political development”.

But let us come back to our Federal Minister; at Tongji’s Chinesisch-Deutsches Hochschulkolleg she gave a lecture that day (or shall we say, she lectured China) on “Global responsibility”. It all sounded suspiciously like a monologue about how China should westernize itself, and, perhaps then become civilized along the way.

Indeed, the Germans try to rectify Chinese culture whenever they can: German officials in Shanghai, illiterate in Chinese language and tradition, complain that Chinese family names and first names are backwards and thus should be re-arranged so that, say, Wang Yuhe becomes “Yuhe Wang”, Jin Li becomes “Li Jin”, Li Hao becomes “Hao Li” and so on. Surprisingly, they haven’t tried a “Zedong Mao”, “Weiwei Ai”, or “Jiabao Wen” yet.

Germany cannot patronize the English-speaking world (let by the United States), of course, but most smaller European states it can and does. Western observers are reminded today of the first Prussian diplomatic mission to East-Asia, the Eulenburg Expedition. In 1861, when Great Britain and France had just invaded Beijing over a commercial dispute concerning opium, Count Friedrich Albrecht zu Eulenburg forced a commercial treaty upon the Qing Empire on behalf of the entire German Customs Union. These days, the Germans consult China on behalf of the entire European Union: "We in Europe," they start...

Now, are China’s and Germany’s research industries compatible? Of course they are –if the Chinese become more German. No other future scenario exists. The idea that Germany could learn anything from China is utterly absurd –the Chinese want to drive German cars just as the Germans do. It’s a metaphor.

Are China’s and Germany’s educational systems compatible? The answer is a clear mafan (troube). First, Germany historically lacks elite universities and university rankings which we so naturally find in the United States, the United Kingdom, Japan, or China. You will see “Directors” and “Professors” flown in from such obscure places like Bochum University or Greifswald University who then co-chair with Chinese elite technocrats who graduated from Asia’s most competitive schools like Peking University, Tsinghua University, or Fudan University. It’s an honor for the Germans, but for the Chinese? They would rather work with their equals of Harvard University or Cambridge University. Learning English from Germans can be annoying, too.

Second, numbers matter: Germany has just 1.2% of the world’s population, China has 20%. Germany united in 1871, China in 221 BC. However, since the Germans indulge in the oriental fantasy that Europeans are of greater importance, hence they frequently commit a 'fallacy of category': We recently followed the ego of Minister President of Bavaria (a place with barely the population size of Linyi in the southern corner of Shandong province) on a fleeting trip to China’s capital, who was left enraged and in disbelief as to why President Hu Jintao and Premier Wen Jiabao felt no obligation to receive him.

Next, the old German education system has worn out –it’s now slowly modeled after the Anglo-Saxon one. As long as the German degrees back in the 20th century eluded comparison, the Germans assumed superiority, but after the Bologna Reform ended in 2010, German students can now be evaluated against their global peers. It turns out that German scores, according to the 'OECD Programme for International Student Assessment (PISA)', rank merely in the middlefield. Ironically, Shanghai students are now officially the best students in the world.

Last, Germany is a class society with a three-tier school system that reflects its class consciousness. It essentially means that children, after having spent four years in primary school together, are separated by the age of ten years onto three different school forms (there are quotas) which will then pre-determine their lives long before they understand the importance of grades, higher education, or even reach puberty. The United Nations believes the system is rigged in favor of parents, not children, and condemns Germany for it. That’s why China fares much better, I think, to rely on its class-blind, clear-cut meritocracy that leads kids of all backgrounds to the gaokao.

Indeed, the German spirit is a peculiar one. Germany never experienced the Enlightenment –only its own inward-looking Aufklärung; it lacks the crucial development where the Anglo-Saxon world learned, by experience, to co-exist in diversity.

To this day, German culture lacks a holistic conception of humanity; it prefers a linear way of thinking with European culture prominently ahead of China and others. Everything non-European is seen as an awkward deviation from German/Western standard. Unsurprisingly, Angela Merkel, the Chancellor, recently confirmed that multiculturalism is dead. It means that foreigners must be assimilated. But not in Shanghai please where the Germans will always be German.

If we don’t talk about it, imperialism never stops. It changes paradigm, then rattles on. A Chinese student recently asked me: Do the Germans want to teach more Chinese students because they are really interested in us, or just because the Americans were doing it first?

I vaguely recalled our mission and replied dutifully: No –this commitment to teaching orientals we truly share. It’s our global responsibility to make you more like us. That’s why we are here. Yet again.