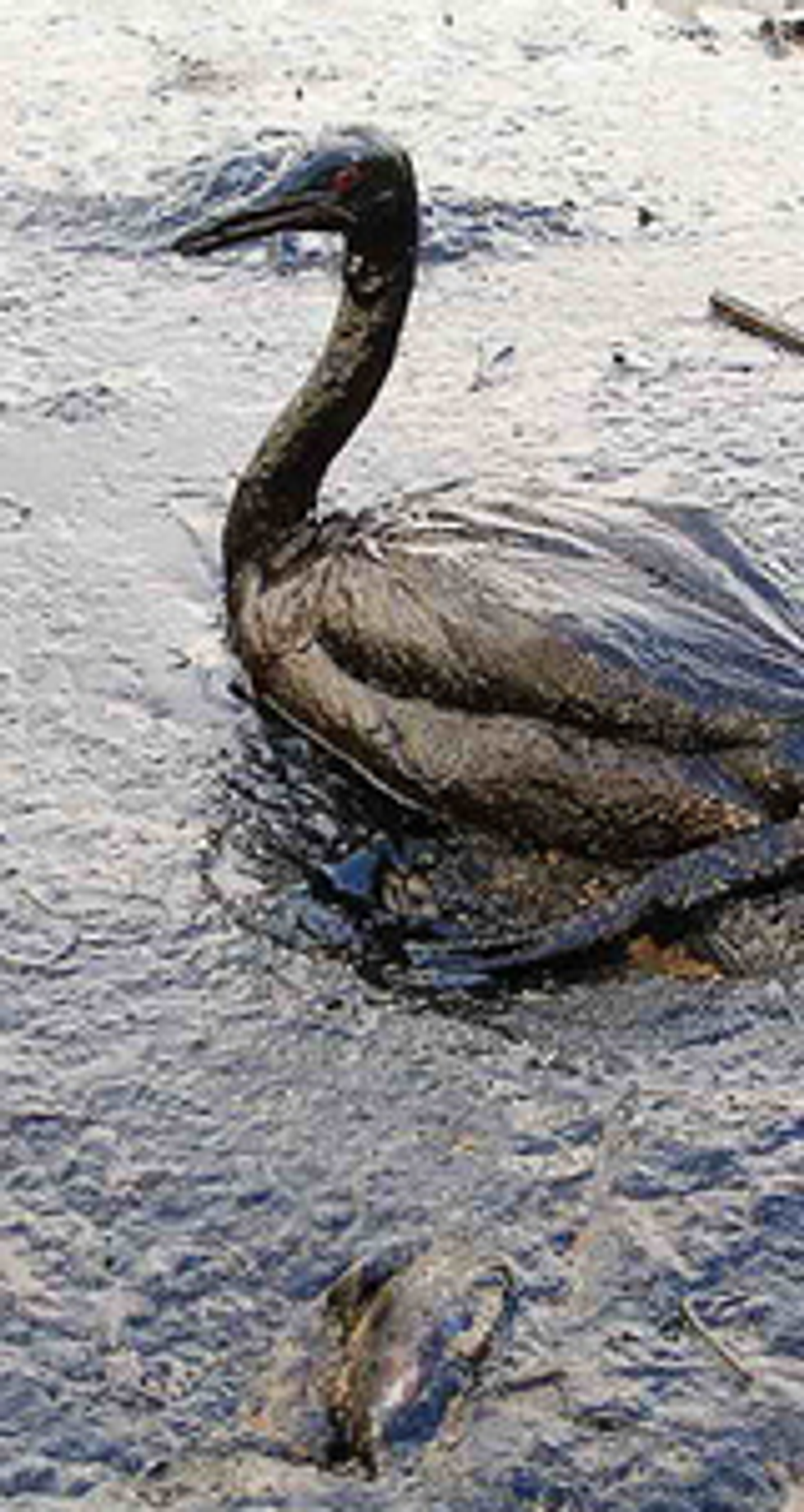 A press release by BP (British Petroleum) today announced that "the volume of oil and gas being collected by the riser insertion tube tool (RITT) containment system at the end of the leaking riser is estimated to be about 3,000 barrels a day (b/d) of oil and some 14 million standard cubit feet a day of gas. The oil is being stored and gas is being flared on the drillship Discoverer Enterprise, on the surface 5,000 feet above." An estimated 19,000 personnel have been deployed, 930 vessels are on the site of the spill, 1.9 million feet of boom are deployed, 187,000 barrels of oil-water mix have been recovered, 17 staging areas are set up to protect the shoreline, 19,000 claims have been filed with 8,000 already being paid.

The question everyone is asking: Is it Enough?

BP (British Petroleum) has tried a number of maneuvers to stop the oil gusher and have failed. They are continually trying to use underwater remotely operated vehicles (robots) to shut off the spigot which has many failed attempts. They successfully capped oil well but there are others that are still leaking massive quantities of oil. Recently, they tried to put a hood around the oil wells to siphon off some of the oil but that was also a partial failure because methane gas began to crystallize creating a slush which made the cap unusable. However, more interviews with the survivors of that horrible explosion in the Gulf have begun to reveal what may have actually happened in the opening seconds of that explosion. Apparently, it was a methane gas explosion which created a series of events that set off the entire explosion. What happens is that at the bottom of the ocean, there is large quantities of methane which are under tremendous amounts of pressure (about 150 times that of atmospheric pressure). With the extreme depths of the ocean, there is also an extreme depths of temperature. As a consequence of the cold, the methane is not in a gaseous form but rather in a crystalline form. However, sometimes the bubbles from methane can get into the pipe and as they rise up they expand rapidly because they start to heat up which can blow the top of an oil well. So basically, There was a methane gas bubble that shot up the pipe eventually reaching atmospheric pressure, somehow came into contact with a spark thus creating the massive explosion killing 11 workers in the process.

There is now an additional problem with methane and the hood that BP has recently installed over of the oil well. The problem is that methane crystals began to form inside the hood causing it to clog, making in nearly impossible to siphon off the oil. BP however isn’t going to give up after these failures but at a certain point many people are saying that it could eventually go to the fallback plan. This plan, which won’t go into effect for several more months involves drilling a parallel well right into that same oil field to siphon off some of the oil. Another fail safe measure is to also eventually shoot concrete to try and plug up the existing hole. But this type of process is estimated to take 2-3 months, so the agony will most likely continue for quite a while unless one of these measures works efficiently.

BP of course is looking at any and all possible avenues to find a viable solution to these growing concerns, quickly. In fact, they are even looking at Hollywood actors for answers. Kevin Costner for example has invested 15 years and about $24 million of his own money for the development of an oil device that he claims will clean oil from the water at a rate of 97%. Mr. Costner’s company, Ocean Therapy Solutions has 20 such machines capable of cleaning approximately 200 gallons per minute. He demonstrated the machine in New Orleans last week and now BP along with the U.S. Coast Guard plan to test six of his companies largest machines sometime next week. Even James Cameron (Avatar director) stated that he would offer several of his privately owned submarines (which he has owned since his days of the Titanic filming) to help with the below-sea repair efforts and add to the dozen remotely operated submarines that BP is already using.

Meanwhile, people are beginning to calculate the final toll that this is going to take. If we take a look at the fishing industry in Louisiana, Mississippi & Texas for example, they are about a $2 Billion per year industry, each. Just in the Gulf of Mexico, property damage could eventually rise to perhaps $6 Billion. However, if the oil slick now begins to go around Florida, we may expect to see an estimated $50 Billion in lost commerce and lost economic activity which of course would trickle down to an entire plethora of other industries. This gives rise to the question of where the money is going to come from and who is going to pay for it?

Think of all of the factors that come into play when dealing with something of this magnitude:

The main problem we have is the fact that this isn't a vessel where there is a finite amount of oil. The most familiar case was the Exxon Valdez oil spill where approximately 11 Million gallons where spilled of it's 53+ Million gallons the vessel was carrying. This particular spill could in a sense continue to flow for months until it's capped. A recent interview with Dr. Reese Halter (award winning conservationist and founder of The Global Forest Science Organization) on my radio program, Science Fantastic states that we don't even really know how much oil has been bled into the Gulf. He stated that estimates have ranged from approximately 2-9 Million gallons so far without an end in sight. People are starting to wonder how far the current is going to take this oil slick which you can already see from space.

Here a few links if you wish to stay updated on the ongoing efforts of BP (British Petroleum) to fix the problem.

Needless to say - We still have a lot of work to do and who knows how long this is going to take to fix and clean up. This may be - The Mother of all Oil Spills.