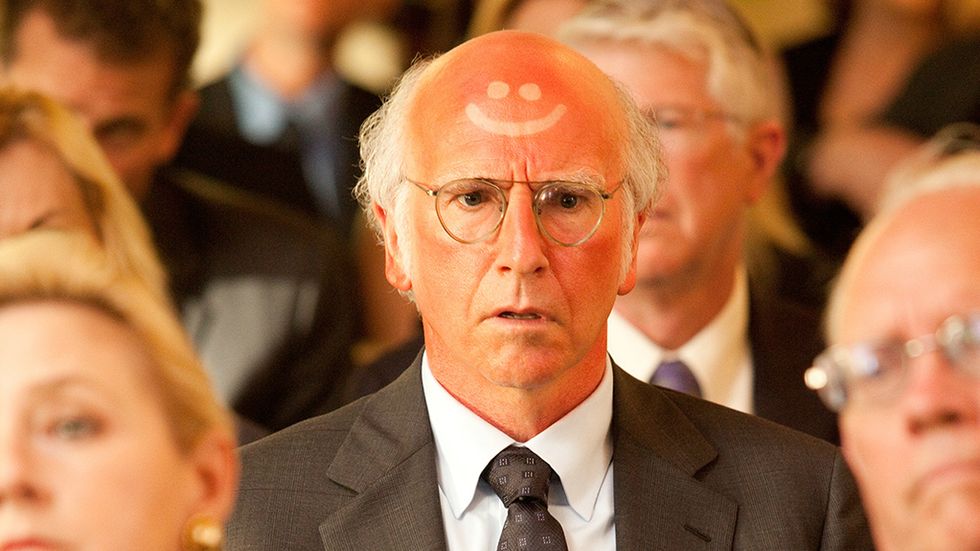 Has anyone ever told you to “smile!” or “cheer up!” while you were trudging through a bad day? That's actually awful advice, according to new research that suggests habitually accepting negative emotion rather than criticizing or smothering it is significantly better for your long-term psychological health.

To learn more about handling negative emotion, I asked study lead author Brett Ford about habitual acceptance and society's fixation on being happy. (Edited and condensed for clarity.)

This is a great question, and it's one that we don’t yet have a thorough empirical understanding of — there’s much more work to be done regarding who are the people who end up frequently using emotional acceptance in their daily lives.

I'm reminded of this scene from "Curb Your Enthusiasm." Do you think this research can tell us anything about how we should interact with people who are clearly experiencing negative emotions? Should we not say "smile!" or echo sentiments like "cheer up!"?

...When you have people on the street asking you to smile and friends telling you to ‘cheer up’, it begins to make sense why ours is a culture that tends to value happiness and devalue negative emotions.