This Skyscraper Would Dispense Apartments Like A Vending Machine

Haseef Rafiei, a young Malaysian architect, had a thought one day: what if we could convert the real estate industry into an automated vending system? 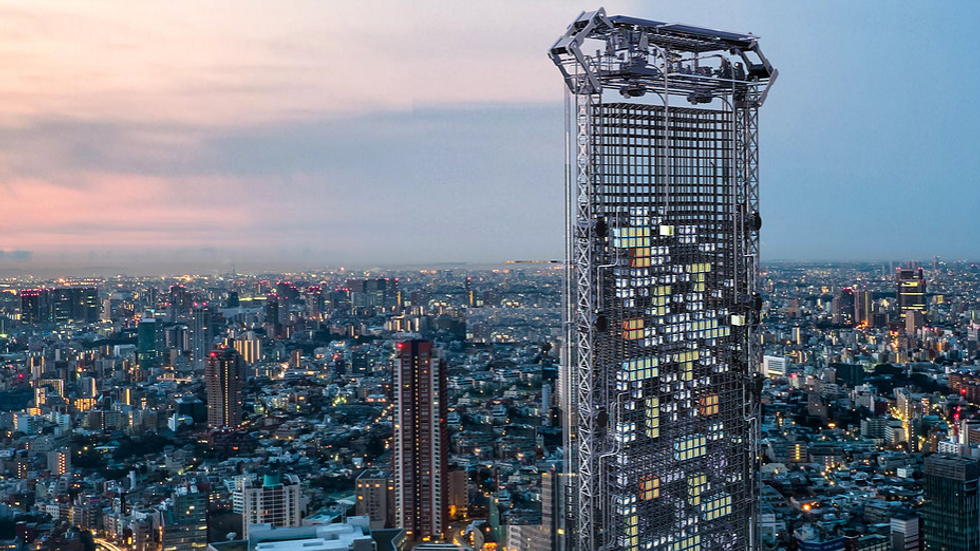 Haseef Rafiei, a young Malaysian architect, had a thought one day: what if we could convert the real estate industry into an automated vending system? Then he went on and created the concept for the House Dispensing Skyscraper - Pod Skyscraper.

Rafiei was inspired by the avant-garde capsule structures proposed by the Metabolist Movement of Japan in the sixties. It was based around the idea of fusing organic, biological growth with architectural megastructures.

The Nakagin Capsule Tower in Tokyo is a famous example of the Metabolism movement. Photo Credit: Wikimedia Commons

A particular problem that Rafiei wants to address with his Pod Skyscraper is the wastage of materials and resources in the construction industry as well as the abandonment of construction projects. For example, the UK construction industry is responsible for 32% of landfill waste. Rafiei proposes an automated 3D printed building that grows in parallel with the city’s housing demand.

The Pod Skyscraper starts off as a giant steel skeleton equipped with a 3D printer at the top. It can produce pods on demand with materials that are pumped up by hydraulics on the sides of the building. The pods are customizable – made of sub-pods which cover the various amenities like kitchen, bathroom, toilet, study, bedroom.

The lobby of the building is filled with self-service machines that are connected to the building’s interface for purchase and pod customization. Once a customer designs and purchases a pod it is instantly produced and livable as soon as it is connected to power and servicing pipes.

The pods can be designed for all kinds of purposes – storage, offices, a gym – optimizing the use of the real estate. Once abandoned or no longer being used they can be dismantled and kept in storage or brought back to the printer to be recycled.

The Pod Skyscraper concept won an honorable mention in the eVolo Skyscraper Competition. It is certainly a design we haven’t seen before and something that could fit well into Japan’s minimalism.