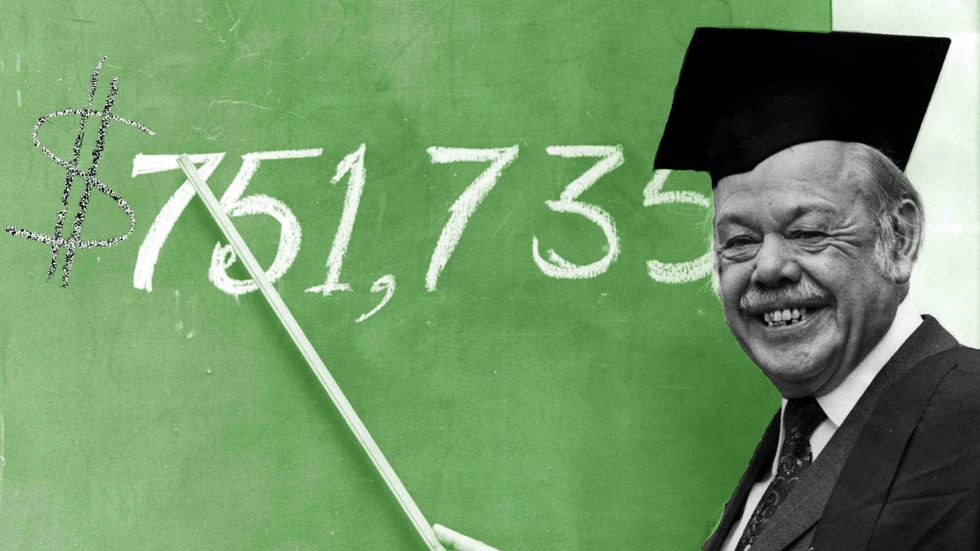 California Trust for Public Schools, an educational fundraising organization, will be collecting signatures for a new initiative measure called The Teacher Fair Pay Act that aims to amend the text of the Education Code and the Revenue and Taxation Code. If successful, Californians will get to vote on the pay raise in November 2018.

The proposal is to establish the California Achievement Trust Fund to supplement existing state and local funding. The money in the new fund will only be available to the State Department of Education for the purpose of ensuring that teachers’ salaries are competitive with the private sector and similar public sector professionals.

The exact text reads that, “In no case shall a full-time teacher […] be paid less than a non-leadership member of the California State Legislature.”

In order to pay for the increase in salaries, the organization is proposing a new sales tax on all retailers at the rate of two percent of the gross receipts.

To back the proposal, California Trust for Public Schools cites some worrying trends. Over the next ten years 100,000 California teachers are expected to retire, yet new teachers leave the profession at a rate six times greater than other public employees while the number of college graduates preparing to become teachers has plummeted by seventy six percent over the last decade.

Young people have fewer and fewer incentives to become teachers, but effective teachers are the single most important factor in children's education. The latest report from the Organization for Economic Development and Cooperation (OECD) shows that while U.S. teachers out-earn their international colleagues with starting salaries of about $42,500 compared to under $31,000, U.S. teachers make less than 60 cents on every dollar made by others with their education level, which is the biggest gap of any OECD country. The report also found that U.S. teachers work longer hours, nearly 270 more hours of teaching than the international average.

"'If we want the best and the brightest teachers in our classrooms, we have to pay competitive salaries. Adjusted for inflation, a teacher should make $125,000 today to make what they did in 1960,' and added that teacher salaries lag 17 percent behind salaries in the private sector and comparable public sector professions."

Litchman also points out that "unlike legislators, being a teacher requires a college education, an advanced degree, and ongoing professional training, and, unlike legislators, teachers often work in dangerous, challenging, and substandard conditions in schools that can be poorly maintained and woefully underfunded."

Proponents of the measure will need to collect 365,880 signatures in 180 days to get it on the ballot. Then it will be up to the voters to decide whether to make it active starting January 1, 2020.