An Interview with Mary Johnson, Author of "An Unquenchable Thirst" 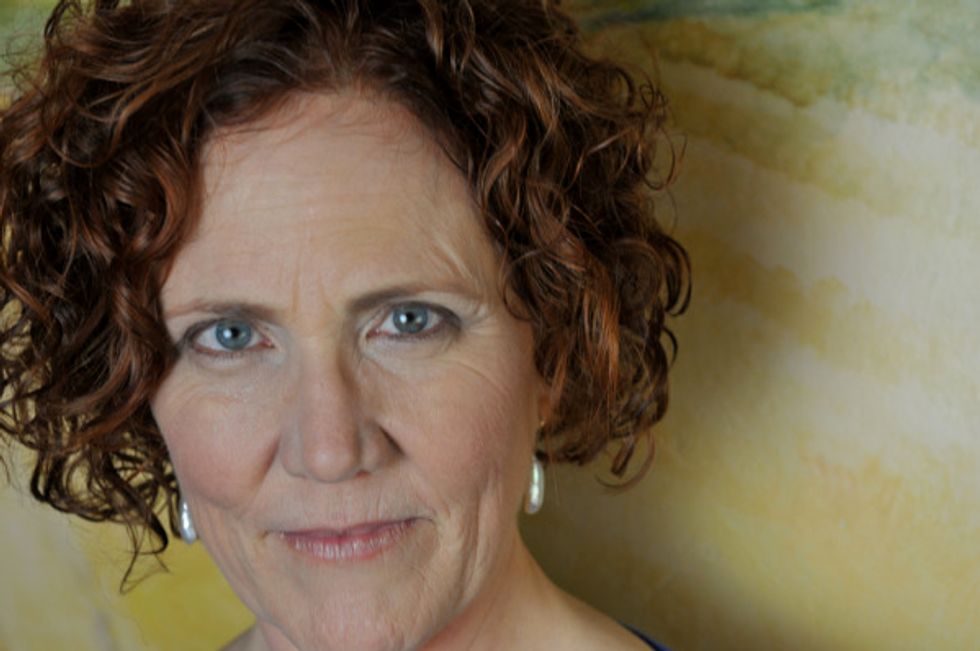 Last month, I posted my review of "An Unquenchable Thirst", Mary Johnson's luminous and enlightening memoir about the twenty years she spent as one of Mother Teresa's nuns. After writing that review, I reached out to her to ask if she'd be interested in an interview. To my delight, she was! Please welcome Mary Johnson to Daylight Atheism as she discusses her book and her extraordinary life story, and if you have questions, feel free to ask them in the comments. —Adam

Tell us a little about your early life. Were you raised Catholic? What first motivated you to become a nun and join the Missionaries of Charity?

My parents belonged to the Catholic charismatic movement, which fostered a very personal relationship with a loving God. My family attended church together every Sunday and prayer meetings twice a week. We prayed together every morning before anyone left the house. That said, there was no pressure on me to become a nun, and my parents were upset when, as a high school senior, I decided to follow Mother Teresa as a Missionary of Charity. I'd been deeply moved when reading about Mother Teresa's service to the poor, and my religious upbringing led me to identify that fervor as a call from God.

How long did you work for the Missionaries of Charity? What were some of your more notable experiences?

I joined the Missionaries of Charity in the South Bronx in 1977, during the summer of the Son of Sam and the blackout - a very interesting time for a Texas teenager in New York. I continued my training in Rome, where I taught Romani children to read and write and - a much harder job - tried to learn to obey my superiors. After more work in the South Bronx, Washington DC and Winnipeg, I returned to Rome to take my final vows, and remained in that lovely city until 1997. During my twenty years as a Missionary of Charity, I came to know Mother Teresa well, and traveled with her several times. I stood behind Mother Teresa when she met Princess Diana for the first time, and I'll never forget the sight of Diana's shiny black pumps outside the chapel next to Mother's multiply mended sandals. When the Vatican issued a new code of canon law, I was assigned to rewrite the Missionaries of Charity's governing documents, documents that Mother Teresa had written on her knees before I was born. Eventually Mother Teresa assigned me to prepare young women before their vows. Though I rose up the ranks rather quickly, I also began breaking the rules and developed a relationship with a sister, then with a priest. In your review of An Unquenchable Thirst, Adam, you expressed surprise at the amount of sex in a book about nuns. People in the church avoid talking about what it's like to live an ostensibly celibate life — and I think that needs to change. We have to learn to be honest about real human experiences.

What first inspired you to have doubts?

My doubts in the convent were more questions about my call than doubting God or my Catholic faith — that came later. Though I'd felt called to serve the poor, I was assigned years of administrative work. Eventually when I was superior of a house that cared for refugee women and their children, I was forbidden to start programs that would have helped the women toward self-sufficiency; my superiors insisted that I limit myself to providing food and shelter. As Mother Teresa aged and her health failed, I clashed with two powerful sisters who had pulled the community very far to the right. I also realized that I needed deeper human connections than the rules allowed. I kept hearing within me the words of Jesus in the gospel: "I came that you may have life, and have it to the full" — and life in the MCs didn't look very full. I felt as though I was suffocating.

What was it like leaving the convent after twenty years in the fold? How did you adjust to ordinary life outside the church?

I suspect that in some ways I'm still adjusting. It was an enormous liberation — and a real challenge — to begin deciding things for myself, to set my own schedule, to determine my own future. The first time my sister took me to a restaurant, it took me forever to decide — for twenty years no one had asked me what I wanted to eat. I'd never used an ATM or a microwave before, never pumped my own gas, much less used a computer. But the biggest changes had to do with learning to think for myself, looking at my beliefs objectively and sorting out what I thought and how I wanted to be in the world.

How would you describe your beliefs today?

I believe in mystery. I joyfully acknowledge the limits of my knowledge. I rejoice in the wonder of the universe and glory in a shared existence with people, plants, animals, stars, rivers, and microbes. I enjoy a more directly experienced life, without the imposition of a big story that assigns arbitrary meaning. Instead, I create meaning every day by engaging with my surroundings with honesty, curiosity, and loving responsibility. I no longer believe in a supreme being. In the beginning of my life without God I often felt lonely and confused — it's not easy to restructure one's worldview — but now I experience an immediate, exhilarating connection to life.

What do you think of Mother Teresa as a person? Some people, most notably Christopher Hitchens, have argued that she glorified suffering and wasn't interested in providing real medical care to the sick and dying. Does that accord with your experience?

Mother Teresa was, without question, the most dedicated, self-sacrificing person I've ever known, but not one of the wisest. Mother Teresa wasn't interested in providing optimal care for the sick and the dying, but in serving Jesus, whom she believed accepted every act of kindness offered the poor. She had her own doubts and feelings of abandonment by God, but her spiritual directors urged her to interpret these "torments of soul" as signs that she had come so close to God that she shared Jesus' passion on the cross. Under the sway of such spin, Mother Teresa came to glorify suffering. This resulted in a rather schizophrenic mindset by which Mother Teresa believed both that she was sent to minister to the poor AND that suffering should be embraced as a good in itself. Mother Teresa often told the sick and dying, "Suffering is the kiss of Jesus." Mother Teresa's sisters offer simple care and a smile, not competent medical treatment or tools with which to escape poverty. One could argue that Mother Teresa's faith both facilitated and tragically limited her work. With the enormous resources at her disposal, Mother Teresa could have done more, but she always saw helping the poor as a means to a supernatural end, never a good in itself.

Is the Catholic church more conservative today than it used to be over the last several decades? If so, why do you think that is?

The current pope and his predecessor have pulled the church further and further to the right by appointing conservative bishops and favoring leaders and organizations on the right. It angers me that while American bishops protest the supposed violation of their religious liberty by civil law, they deny freedom of conscience to those within the church. A dissenting Catholic theologian or an activist for gay rights or women's rights is more likely to be disciplined or discredited today than in past decades. Bishops have adopted a strategy of appealing to traditionalists because traditionalists don't question authority. The bishops prefer a smaller, loyal church to a more inclusive church in which they would share power with women and lay people.

Some of my commenters have said that it's impossible for a person to do real work for feminism as long as they're a part of Catholicism. Do you think that's a legitimate assessment or do you think it's still possible to reform the church from within?

I applaud anyone who seeks to reform an organization they care about. Many women and men have told me they remain in the church despite the injustices because the church is family and cannot be abandoned. Some of these people manage to do good work, but at a certain point I think one has to question where one's energies are best spent. Good works, reasoned arguments, and impassioned protests haven't yet budged the Catholic church's official position on women. For me, remaining in the church would have felt like remaining in an abusive relationship.

Because ordained men hold all Church power, real change in favor of women seems to require ordained men whose dedication to justice exceeds their love of power. Men like Oscar Romero, Roy Bourgeois, and perhaps John Paul I (who died before we could really tell) are in short supply. Sometimes I wonder what might happen if church women staged a boycott until women's ordination was recognized. No women staffing Catholic hospitals or schools. No women raising funds for cathedral renovations. No women vacuuming rectories, laundering clerical garb, or cooking priestly meals. That might get their attention. Maybe.