During World War I, a British engineer named Frederick Lanchester proposed that size matters when it comes to one group having a fighting advantage over another. His calculations showed that the greater the difference in size between two warring groups, the worse the outcome was likely to be for the smaller one. Makes sense. It apparently also made sense to the Viking families in Iceland around the end of the first millennium, according to a new article in ScienceNews. 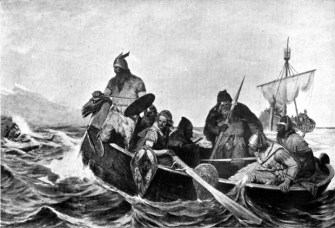 Evolutionary psychologist Robin Dunbar of the University of Oxford and his team recently released a study, “Family Counts: Deciding When to Murder Among the Icelandic Vikings,” in Evolution & Family Behavior based on the study of three major Viking-family sagas that covered a period from 900-1100. These are epic written works, full of the stuff of Viking lore, and stand as our best record of births, marriages, feuds, and agreements.

Murder was a common way that Viking families expanded their land holdings, and there was quite a lot of bloodshed. The killings spoken of in the sagas involved 1,020 people in some way, all of whom belonged to a network of families. Of all the men mentioned in the sagas, 18% wound up murdered. 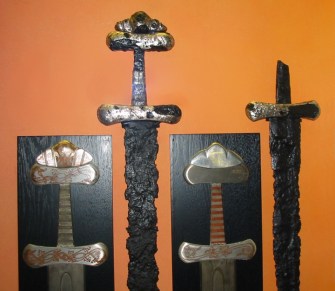 Just 66 individuals were responsible for 153 murders. Of these:

The study’s major insight is that apparently the larger one’s family, the higher the body count — murderers had almost three times as many relatives as their victims did, including both biological family and relations through marriage.

The most prolific killers were attached to the largest families, with two-thirds of all the perpetrators having significantly more relatives than their prey. (The one-hit wonders barely had larger families than their victims.)

It’s not that the Vikings were without the rule of law. Norse custom awarded to the victims’ families the right to a compensatory fee or a revenge killing that allowed the victim’s family to save face and help it avoid additional losses. This is in part what lay behind the deadly calculus at play: A larger family was better-equipped to hold off revenge killings, so it was riskier for a person in a smaller clan to kill someone from a larger one. 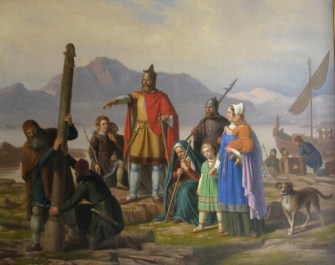 This is not the only case of researchers uncovering this phenomenon, with deadly raids between competing human populations going back perhaps as far as 10,000 years. Nor is it restricted to ancient times. Some modern village-based and hunter-gatherer societies have high murder rates that result from ongoing family feuds. There’s also evidence that wolves and chimps keep an eye on competing populations to assess their own odds of mounting successful attacks.

Family’s important to most people, but arguably not quite as critical a factor in one’s survival as it was in early Iceland.

“The digital HQ – the digital infrastructure that supports productivity and collaboration – actually became more important than the physical HQ.”
Up Next
The Present

What can Instagram tell us about narcissists? A bit, actually.