The researchers, Norman P. Li and Satoshi Kanazawa, of the Singapore Management University, Singapore and the London School of Economics and Political Science, UK, respectively, were investigating the “savanna theory” of happiness.

The savanna theory — also called the “evolutionary legacy hypothesis” and the “mismatch hypothesis” — posits that we react to circumstances as our ancestors would, having evolved psychologically based on our ancestors’ needs in the days when humankind lived on the savanna. 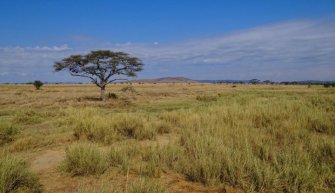 The study analyzed data from interviews conducted by the National Longitudinal Study of Adolescent Health (Add Health) in 2001-2002 with 15,197 individuals aged 18–28. The researchers looked for a correlation between where an interviewee lived — in a rural or urban area — and his or her life satisfaction. They were interested in assessing how population density and friendships affect happiness.

How We Feel About Being in Large Groups 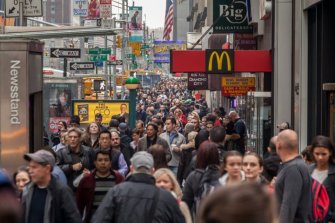 The study found that people, in general, were less happy in areas of greater population density. The report’s authors see this as support for the savanna theory because we would naturally feel uneasy in larger groups if — as evidence they cite suggests — our brains evolved for functioning in groups of about 150 people:

The study discovered, though, that the negative effect of the presence of lots of people is more pronounced among people of average intelligence. They propose that our smartest ancestors were better able to adapt to larger groups on the savanna due to greater strategic flexibility and innate ingenuity, and so their descendants feel less stressed by urban environments today.

You’ve Got to Have Friends. Or Not. 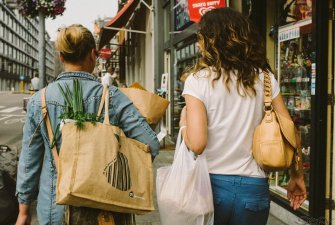 While it seems self-evident that good friendships increase life satisfaction in most people, Li and Satoshi and Kanazawa note, surprisingly, that they know of only a single study that looked at the reason why this is true, and which concluded friendships satisfy psychological needs such as relatedness, the need to be needed, and an outlet for sharing experiences. Still, the reason a person has those needs remains unexplained.

Li and Kanazawa feel that we need look no further than the savanna. They say that friendships/alliances were vital for survival, in that they facilitated group hunting and food sharing, reproduction, and even group child-rearing.

The data they analyzed supports the assumption that good friendships — and a few good ones are better than lots of weaker ones — do significantly increase life satisfaction for most people.

In highly intelligent people, though, the finding is reversed: Smart people feel happier alone than when others, even good friends, are around. A “healthy” social life actually leaves highly intelligent people with less life satisfaction. Is it because their desires are more aspirational and goal-oriented, and other people are annoyingly distracting?

However, just in case this makes too much sense, the study also found that spending more time socializing with friends is actually an indicator of higher intelligence! This baffling contradiction is counter-intuitive, at least. Unless these smart people are not so much social as they are masochistic.

Related
The Learning Curve
Why do high IQ people stagnate in their careers? Emotional intelligence
Research suggests that emotional intelligence is more vital for success than IQ.
The Present
Even in the age of AI, some problems are just too difficult for computers
Computers are growing more powerful and more capable, but everything has limits
The Future
How the metaverse will revolutionize K-12 and higher education
Imagine going on a tour through the human circulatory system as a tiny cell. That is just one example of education in the metaverse.
Starts With A Bang
Ask Ethan: What are white holes, and do they really exist?
In General Relativity, white holes are just as mathematically plausible as black holes. Black holes are real; what about white holes?
Life
Strange life forms create an “alien” ecosystem in an abandoned uranium mine
Slimy biofilms made up of bacterial and eukaryotic life forms have taken over an abandoned, flooded uranium mine in Germany.
Up Next
Culture & Religion
T.C. Boyle – Lost on Purpose – Think Again Podcast #73
Spontaneous talk on surprise topics. Fiction writer and environmentalist T.C. Boyle on the crazy, contested world we might not be able to inhabit much longer, and what we’ll do after that.