Livability is a simple concept. On the whole, it’s a metric that assesses which cities provide the best (or worst) living conditions for humans. This said, the city of Vienna, Austria, has taken the gold, again, as the most livable city in the world, according to the (EIU) Economist Intelligence Unit’s most recent index report.

The Austrian capital scored a near perfect score in all of the factors that (EIU) categorizes to create a “livable city” score.

The EIU index ranks 140 cities and takes into account 30 factors that are broken down into a subset of five categories: stability, culture and environment, education, infrastructure and health care. Vienna scored a 99.1 out of 100.

The top spots have been filled by cities located predominantly in Australia, Canada, and Japan.

“Overall, our index remains dominated by medium-sized cities in wealthy countries. These cities have well-funded public healthcare systems, compulsory and high-quality education, and functional road and rail infrastructure,” the report noted that these factors need to also be paired with other progressive cultural political systems. “The provision of these services is assisted by the presence of fully democratic electoral systems and generally low levels of corruption.”

High crime rates and inferior infrastructure stopped most larger and American cities from breaking into the top 10. A notable exception was Tokyo, which shows that size isn’t always an exclusionary factor for becoming a livable city.

“The presence of Tokyo in the top 10 demonstrates that it is possible to scale up these characteristics, but maintaining these levels of performance in cities with two, three or four times as many people is challenging, especially when such cities also tend to be greater magnets for crime and terrorism.” 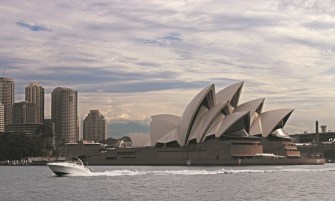 To assess living conditions, the index takes into account all of these 30 factors and then compiles them together to create a weighted score between 1 and 100.

The group has been publishing the annual Global Livability Ranking for a number of years to track and chart the progress of cities worldwide. Over the past year, they’ve observed that, on average, scores for stability have risen, one factor being the perceived threat of terrorism has subsided. Improvements in local citizenry relations has increased in a number of places throughout the United States, such as “Seattle and Houston in the U.S., and Seoul in South Korea.”

Paris, France, has been one of the highest ranking cities to have fallen in terms of stability score, owing to the anti-government protests that started late last year in 2018.

Vienna is exemplary in all metrics, making it difficult to pinpoint an exact standout factor for its livability score. It’s easier to look at what constitutes a lowered standard of livability and compare that to see how major world renowned cities, such as New York City (ranked 58th), come up short.

For example, most American cities are low on stability and infrastructure. There’s too much of a prevalence of violent crime, civil unrest, lack of quality housing, and out-of-shape transit networks. For the most part, American cities are keeping pace in other areas such as the environment.

That’s something that cities in emerging markets have to take into account as they’re the most susceptible to the calamities of the worldwide climate crisis. According to the researchers:

“A slew of cities in emerging markets that are among the most exposed to the effects of climate change have seen their scores downgraded. These include New Delhi in India, which suffers from appalling air quality, Cairo in Egypt (where air quality is also a major issue) and Dhaka in Bangladesh.”

Indeed, both emerging markets and top index cities need to be wary of climate change. A lack of a concentrated global effort puts every city at risk for losing livability when it comes to the environment. The report also states:

“The incidence of extreme weather events, such as flooding and heatwaves, is rising around the world, and cities in emerging markets are often the most directly affected and the least resilient. That said, we see climate change as a global phenomenon, which threatens the livability of cities at the very top of the index too.”

Countering rising temperatures and climate devastation is the only way to maintain the current levels of livability we’re seeing across the world. 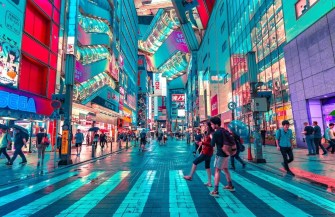 What makes a city livable?

The five main categories of this report consisted of qualitative and quantitative factors that measure livability. Each factor is then analyzed as either: acceptable, tolerable, uncomfortable, undesirable or intolerable.

Individuals can determine how this might affect their lifestyle in a given location and then compare it between other locations.

Assessing livability has a broad range of uses, from benchmarking perceptions of development levels to assigning a hardship allowance as part of expatriate relocation packages.

The top 10 list of most livable cities in the world according to the Global Livability Index 2019 is as follows:

Anything from a range of 80 to 100 showcases a great living environment. Seventy to 80 shows that regular day-to-day living is fine in general, but you could run into some problems. Sixty to 70 is when negative factors have an impact on your everyday life, while 50–60 livability is considered substantially constrained. Finally, 50 or less and most aspects of living are severely restricted.

The move comes amid a surge of vaping-related hospitalizations.