From a technical point of view, it’s not that complicated, and there are a few ways to do it. Since the donor has already died, there’s no anesthesia required, for one thing. The key is to harvest the sperm as soon as possible after death, preferably within 24-36 hours. The sperm doesn’t need to be lively, just alive. 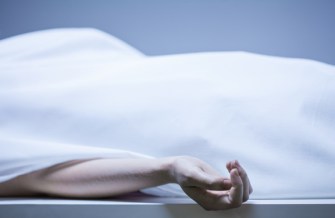 If this seems creepy to you, the intent is anything but. When a couple is planning on having children but the man dies before that happens, it’s typically love that drives a mate’s desired to harvest the deceased’s sperm and go ahead and give birth to the child, or children, they’d been planning. On occasion, it’s a dead man’s parents hoping to give a beloved son a sort of second pass at life.

It was in the late 1970s that Los Angeles urologist Cappy Rothman got his first request for a post-mortem sperm harvest, from the chief resident of surgery at UCLA who asked him to extract the sperm from a prominent politician’s son who had just perished in a car crash. The first successful birth from post-mortem sperm extraction, though, wasn’t until in 1980. The baby’s name was “Brandalynn.”

The legal status of children born this way is almost as interesting and unsettled as the status of the sperm itself. While a court ruled in Vernoff vs. Astrue that Brandalynn wasn’t entitled to survivor’s social security benefits from her father, an Arizona court ruled in another case that children conceived after their father’s death were indeed eligible for benefits.

There are far more questions surrounding who owns the sperm, and in fact, what it even legally is. Courts have recently endowed sperm with a higher legal status than organs, blood marrow, or blood, thanks to its potential to create life.

Rothman is now medical director of a clinic that offers post-mortem extraction, California Cryobank, which has performed close to 200 such extractions, with an average of about nine per year. There are many other places that provide the service, but its availability from place to place or even institution to institution is about as inconsistent as possible. There are unofficial guidelines developed by Cornell’s urology department that many doctors use, but legally, it’s a mess. 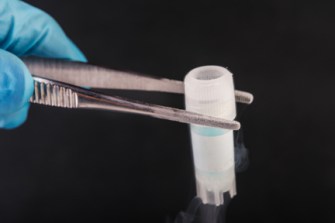 To begin with, the fertility industry altogether is largely unregulated. Then, with a stunning array of deeply felt opinions regarding the practice, and not much legal precedent, it’s no surprise that court rulings allowing and banning post-mortem sperm collection have been all over the map. At one edge, there’s the wife who wants to finish creating a family she and her husband intended to have, while at the other are those who believe that post-mortem extraction unforgivably violates the dead. There are many shadings of opinion view in-between, with questions of legal authority to request a collection, timing, use of the extracted sperm, and on and on. Martin Bastuba, of Male Fertility & Sexual Medicine Specialists in San Diego told The Atlantic that, “There are no specific rules. Most of the laws on the books were written before this technology really existed.”

Added into the confusion is the philosophical disagreement over whose wishes are most important, the deceased or his survivors? It’s an old question that’s become freshly relevant with medical technology’s introduction of new and sometimes troubling possibilities. On one side, if you’re dead can you be harmed if your wishes are overruled? On the other, we care about what happens after we die—to ourselves, our loved ones, and our possessions—and have a general agreement with others to respect both parties’ wishes. Of course, a couple can avoid this question by legally documenting their wishes in the event of tragedy.

It must be heartbreaking to be struggling with these issues at arguably the worst time in a survivor’s life. It’s a troubling reminder of how our ethical and legal constructs are struggling to keep up with advancing medical technology.

We have two descriptions of the Universe that work perfectly well: General Relativity and quantum physics. Too bad they don’t work together.
Up Next
Starts With A Bang

This laser system foreshadows a new era in ground-based astronomy

The four beams emerging from the new laser system on Unit Telescope 4 of the VLT. Image credit:ESO/F. Kamphues.Think we’d never do better from the ground than from space? This […]