From the antiquity of Greek myths such as the legend of Icarus to flying machines of Leonardo da Vinci, people dreamed constantly of ways to reach the clouds. Their dreams first came true on 4 June, 1783, when the Montgolfier brothers showed the public their hot air balloon for the first time. A few months later, they took the first passengers for a dangerous flight. In a striking resemblance to the dawn of the Space Era, which started with a dog flying to outer space, the first aeronauts on a board a balloon were a sheep, a duck, and a rooster.

Two months later, on 21 November, 1783, aeronaut Pilâtre de Rosier became the first human to take flight in a balloon. For the journey, the balloon stayed aloft for 28 minutes (vs. 108 minutes for the first spaceflight), and its flight altitude reached 3,000 feet (vs. a first spaceflight orbit of 202 miles).

Fairly soon, others like the Robert brothers and Jacques Charles invented a hydrogen balloon, which allowed flying higher and further. Competing teams experimented with novel balloon designs, one of which was fatal for Pilâtre de Rosier, who died on the way from France to England in a fire. He is not just the first human who flew, but also the first who died in the process.

Early balloon flights attracted thousands of spectators. News agencies and publishers put the novelty in the mouth of everyone in Europe and across the globe: news articles and fictional tales of balloon escapades became extremely popular. There were acrobats on the air balloons, aerial photography, fantastic scientific ideas, and in no time, the things floating in the skies won millions of hearts.

You can find a manifold of air balloon images in the Balloons Collection on Picryl.com, the website that is gathering millions of public domain images from around the world in one place. See the whole collection here! 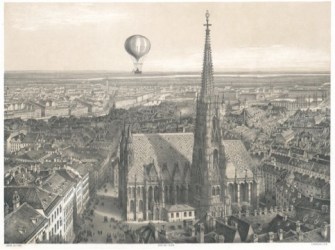 Collectors cards with pictures of events in ballooning history from 1795 to 1846. 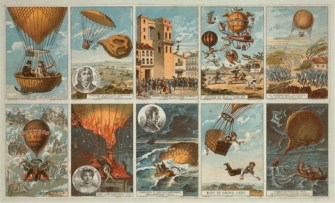 1862. Admissions ticket to Eugène Godard’s ascent in the balloon “L’Aigle” from a location in France.

1879. Gameboard with illustrations of air balloons. 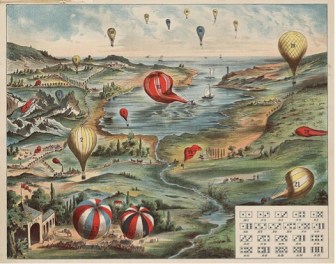 1884. Balloons, airships, and other flying machines designed with some form of propulsion. 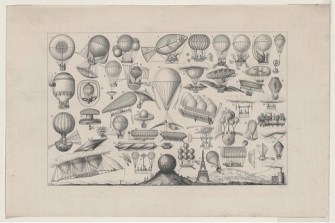 1849. Advertisement for a Paris jewelry store depicting a man sitting in a ring tied to a balloon labeled “Palais des diamants.” 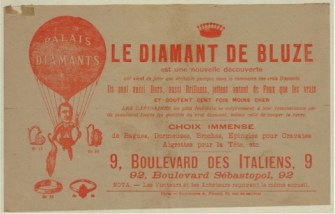 1862. French caricature of photographer and balloonist Gaspard-Félix Tournachon a.k.a Nadar, who made the first aerial photography / A. Humbert. 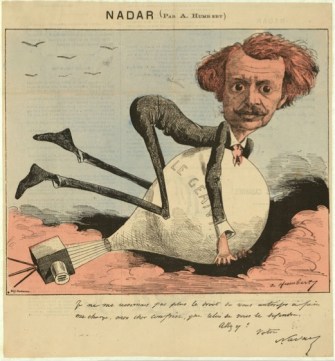 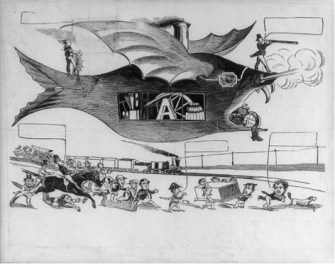 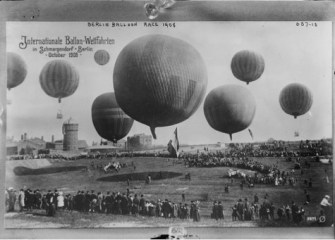 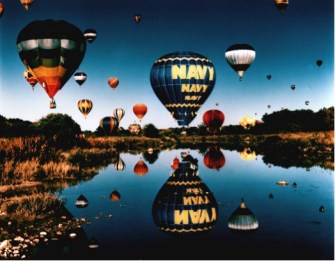 Related
13.8
What kind of intelligence is artificial intelligence?
The initial goal of AI was to create machines that think like humans. But that is not what happened at all.
The Present
What’s effective altruism? A philosopher explains
Some effective altruists “earn to give” — they make as much money as they can and then donate most of it to charities.
Sponsored
How to avoid family fights about money
No family is immune to money conflicts, no matter how much they love each other. Here’s what to look out for.
L&D strategy
Best practices for a needs analysis [Templates included]
Conducting a thorough needs analysis requires care, curiosity, and open-mindedness.
Neuropsych
Memory and the benefits of forgetting
Forgetfulness isn’t always a “glitch” in our memories; it can be a tool to help us make sense of the present and plan for the future.
Up Next
Starts With A Bang
The Multiverse for non-scientists
Why we’re positive the Universe isn’t all there is, and what the different possibilities for a Multiverse are.“Go, then. There are other worlds than these.” –Stephen KingWhen you think about […]