The Start-Up of You: A Blueprint for Success in the Knowledge Economy

You should treat your life as if it were a start-up business. 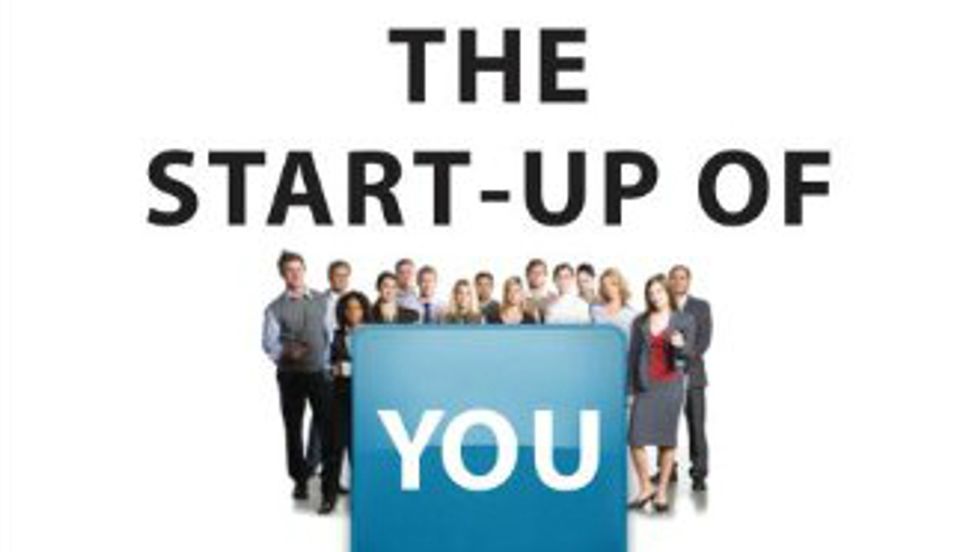 The cell phone in your pocket today is a million times cheaper, a million times smaller, and a thousand times more powerful than the $60 million super computer of the 1960s. This billion-fold increase in price and performance has taken place in just the last 50 years, and this progress is only speeding up. As we continue to ascend higher and higher up the exponentially-increasing curves of technology, the innovation set to take place literally exceeds our imagination.

The high-speed, global connection of tomorrow will transform our governments, institutions and education systems, and ultimately reconfigure human civilization as we know it. However, the double-edged sword of technology is that with greater capabilities comes greater chaos. Though it is rational to be an optimist (thank you Matt Ridley), there will have to be an adjustment of the human psyche to navigate our increasingly complex world. With its recent addition to The New York Times Best Seller List, The Start-Up of You, by Reid Hoffman and Ben Casnocha, suggests that it is time to modify our life philosophies, and adapt to the rapidly evolving environment.

Whether you’re still in school, or have your name on the building of a school, the keys to success are all about navigating the present and adapting to the future. Call it a new-age life philosophy, or just think of it as some basic rules to follow, you need to arm yourself with a mindset that can flourish for the long run. The Start-Up of You is described as “the blueprint for thriving in today’s challenging world of work”. Written by two of Silicon Valley’s favorites, The Start-Up of You presents some novel ideas on how to maximize your working potential, and walks the reader through some key components for building a successful life.

Co-authors Reid Hoffman and Ben Casnocha are two of the most well-networked individuals in Silicon Valley, and this book is their how-to guide to make it in the new knowledge economy and position yourself to be ahead of the curve as the world presses forward. Having achieved their status through a combination of ambition, hustle, and resilience, Hoffman and Casnocha outline the most important lessons they have learned through their rise to the top.

Their basic premise is that you should treat your life as if it were a start-up business. They describe it like being in a state of “Permanent Beta,” where you are endlessly learning and iterating off successes and failures. To take intelligent risks, they suggest using what they call “ABZ Planning”, where Plan A is what you’re currently doing, Plan B is what you hope to be doing in the future, and Plan Z is the safety net in case the house burns down. To help you reach your goals Hoffman and Casnocha discuss the importance of networking. They describe success as a function of I^we, where personal value is only as great as the value of your network. Concluding each chapter with some basic steps to “invest in yourself,” Hoffman and Casnocha do a good job of keeping the reader entertained through their own examples and the experiences of some other Silicon Valley legends.

The Start-Up of You reads like a mix of a self help book and a public service announcement. While on the surface it somewhat resembles a pseudo holy bible for Silicon Valley entrepreneurs, the lessons described by Hoffman and Casnocha transcend the Bay Area, technology, and business altogether. At its crux, this book is about adapting to uncertainty and building the skills that yield long-term prosperity - whatever that means to you personally. After reading this book, it becomes evident that the rules of the game have changed, and the things that used to be important are no longer even relevant. The Start-Up of You proposes that in this new environment, success is more attainable than ever, and provides the practical guidance to empower individuals to live their life to the fullest.

Big Think got a chance to catch up with co-author Ben Casnocha and ask him how he continues to use these own strategies as he builds his career. Stay tuned for that interview next week.

In the meantime, you can visit The Start-Up of You website here.

Also, you can watch Reid Hoffman's Big Think interview on the value of networking here: