I often hear that there’s no point comparing animal emotions to human emotions, because animals act and feel instinctively, whereas humans act consciously. Before we turn to the question of whether instinctive behavior is second-rate, let’s take a closer look at instincts.

Science uses the term “instinctive behavior” to describe actions that are carried out unconsciously without being subjected to any thought processes. These actions can be genetically hard wired or they can be learned. What is common to all of them is that they happen very quickly because they bypass cognitive processes in the brain. Often these actions are the result of hormones released at certain times (in moments of anger, for example), which then trigger physical responses. So are animals nothing more than biological automatons on autopilot?

Before rushing to judgment, let’s consider our own species. We are not free of instinctive behavior ourselves. Quite the opposite, in fact. Think about a hot element on an electric stove. If you were to absent-mindedly put your hand on one, you’d take it away again in a flash. There’s no preceding conscious reflection, no internal monologue along the lines of: “That’s strange. It smells like someone’s barbecuing something and my hand suddenly really hurts. I had better remove it.” You just react automatically without making a conscious decision to remove your hand. So people behave instinctively, too. The question is simply the extent to which instincts determine what we do every day. 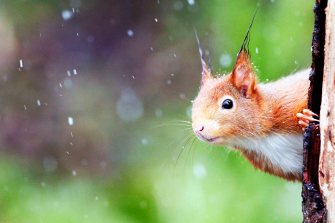 To shed some light on the matter, let’s turn to recent studies of the brain. The Max Planck Institute in Leipzig published the results of an astonishing study carried out in 2008. With the help of magnetic resonance imaging (MRI), which translates brain activity into digital images, test subjects were observed making decisions (whether to push the computer button with their right hand or with their left). The activity in their brains clearly showed what their choices were going to be up to seven seconds before the test subjects themselves were aware of them. This means that the behavior had already been initiated while the volunteers were still considering what to do. And so it follows that it was the unconscious part of the brain that triggered the action. It seems that what the conscious part of the brain did was to come up with an explanation for the action a few seconds later.

Research into these kinds of processes is still very new, and so it’s impossible to say what percentage and what kinds of decisions work this way, or whether we’re capable of rejecting processes set in motion unconsciously. But still, it’s amazing to think that so-called free will is often playing catch-up. All the conscious part of the brain is doing in this case is coming up with a face-saving explanation for our fragile ego, which, thanks to this reassurance, feels it’s completely in control at all times. In many cases, however, the other side—our unconscious—is in charge of operations.

In the end, it doesn’t really matter how much our intellect is consciously in control, because the fact that a surprising number of our reactions are probably instinctive shows only that experiences of fear and grief, joy and happiness are not at all diminished by being triggered instinctively instead of being actively instigated. Their origin doesn’t reduce their intensity in any way. The point is that emotions are the language of the unconscious, and in day-to-day life, they prevent us from sinking beneath an overwhelming flood of information. The pain in your hand when you put it on a hot element allows you to react immediately. Feeling happy reinforces positive behaviors. Fear saves you from embarking on a course of action that could be dangerous. Only the relatively few problems that actually can and should be solved by thinking them through make it to the conscious level of our brain, where they can be analyzed at leisure. 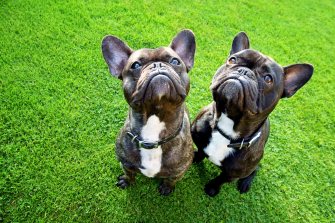 French bulldogs have been known to adopt baby pigs as their own. (Jackie Bale/Getty)

Basically, then, emotions are linked to the unconscious part of the brain, not the conscious part. If animals lacked consciousness, all that would mean is that they would be unable to have thoughts. But every species of animal experiences unconscious brain activity, and because this activity directs how the animal interacts with the world, every animal must also have emotions. Therefore, instinctive maternal love cannot be second-rate, because no other kind of maternal love exists. The only difference between animals and people is that we can consciously activate maternal love (and other emotions)—for example, in the case of adoption, where there can be no question of an instinctive bond created between mother and child at birth because first contact often happens much later. Despite this, instinctive maternal love develops over time, and when it does, the accompanying hormone cocktail flows through the mother’s bloodstream.

Aha! Have we finally successfully isolated a human emotional domain that animals cannot enter? Canadian researchers have been watching its relatives of the red squirrel in the Yukon for more than twenty years. About seven thousand animals took part in the study, and, although red squirrels are solitary animals, five adoptions were observed. Admittedly, each case involved squirrel babies of a close family member being raised by another female. Only nieces, nephews, or grandchildren were adopted, which shows that squirrel altruism has its limits. From a purely evolutionary standpoint, there are advantages to this arrangement, because it means very closely related genetic material is preserved and handed down. Although it has to be said that five cases in twenty years is not exactly overwhelming proof of an adoption-friendly attitude in squirrels. So let’s take a look at some other species. 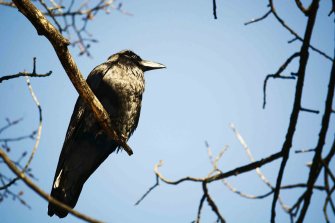 A crow named Moses befriend a kitten when it became clear its mother was gone. (Robert Alexander/Getty)

What about dogs? In 2012, a French bulldog called Baby hit the headlines. Baby lived in an animal sanctuary in Brandenburg, Germany. One day, six baby wild boar were brought in. The sow had likely been shot by hunters, and the tiny striped piglets wouldn’t have stood a chance on their own. At the sanctuary, the animals got full-fat milk—and full-on love. The milk came from the caregivers’ bottles, but the love and warmth came from Baby. The bulldog adopted the whole crew right away and allowed the piglets to sleep snuggled up to her. She also kept a watchful eye on the little tykes during the day. But could that be called a true adoption? After all, Baby didn’t nurse the piglets. But nursing is not a necessary component of human adoptions either, and yet there are reports of dogs—such as the Cuban dog Yeti—who even did that. Yeti had just given birth to a litter of puppies, which meant she had a lot of milk. When a few pigs on the farm also had babies, Yeti lost no time adopting fourteen piglets, even though their own mothers were still around. The little piglets followed their new mom around the farmyard and, of most importance here, Yeti nursed them. Was that an example of conscious adoption? Or did Yeti just have maternal instincts to spare? We could ask these same questions of human adoptions, where people with strong desires look for and find an outlet for them. You could even liken the keeping of dogs and other pets to interspecies adoption; after all, some four-legged friends are accepted into human society almost as though they were members of the family.

There are other cases, however, where superabundant hormones or surplus milk can be ruled out as the driving forces behind adoption. The crow Moses is a touching example. When birds lose their brood, Nature gives them another opportunity to work off their pent-up impulses. They can simply start anew and lay another clutch of eggs. There’s no way a single bird like Moses can exercise its maternal instincts, yet Moses attempted to do just this. The target of Moses’s attention was a potential enemy—a housecat—albeit an extremely small and relatively helpless one, because the kitten had obviously lost its mother and had not had anything to eat in a long time. The little stray popped up in Ann and Wally Collito’s yard. The couple lived in a cottage in North Attleboro, Massachusetts, and they watched in amazement at what happened next. A crow attached itself to the little orphan and was clearly looking after it, feeding it with earthworms and beetles. Of course, the Collitos didn’t just stand by and watch; they fed the kitten, as well. The friendship between the crow and the cat continued after the cat grew up, and it lasted until the crow disappeared five years later.

But let’s get back to instincts. In my opinion, it makes no difference whether a mother’s love is triggered by unconscious commands or comes after conscious deliberation. At the end of the day, it feels just the same. What is clear is that people are capable of both, although instinctive love triggered by hormones is more common. Even if animals are not capable of consciously developing maternal feelings (and the adoption of animals across species barriers should make us rethink that one), instinctive maternal love remains, and it is just as moving and just as compelling. The squirrel that crossed our lawn in a haze of heat with a baby wrapped around her neck was motivated by deep devotion. And, when I think back on that day, knowing that makes the experience all the more beautiful.

From The Inner Life of Animals by Peter Wohlleben. Copyright © 2016 by Ludwig Verlag, Munich, part of the Random House GmbH publishing group. All rights reserved.

A Carrington-magnitude event would kill millions, and cause trillions of dollars in damage. Sadly, it isn’t even the worst-case scenario.
Up Next
Thinking

A new study addresses the question, while also raising even more questions.