If you believe that the nonprofit sector has a serious role to play in changing the world, then you’ve got to see this TED talk, given by Dan Palotta, AIDSRide founder and author of Charity Case. Why? Because according to him, it is the way we think about nonprofits that undermines our very own efforts to contribute meaningfully to the causes we love.

Everything the donating public has been taught about giving is dysfunctional.

If we really want to be philanthropists, to be active participants in the “market of love”, the first thing we will have to give is not our money but our old mindsets. 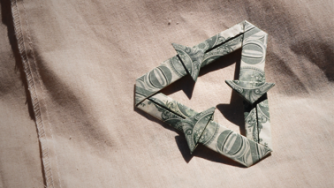 Let’s talk numbers. From 1970 to 2009, the number of non-profits that crossed the $50 million annual revenue barrier is 144. In the same time, the number of for-profits that crossed it is 46,136. How come? How come the median compensation for a Stanford MBA, with bonus, at the age of 38 is 400,000 dollars, while the average salary for the CEO of a hunger charity is 84,000 dollars? And how exactly are non-profits expected to attract that much needed $400,000 dollar talent, to work on solving the massive scale problems?

There’s a double standard going on here in the way we think about for-profits and non-profits. Take spending on advertising and marketing, for example. Sure, as consumers we’re okay to pay for a product and its advertising, but as donors we don’t want our buck spent on advertising. However, no organization can raise 581 million dollars (like AIDSRide did) by putting up flyers in the laundromat. It raises it by buying full-page ads in The New York Times and The Boston Globe. We cannot expect the nonprofit sector to take market share away from the for-profit sector (which it hasn’t done in the last 40 years) if it’s not allowed to market.

Another really important area of discrimination is the attitude we take towards risk when it comes to non-profits. We like to praise innovation and entrepreneurship. We encourage every young person with a bold idea to go out there and spend the millions of dollars of investor money, despite the risk, because we know that’s how great breakthroughs happen. Yet, we don’t allow nonprofits to experiment and take risk with our money. We want our donations taken directly, in the shortest (not necessarily most effective) way to the people in need. We don’t want this money invested in building organizational capacity, experimenting with different strategies, finding innovative solutions, and taking the time (sometimes years) and risk to implement them. Mr. Palotta tells a poignant story of how his own nonprofit, after several widely successful campaigns, went out of business virtually overnight simply because of the bad press it received for investing 40 percent of the gross in what he calls “the demonic label of overhead”.

This is what happens when we confuse morality with frugality.

So, what does Mr. Palotta ask us to do? Change the way we think. Don’t ask about the rate of an organization’s overhead, ask about what resources it needs to make its Google-big dreams come true regardless of what the overhead is. And if by allowing non-profits to invest in growth, we manage to nudge charitable giving by just one percent, from 2% to 3% of the GDP, that would mean an extra 150 billion dollars a year in contribution. Then, we will be talking scale.

Don’t miss the talk – Dan Pallotta: The way we think about charity is dead wrong

Perform at your mental peak.
Up Next

In a closely-followed case, two high school football stars in a small Ohio town were found guilty yesterday of raping an unconscious, intoxicated young woman at a party. The victim […]