WhatsApp, a free peer-to-peer messaging platform, is essential to communication in Brazil. It’s the most downloaded app in the country and is used by more than half the population to text and voice message one another. Globally, the app has almost a billion users. Many argue the reason for WhatsApp’s dominance in markets like Brazil, India, and parts of Africa is that “it provid[es] locals with the first truly viable way of quickly and cheaply communicating over the Internet.” So much so that infectious disease doctors in Brazil — as well as mothers of infants born with microcephaly — are using it to diagnose and cope with the Zika-caused illness.

Since last fall, over 4,000 suspected cases of microcephaly, a rare condition where newborns are born with abnormally small heads and brains, have been reported in Brazil. Most health authorities blame mosquitoes carrying the Zika virus for the outbreak. Zika is now present in most of South and Central America and the government of Brazil estimates that 1.5 million Brazilians may have it. 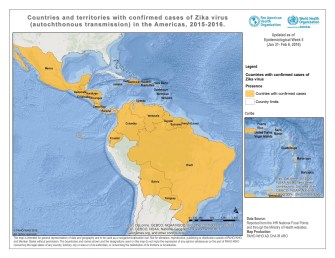 Using WhatsApp, a group of Brazilian doctors messaged late last March with one another, describing symptoms they were seeing in patients. “I think it’s Zika,” Dr. Kleber Luz posted to the group of doctors on WhatsApp. Another doctor, two states away, assessed the conditions reported by Luz. He then told his wife, “OK. I agree with Kleber. It’s Zika.”

This early work on identifying Zika stemmed from a WhatsApp group the doctors formed after they had traveled to Feira de Santana, Bahia, to investigate an outbreak of chikungunya. Dubbed “CHIKV: The Mission,” the doctors used the WhatsApp group to stay in touch. Little did they know, they’d be using the app to diagnose Zika. In August, doctors in northwestern Brazil began exchanging CT scans of patients over WhatsApp in an effort to diagnose microcephaly.

Unfortunately, these early investigations into the outbreak didn’t make it to Brazilian health authorities immediately. “The doctors say they started to notice more cases in August, but it was only reported to us around Oct. 15,” said Patricia Ismael de Carvalho, general director of information and strategic actions in epidemiological surveillance for the Pernambuco State Secretariat of Health.

Because the networks of doctors on WhatsApp don’t always overlap with government officials, notifications of disease outbreak can be delayed. “If you’re an obstetrician, you’re talking to other obstetricians in your network, but you’re not talking to the Ministry of Health,” said Sonia Shah, science journalist and author of the book Pandemic: Tracking Contagions from Cholera to Ebola and Beyond. “You’re not going to text someone unless you know them personally and you know their phone number.”

While doctors are diagnosing and attempting to share information about the disease outbreak via the messaging app, mothers of infants born with microcephaly are using WhatsApp to form support networks. In Recife earlier this month, office administrator Germana Soares organized an event for dozens of mothers of suspected microcephaly-diagnosed infants. Over 60 of those parents use an enormous WhatsApp group for support. “These groups allow us to celebrate motherhood at a time we feel faced with lots of stigma,” Soares said.

Social media is an amazing thing. It can create connections to people that normally wouldn’t occur. In this case, it allowed for the early recognition of a devastating disease and provides support for afflicted families.

Everything that’s inherently quantum in the Universe is both a wave and a particle. So, are gravitational waves?“You asked me how to get out of the finite dimensions when I […]