What is the sexuality of Bert and Ernie? It’s been a joke for decades, but perhaps not any more, as the relationship between Jim Henson’s characters has been embraced by the LGBTA community.

Has the Supreme Court’s recent rulings paved the way for a new normal of gay acceptance?

This New Yorker cover was submitted to a Tumblr by the artist Jack Hunter. 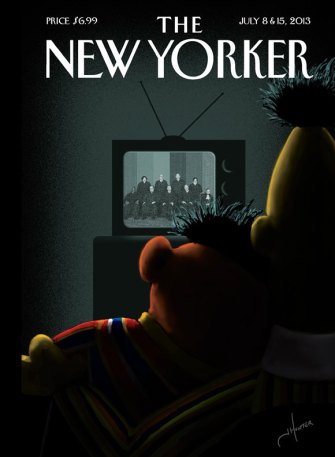 Musicians To Audiences: Please Put Down Your Smartphones

More are beginning to speak up against the practice of recording live shows, saying it negatively impacts the performance on both ends.