According to legend, the Sirens were beautiful women whose voices were so alluring that when sailors heard their song they could not resist approaching and were drowned on the rocky shores of the island where the Sirens sang. No sailor had heard their song and lived until Odysseus, who, on the counsel of the goddess Circe, had his crew tie him to the mast of his ship. When he heard the Sirens’ song he begged to be released, but his crew, their ears plugged with beeswax, would not unbind him and saved him from his own desires. Odysseus was lucky – he knew that he would be unable to resist the Sirens and had himself bound – but people often have difficulty foreseeing their weakness from a distance. Sometimes they need help.

I love watching my not-quite-two-year-old son learn about the world from his mistakes. I look on with sympathy at his falls and bumps and spills and I try to restrain myself from interceding. But when he’s about to tumble down a flight of stairs I step in. It is difficult to balance preserving his freedom to explore and make his own mistakes with the desire to keep him safe. There’s a lot to be said for giving kids autonomy and letting them learn from experience, but sometimes you have to behave paternalistically and tie them to the mast (or at least install safety gates).

When you start treating grown men and women like you’re their father, though, the charge of paternalism becomes a more serious one. There may be cases in which a heavy-handed approach is necessary (particularly when people’s actions harm others), but we should be careful about using it. A more circumspect approach is libertarian paternalism, described by Richard Thaler and Cass Sunstein in Nudge(and re-articulated more recently by Sunstein in his Simpler) as a way of influencing people to make decisions that they themselves would consider beneficial, without restricting their freedom.

Here, we are not tying Odysseus to the mast – the more appropriate analogy would be to the beeswax that Odysseus had his sailors put in their ears. The wax prevented the sailors from hearing the Sirens’ song and saved them from being lured to their deaths, but it also left them free to remove the wax if that is what they wanted to do. This sort of intervention is an acknowledgment that the sailors’ freedom is important, but also that people are not always perfectly rational. As Carnegie Mellon economist (and psychologist) George Loewenstein recently explained to me, “When people have problems exercising self-control, restricting their choices can, in some cases, leave them more freedom to choose.”

On its face, Loewenstein’s claim may seem paradoxical – isn’t a person most free when presented with all her options and allowed to choose among them? But as the mythical Sirens make clear, there are some options that we are not truly free to resist. Without beeswax in their ears Odysseus’ crew would have been doomed; the wax gave them the freedom to choose.

Take the recent attempt by New York City Mayor, Michael Bloomberg, to forbid stores from displaying cigarettes to their customers. Just like the beeswax did not prevent the sailors’ from choosing to hear the Sirens’ song, hiding cigarettes from view doesn’t prevent people from buying them. But, as Loewenstein explains, it makes it easier for those who may be trying to quit to avoid being lured back in. 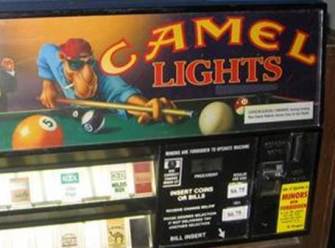 When we pass laws that forbid the sale of cigarettes to minors we are being paternalistic. We are tying Odysseus to the mast, whether he likes it or not. But when we ban cigarette advertising that targets children – as the FTC did when it banned Joe Camel ads – we’re not tying anyone down. We are merely acknowledging that children are vulnerable to influences that may lead them to act contrary to their own interests and that they may not be in a position to resist these influences. Banning the display of cigarettes in stores is merely acknowledging that children aren’t the only ones who are vulnerable. The cigarettes, like the sirens, draw us in against our will. Putting them out of sight is like putting wax in our ears – we can easily still give in to temptation if we choose to, but we’re less at its mercy.

Caffeine: The Drug of the Productive

So America, let me repeat, is more than ever a meritocracy defined by productivity.  Now, that’s not all we are.  And it’s far from bad news that we’ve gotten over […]