A lot of people don’t want to know, but I’d like to know if I have a 10 percent or a 90 percent chance of developing Alzheimer’s some day.  If I know I’m likely to develop it, I’m certainly going to start looking around right now to find if there is something that I can do to offset it.  So Yasmine Delawari Johnson, who is the young woman featured in the book, is actually two months pregnant in this photograph [See below].  She’s about to have her first daughter, who was actually born recently.

Her dad is from Afghanistan; her mother’s from Italy, and she’s always been very interested in her family heritage and she thought it would be very valuable to know what genes and traits she’s passing on to her daughter.  She was very happy to share those with the world, which I was grateful to her for.

The second story that deals with genes and genetic sequencing and understanding our own DNA is related to this site 23andMe.  It’s Mohammed Ali, who has been diagnosed with Parkinson’s.  What he’s done is team up with 23andMe, and they’ve invited 10,000 people around the world to basically donate their DNA.  They’ll do this genetic sequencing test on their DNA because there’s apparently a gene they’ve discovered that indicates you will probably develop Parkinson’s. But some people have the gene and never develop Parkinson’s. They’re trying to figure out if there is some kind of switch that turns that gene on and off.

I think the whole idea is to not be afraid of looking into your own genetic make-up. Maybe you’ll find diseases that right now we don’t have a cure for. Other people just want to stick their heads in the ground and don’t want to know about it.  I would prefer to know and then again try to learn as much I can about what appears to ameliorate that or keep it at bay as long as possible. 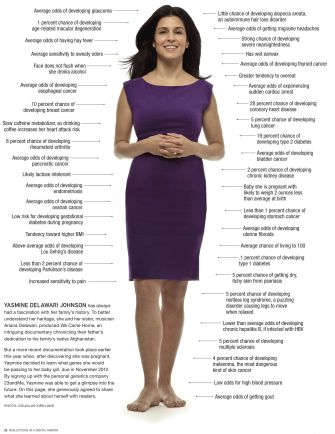 In Their Own Words is recorded in Big Think’s studio.

A conservator from the Rijksmuseum explains how to confirm whether a painting is a genuine Rembrandt.
Up Next

Then and Now: Who is the Enemy of the State?

I wonder if 50 years from now we’ll look back, and maybe Julian Assange will be the hero and J. Edgar Hoover will be the enemy of the state.