Climate Scientist Rallied to the Edge and Beyond 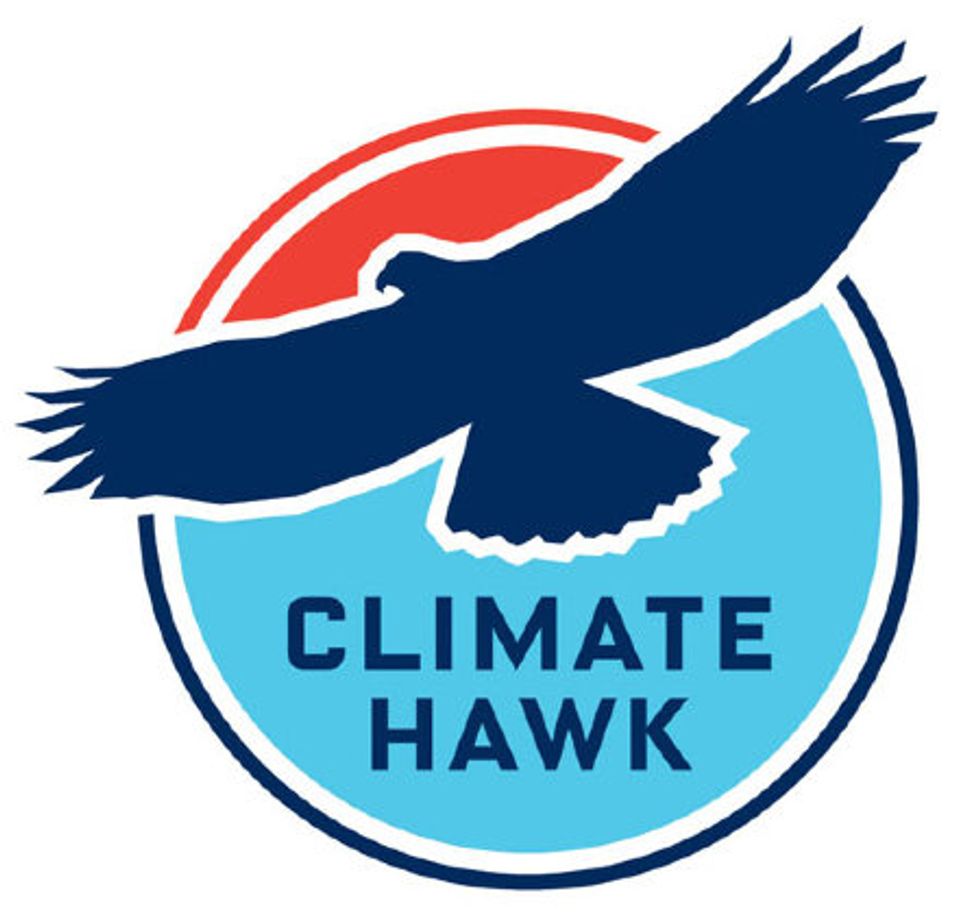 Peter Gleick, a water and climate analyst at the Pacific Institute and member of the National Academies, has admitted in a blog post at the Huffington Post to having obtained and forwarded to journalists the leaked documents from the Heartland Institute. Andrew Revkin has more discussion at Dot Earth as does Bryan Walsh at Time.com.

The incident is the latest in an escalating spiral of polarizing warfare between self-described "Climate Hawks" and so-called Climate Deniers.  Caught in the cross-fire are the great majority of scientists and members of the public who yearn to work together in their communities, regions, and nationally to find common ground.

In a 2010 essay at Slate magazine following the Climategate controversy, I warned of the risks posed to scientists as they increasingly take up arms in the so-called battle against "anti-science":

Urgent calls to escalate the war against climate skeptics may lead scientists and their organizations into a dangerous trap, fueling further political disagreement while risking public trust in science. A major transformation is needed in how scientists and their organizations engage the public and policymakers. The new direction is not to become more political and confrontational on the national stage, but to seek opportunities for greater public interaction, dialogue, and partnerships in communities across the country.

I have reposted the full essay from Slate below.

CLIMATE SCIENTISTS GETTING A LITTLE TOO ANGRY FOR THEIR OWN GOOD

As Congress continues to struggle its way toward new energy legislation, climate scientists are getting a little hot. A series of major attacks from the global-warming skeptics—including last year'sClimategate affair and unfair accusations stemming from the subsequent discovery of errors in the latest IPCC report —have left those in the research community understandably angry. Having spent eight years calling attention to the politicization of climate science by the Bush administration, they now find themselves on the other end of the same allegations. Whatever raw emotions this reversal might produce were on display a couple of weeks ago in yet another series of leaked e-mails: This time, members of the prestigious National Academies complained to one another about the "neo-McCarthyism" of the climate skeptics and lamented that "science is getting creamed with no effective response." One researcher called for "a relentless rain of science and scientific dialog on the incredible, destructive demagoguery." Another participant urged an "aggressively partisan approach."

The latest batch of e-mails reflects a bunker mentality among climate scientists, forged during the Bush administration and reinforced by the recent attacks on their credibility. Despite the promise of an Obama presidency, many now see themselves losing a "war" against "anti-science" forces allied with energy companies and the Republican Party. Meanwhile, scientists have been urged by liberal strategists and commentators to "fight back"—by forming their own political action committees and openly supporting "pro-science" candidates, among other things.

But urgent calls to escalate the war against climate skeptics may lead scientists and their organizations into a dangerous trap, fueling further political disagreement while risking public trust in science. A major transformation is needed in how scientists and their organizations engage the public and policymakers. The new direction is not to become more political and confrontational on the national stage, but to seek opportunities for greater public interaction, dialogue, and partnerships in communities across the country.

The problems begin when scientists overestimate the influence of climate skeptics and their corporate backers. When legislation and international treaties fail, and polls show a decrease in public concern about the environment, the "climate deniers" take the blame. Yet the efforts of James Inhofe, Glenn Beck, et al. represent just a few of several factors shaping public doubt and policy inaction. More important, perhaps, are the poor state of the economy, competition for political attention from the heath care debate, and confusion over colder weather. We're also faced with a widespread distrust of government that makes explaining complex cap-and-trade proposals that much more difficult. And it doesn't help that long-standing rules in Congress allow individual members to block substantive legislation.

Given these factors, it's not surprising that communication researchers, including me, have their doubts about the relative impact of Climategate on public opinion. An analysis by Stanford University's Jon Krosnick estimates that between 2008 and the end of November 2009, belief in global warming dropped just five points, from 80 percent to 75 percent. Other surveys find a stronger downward shift (PDF) over the same time period, but teasing out the causal influence of last year's hacked e-mails remains a question that will be debated in academic journals for some time. As Krosnick points out, only a small minority of Americans was likely to have paid attention to news and discussion of the event, and even fewer would have changed their long-standing views based on a single event. Consider that a Pew survey from December found that just 17 percent of Americans reported reading or hearing "a lot" about the leaked e-mail scandal. In comparison, during the same month more than half read or heard a lot about Afghanistan and the health care debate.

If communication researchers have trouble establishing clear evidence of a significant impact for Climategate, what explains the apparent overreaction by scientists and their bunker mentality? Past research shows that individuals more heavily involved on an issue, such as climate scientists, often tend to view even objectively favorable media coverage as hostile to their goals. They also have a tendency to presume exaggerated effects for a message on the public and will take action based on this presumed influence. The call to arms that "science is getting creamed" and that there is a need for an "aggressively partisan approach" are examples of how these common miscalculations about the media have colored the outlook of climate scientists.

Scientists are also susceptible to the biases of their own political ideology, which surveys show leans heavily liberal. Ideology shapes how scientists evaluate policy options as well as their interpretations of who or what is to blame for policy failures. Given a liberal outlook and strong environmental values, it must be difficult for scientists to understand why so many Americans have reservations about complex policies that impose costs on consumers without offering clearly defined benefits. Compounding matters, scientists, like the rest of us, tend to gravitate toward like-minded sources in the media. Given their background, they focus on screeds from liberal commentators which reinforce a false sense of a "war" against the scientific community.

The scientists seem to believe they can prevail by explaining the basis of climate change in clearer terms, while asserting the partisan motives of "climate deniers." This has been the strategy since the early days of the Bush administration, yet for many members of the public, a decade of claims about the "war on science" are likely ignored as just more elite rancor, reflecting an endless cycle of technical disputes and tit-for-tat name calling. What are needed are strategies that transcend the ideological divide, rather than strengthen it. Most importantly, snarling, finger-in-the-eye responses to the skeptics risk alienating the more than one-third of Americans (PDF) who remain ambivalent about climate change.

To be sure, there is a need for better, clearer explanations of the science, but it's wrongheaded to imagine that researchers and their organizations could ever compete effectively, in the long term, in a political debate with climate skeptics and their allies at the Chamber of Commerce and Fox News. Instead of exaggerating the problem of an allegedly hostile American public, scientists need to wake up to the fact that they continue to enjoy almost unrivaled trust and communication capital. Consider that a recent Yale/George Mason University survey finds 74 percent of Americans trust scientists as a source of information about climate change. Though this figure is down slightly since 2008, scientists still outrank every other societal group or political figure on the trust index by a wide margin. The numbers hold even among groups that might seem most antagonistic to science: A recent analysis (conducted by me and several colleagues) found that 77 percent of evangelicals under 35 trust scientists as a source of information about global warming.

Climate skeptics hope to erode this trust by drawing scientists out into the open of political debate. Instead of going on the counterattack, scientists and their organizations should employ their communication capital by partnering with opinion leaders from other sectors of society and engaging with local communities through public meetings and social media. By creating a public dialogue on climate change in cities and towns across the country, they can make the issue more personally relevant without getting mired in ideological differences. In these contexts, scientists and their community partners can talk about climate change as more than just an environmental problem. They can frame the issue in terms of national security, religion, public health, or economics—with an emphasis on policies that would lead to societal benefits rather than sacrifice and hardship.

Here's the best part: These partnerships with opinion leaders, from clergy to CEOs, would do far more than educate the public; they would educate scientists, too. By getting out of the lab and away from their echo chamber of like-minded views about climate politics, researchers would learn how other people view climate change, and what should and can be done about it. In the end, scientists are better off as community-based diplomats than cable news and blogosphere culture warriors.