A Look Back at 1992: How Bill Clinton Engaged Younger Voters 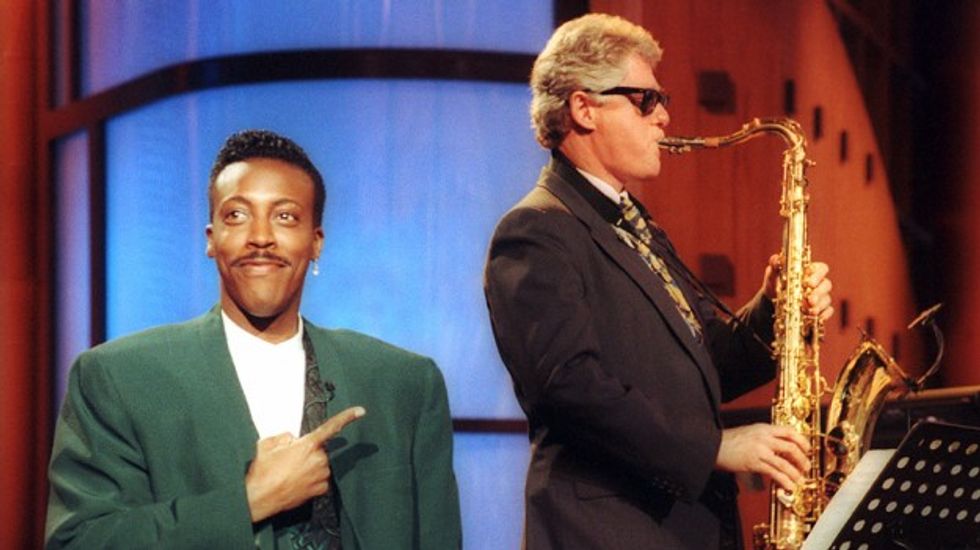 Voter turnout in U.S. presidential elections tends to be lower than other developed democracies and relative to the number of eligible voters., Voter turn-out for those ages 18 to 24 tends to be even lower.  Looking at past elections, what conditions then tend to boost vote turn out among younger Americans?  Bill Clinton’s 1992 candidacy provides a useful case for analysis.

One strategy that Clinton used to court younger voters is what researchers refer to as “attribute priming,” making certain considerations about his background and candidacy highly salient to these voters and then reaching these voters through emerging forms of new media (McCombs, 2005; Scheufele, 2000).

According to Harvard political scientist Matthew Baum (2005), Clinton made a series of entertainment and late-night appearances that primed considerations among younger audiences that Clinton shared their interests and concerns.

Baum explores presidential candidate appearances on an entertainment or late-night media outlet and its influence on the outcome of presidential elections.  Late-night and E-talk shows invite presidential candidates because it allows them to bring out their personalities opposed to “arcane policy debates.”  A typical E-talk or late-night viewer audience is going to be more of a less educated, less interested in politics, and more likely to be young, female, and liberal: which is why Baum quotes: “if a candidate who wants to excite people who normally do not vote, reaching past ‘Meet the Press’ is probably not a bad way to start.”

In June of 1992 Clinton appeared in front of a live audience of 18 to 24 year olds on MTV, answering questions from the audience.  Clinton’s strategy became part of the narrative of the election told by the news media.  The day after the November election, as NPR observed the contrast: “Clinton gained a lot of points when he appeared on MTV with a live youth audience…while President Bush was still calling it the teeny-bopper network.”

Another “new media” strategy that helped Clinton was his appearance on the Arsenio Hall Show. On the program, Clinton famously played the saxophone with the Show’s band.  As Bill Wheatley, executive producer for NBC News said at the time:“ I’m not sure we learned a lot on ‘Arsenio,’ other than that Bill Clinton is willing to wear dark glasses and play the sax.”  For young voters though, these are influential and memorable attributes, perhaps even so than any specific details that Clinton might have discussed relevant to policy.