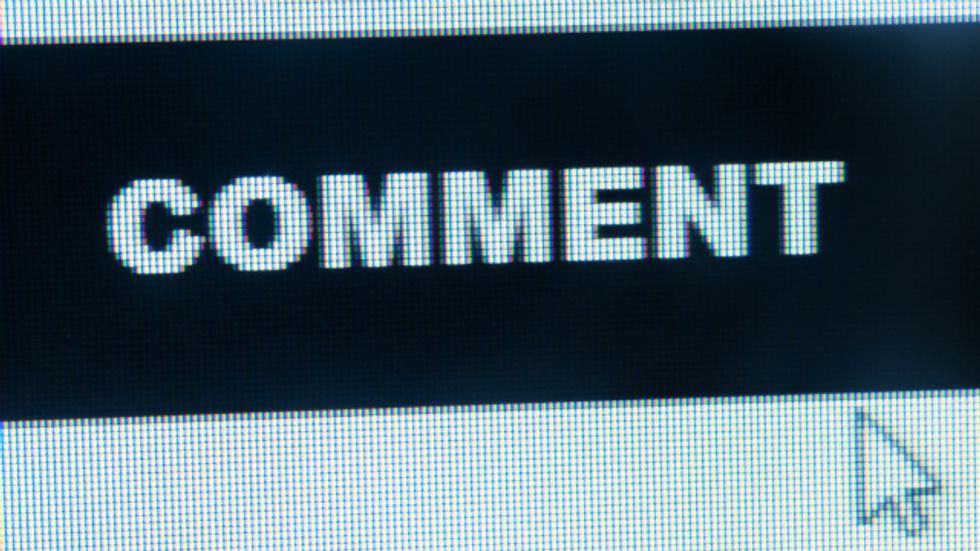 The widely-read science news site, Popular Science, recently decided to remove comment sections almost completely - save for a minority of articles. Online content director, Susan Labarre, explains: "Comments can be bad for science. That's why... we're shutting them off."

“It wasn't a decision we made lightly…we are as committed to fostering lively, intellectual debate as we are to spreading the word of science far and wide. The problem is when trolls and spambots overwhelm the former, diminishing our ability to do the latter.”

She importantly notes that “even a fractious minority wields enough power to skew a reader's perception of a story”, which echoes sentiments I expressed recently.

LaBarre references the study about "the nasty effect", which demonstrated that a vitriolic comment section has a significant, tribalistic impact on what readers take away from even non-controversial articles.

Grabbing the mop from Pop Sci, YouTube has taken a large swipe at their infamously vile comment section, by enforcing Google+ registration - which, aside from LinkedIn, is a social network demanding the use of real, not pseudonymous, characteristics.

Both of these reactions to the famously hated "below-the-line" comments section should not be viewed the same way. Of course both are united in the justified goal of creating a safer, more inclusive and thoughtful space (i.e. a better Internet), but are different policies that must be critiqued differently.

Top down and Bottom Up Approaches

We can all – readers and content producers – do many things in response to comments sections, like simply ignore them. We can call this a “bottom up” approach, as opposed to entire organisations, like Popular Science and YouTube, taking active stances, which would be “top down”.

However, claims for a bottom-up approach misses a point behind content. We, as content creators, don’t simply create content that magically leaps into the minds of readers, perfectly packaged and comprehensible. We do so using language to the best of our ability (though with people like Ta-Nehisi Coates in existence, that proves difficult); we frame content with appropriate header images, titles, tags, and fonts that make it all into a package of ideas.

All of it goes toward what readers take away from the piece. A comment section, for some reason, has become part of that in today’s digital culture.

Readers have, to some extent, come to expect immediate, “on the ground” (on the same page/platform) participation, since digital tools allow for that – and allow for that in an easy way.

It’s precisely this entitlement that has many cry “censorship” or “fundamentalist” when comment sections are removed. Of course, this mistakes “freedom of speech” for – in one case – “giving readers a free platform”. Readers forget they have the entire Internet in which to call content creators “idiots” and “pricks”; they can participate and get viewership to their comments by virtue of quality, rather than automatic position beneath our own content.

Removing comments to obtain better comments might sound paradoxical, but it does work for many. But this is, of course, not the only way to do so. Creating microsites, like Boing Boing has done, or using a voting system like reddit are easy, top-down approaches. The Guardian employs entire teams to monitor their comment section, since they are currently one of the most-read sites in the world. (Comments on my last Guardian article, on suicide, was turned off due to moderators moving on.)

So there are approaches, all varied, all catering to different sites and different communities that one could take. However, what we should acknowledge are attempts to create better spaces for comments – whatever those steps might be. They could be bad or good, but we shouldn’t throw out the goal of creating less toxic spaces because one approach is problematic for one site. Indeed, that approach might work well elsewhere.

>No Comments, No Critiques

One of the main worries with no comments is that one could be writing in a vacuum. Your approach and arguments go forth unanswered and unchallenged, since you operate to a muted audience.

Again this misses an important point: Below the line comments are not the only comments or replies or critiques.

For example, plenty of disagreement has been mounted at me via emails, personal contact and so forth, about my pieces. If someone does offer good criticism, I have directed readers there with an update on the relevant post or via social media. (Further, I have a smaller and open blog – which I maintain because I can control btter, unlike here, on Big Think, where there aren’t 24/7 comment moderators and I don’t have control).

The point is the Internet by definition is a vast platform allowing for comments to exist – but there’s no reason to assume these should be below your content, nor that “below the line” is the best place to put them or foster a critical environment.

I agree: the danger of insulation is great. But again, that doesn’t mean below the line comment is the (only or best) solution.

The Few and the Many

Will Oremus penned a quite strong response to Pop Sci’s new policy.

Its editors seem to think of themselves as heralds trumpeting unimpeachable pronouncements from the castle tower to a crowd of subjects somewhere below. Allow the subjects to talk back, and some traitors to the cause of science are likely to foment rebellions that would threaten the integrity of the castle walls. LaBarre concedes that some commenters might contribute delightful, thought-provoking insights, yet concludes that “even a fractious minority wields enough power to skew a reader’s perception of a story.” Better to cast them all beyond the pale.

Oremus is right that LaBarre’s original piece is somewhat flawed – lack of links, using little data, etc. – but I think he misses the point regarding how potent negative comments can be. Yes, it might be a few but, as he knows, all you need is a few to make up the majority of the nasty comments clogging up discussion.

He might be right that Pop Sci’s solution is incorrect: as I say, removing comments is not the only solution – better management in multiple ways should be considered too.

However, Oremus is incorrect to state all commenters are being tossed aside because of a few; rather, for the sake of better discussion, acknowledging the impact the few can have measured against whatever can be gained in other ways (response articles, emails and so forth), the editors came to their conclusion. Oremus also is sceptical of the religious-type language, which I can’t say I read much into, but it underscores his overall – and justified – worry (which we dealt with in the previous point) of a kind of evangelism.

In the end, discussions on how to handle comments need to be viewed with degrees: What is our role: top-down or bottom-up? Which would create better environments? Certainly “management” is required, but that is a broad term encompassing: the creation of micro-sites, moderation, removal, etc.

Primarily, we should recognise that the creation and packaging of content is not merely words or clips or sounds we create, but how they are conveyed to an audience. With that comes an open comment section (assuming you have one, of course).

To answer “Should we remove comment sections?” means answering in a way that isn’t generalised, but broken up according to various other questions.