One Million Moms versus Gay Superheroes 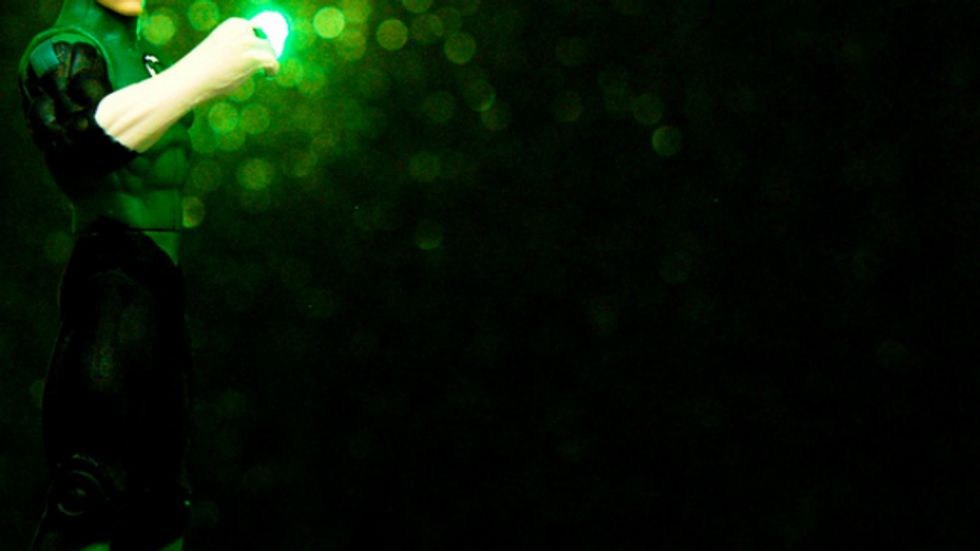 Something is wrong in the world when a real organisation is undermined by fictional comics characters with superpowers.

A group inaccurately called One Million Moms or OMM (their membership is only about 50,000 I think) is attempting to take on the two giants of the comic book world, DC and Marvel. This is not because of depictions of extreme violence, sexism, racism or any other vaguely problematic area, but because two superheroes, from the respective outlets, will be “coming out” of the fictional closet or re-affirming their homosexuality.

As The Guardian reported: “DC Comics is planning to reveal that one of its established characters is gay – speculation is centring around Batman, Green Lantern and Wonder Woman – and … Marvel's new issue of Astonishing X-Men will feature [male character] Northstar's marriage to his boyfriend.” It was eventually revealed that the secret DC character was a version of the original Green Lantern, Alan Scott.

In their statement on this matter, OMM claim that “children desire to be just like superheroes” and “mimic superhero actions and even dress up in costumes to resemble these characters as much as a possible.” Now if role models end up gay, it obviously means that children will want to be gay, too: “Can you imagine little boys saying, ‘I want a boyfriend or husband like X-Men?’”

OMM therefore will not stand for it and demand to know why “adult gay men need comic superheroes as a role models”. Well, they don’t, admit OMM (though I think they do and that’s a good thing) – but what the gays are trying to do is of course far worse:

“They... want to indoctrinate impressionable young minds by placing these gay characters on pedestals in a positive light. These companies are heavily influencing our youth by using children's superheroes to desensitize and brainwash them in thinking that a gay lifestyle choice is normal and desirable.”

For many of us – hopefully most – we’re still waiting to see what’s actually wrong with “placing … gay characters … in a positive light” and desensitising children “in[to] thinking that a gay lifestyle choice is normal and desirable”. OMM merely assumes we know what’s wrong with it, aside from the various terrible arguments against homosexuality (which is like being against breathing).

OMM also are targeting an outcome of a general change in attitude, not the cause. Television, with its policy-changing Will & Grace, and various films, from The Birdcage to every film with Rupert Everett, are well-known and widely-watched examples of homosexuals portrayed in a positive/normal light. This is indicative of a general change in attitude, which we see in the increasing recognition in law around the world: from the legalisation of gay marriages all the way to constitutions explicitly saying there will be no discrimination based on sexual orientation. Like all groups and people who are against homosexuals, the OMM are increasingly operating on long-debunked ideas from the mid-twentieth century. And it’s starting to show.

Increasingly, we will eventually reach a point where being homophobic is as unwelcome as being racist. This will not eliminate racist or homophobic views, but it will seriously cripple the power to influence policies and law. (For some more evidence of increasing acceptance, just look at how OMM had to take their Facebook page offline, due to the overwhelming positive response to their post on gay comic characters.)

The OMM can’t even get their old-timey ideas into language that doesn’t make one cringe: “Children do not know what straight, homosexual, or coming out of the closet even means, but DC Comics and Marvel are using superheroes to confuse them on this topic to raise questions and awareness of an alternative lifestyle choice.”

How else are we meant to combat confusion except with questions? Furthermore, how can they be confused if they don’t know, as the OMM claim, what straight and gay are? Would they not just see two men kissing and being affectionate? Children are raised in gay households, successfully, everyday. Indeed, there’s little or no evidence to suggest homophobia is hereditary or a product of natural selection (which I suspect OMM members are not fond of, either). So it seems for the children to be repulsed, they must be socially programmed.

But perhaps the best part of their incredibly backward campaign must be this: They tell their members and activists to “Ask [DC Comics and Marvel] to do the right thing and reverse their decision to have sexual orientation displayed to readers.”

This is what annoys me the most about people who make stupid claims like “Why do gays have to throw it in your face, with their pride marches and columns and books and societies? You don’t see straight people doing it!” Well, you do. Think of the last time you’ve seen advertisements with a gay or lesbian couple, or the last time a lead character was gay or lesbian and so on (and don't worry, if you're thinking of JC Penny, OMM has got you covered). This doesn’t mean displays of homosexuality doesn’t happen – as I say, it’s part of the increasing recognition of homosexuals that this will happen, but it certainly is in the minority of cases. Sexual orientation has been foisted on homosexuals and is done to them everyday, in billboards showing families with two parents of different sexes; in films, video games and so on that are all predominantly straight. Everywhere, the assumption is that the normal, the axiomatic sexual orientation is straight.

The OMM are recognised as a hate-group by the Southern Poverty Law Center and for good reason. The need to protect children is increasingly sounding like a mask to get their own way. Children don’t need protecting when it comes to literature and creativity: our liberty does. Furthermore, no one is forcing these comics on these mothers. If we're talking about children, we’re assuming they can’t buy these comics unless their homophobic zealot of a parent is nearby. And then, we should allow them something they don’t want of us: the freedom to choose.