Getting Over Gays: The Ongoing Defence of LGBT Rights 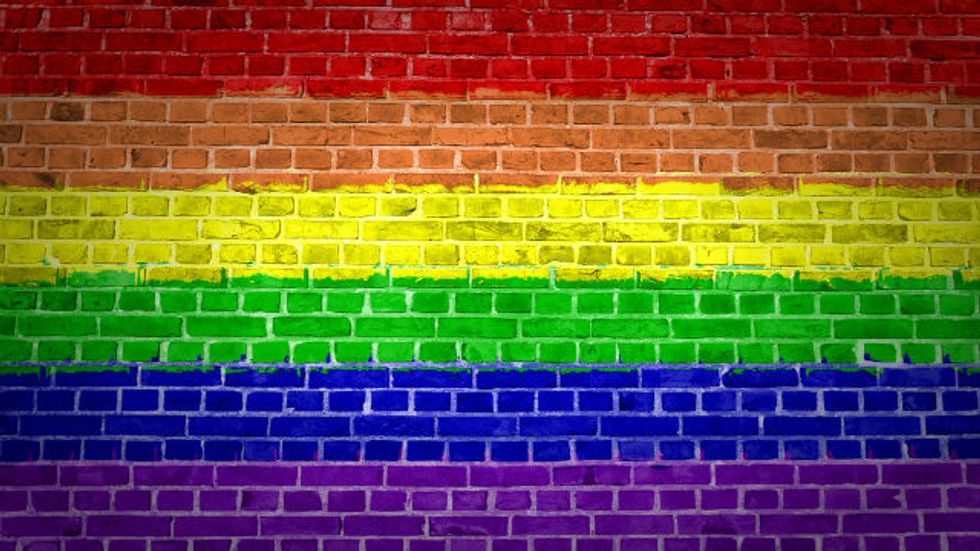 That we still need to be making arguments for why gays should not be executed, denied marriages, or treated as lesser humans, would have, in the past, worried me. However, as with all attempts to dictate how rational, competent adults should conduct themselves according to some arbitrary, overhanging rules, I recognise this requires on-going discussion and constant defence.

Condemning nonviolent, unthreatening men and women for merely favouring a particular gender is such an absurdity it can only arise from absolute certainty about our species and ourselves. Consider the recent case of radio “personality” DJ Dominic Dieter who told a listener, concerned his daughter might be gay, that the listener “should get one of your friends to screw your daughter straight.” I don’t think Dieter should be arrested for such a remark (despite it being an idiotic attempt at humour recommending corrective rape), but I am interested that one could, so easily, make such a flippant comment. I am also surprised that some of the write-ups on Dieter’s comment haven’t mentioned another important fact: What good reason does the father have to be “concerned” that his daughter is gay? (Also, why ask such a homophobe about advice on gays? It’s like asking a man with a hammer what to do about this jutting out nail.)

All this ties in to the idea that being gay is somehow “wrong”. Often, the way it’s portrayed by homophobes, or those who dislike gays intensely, is that members of the LGBT community have something slightly “off” about themselves which requires our attention. Whether this is denying them marriage or blood donations, praying (or raping) the gay away, it’s treated like a deformity that can’t be fixed medically (which should hint that it isn’t a deformity at all).

That is why you often see the claim that homosexuality is “not natural”. By now, we should all recognise equating something being “not natural” with it being bad as a fallacious move.

Firstly, if we mean “does not occur in the animal kingdom”, then that is patently false. For example, Bruce Bagemihl’s 1999 book, Biological Exuberance: Animal Homosexuality and Natural Diversity, documents homosexuality in 1,500 species – from apes to worms. But this tells us nothing morally relevant! Animals also eat their young – shall we do so, too? Obviously we do not align ourselves to the whims of nature, so even if we care to show that homosexual behaviour is frequently documented in nature, it doesn’t tell us that homosexuality is wrong. It just tells us it occurs in other species. Secondly, if we mean it is not what our bodies were made for, then that too is uninteresting: How do we know what our bodies were made for? As commenters have said to me, we can say that, for example, our noses were “designed” to be adequate olfactory sensors. But that doesn’t mean we can’t use them to support devices (spectacles) to aid our malfunctioning eyes (some design, by the way). We do various things with our bodies all the time that they weren’t designed for, but we give the middle finger to “Mother” nature and head off into space, to the bottom of the ocean, and into lava pits anyway.

After our minds, our bodies are the last place that no one else should be able to control, the domain over which we should reign. When anyone dictates what your body should and should not be used for, you should recognise it as a power-grab for the one of the last domains we as individuals have.

Worse still is the assumption that relationships are geared only toward procreation – and since gays and lesbians can’t procreate, it is somehow wrong. If even single people can procreate, how can we say gay couples can’t? Technology now allows for surrogacy and “test-tube” babies, for all manner of people. Of course, what critics mean is that gays and lesbians can’t reproduce “naturally” – this use of the term means “without the aid of modern technology”. But then this means that all infertile couples, old and young, should not be able to be together, either. Furthermore, to view relationships as only instrumental toward continuing the human species is – aside from being generally creepy – shallow and myopic. What about couples – gay and straight – who are not interested in procreating (whether out of a moral choice or because both already have)? The absurdity should be apparent.

The theme here often recurs: Humans are made “for” some special design and any deviation from that design is wrong. It finds obvious expression with religions, but I notice it even in discussions of procreation with secular people. It is a worrying theme, as seen here with LGBT rights, since people don’t engage with actual arguments or reasoning but appeal to some process – god’s design, the natural world, tradition – that lock their views in place, caging potential beneficence. This is not merely abstract engagement but, as with gay rights, has actual harmful consequences because people are too afraid to examine, criticise and possibly reconsider their own views. And this is why I recognise the debate and defence as on going.