Are we a plague? Well, that depends… 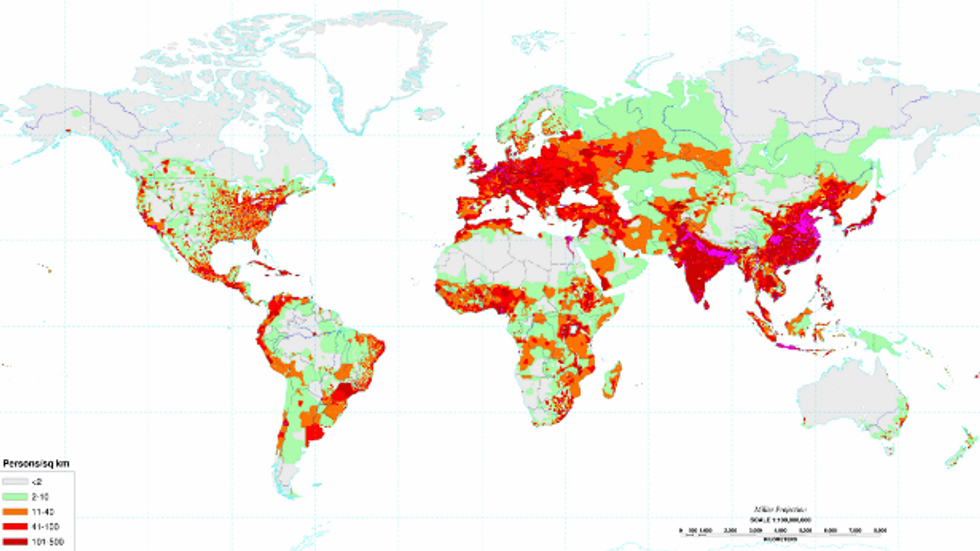 It might not be pleasant to hear but there’s little reason to disagree with Sir David Attenborough’s pronouncement that “we are a plague on the Earth”. Of course, in terms of agreement, we need to indicate the perspective we’re defending.

Speaking during an interview, the beloved and brilliant documentarian indicated the uncomfortable truth that, “Either we limit our population growth or the natural world will do it for us”. Of course, he reminds us “the natural world is doing it for us right now." Too many people plus inefficient methods of distribution of current resources leads to consistent waste of lives and resources.

The author of The Skeptical Environmentalist, Bjorn Lomborg, disagrees. For example, Lomborg states: “The reality is that modern industrial production is one of the main ways of reducing our footprint.” Scientifically, there might be good reasons to agree with Lomborg that Attenborough is “too Malthusian” in his pronouncements. Of course, scientists like Stephen Hawking and Martin Rees, have also made warnings concerning our species’ and future survival.

Despite this, maybe we should start considering ourselves as a plague.

Why should we continue?

Science-fiction writers love pumping out misanthropy, but it is a necessary and important component of this genre.

For example, in the TV-series, Battlestar Galactica (2004), humans are fleeing through space, after a cybernetic species destroys most of humanity. A human character asks one of the oppressive robot units why it is they want humanity extinct. The unit answers that it was a question posed when the war began: Humanity should ask itself why it deserves to live.

Indeed, this poses a major problem.

What case could be made for us, as a species, should a more intelligent, more powerful species wish to take Earth? This was the main problem for humans in The Day the Earth Stood Still (both the original and remake). Even the brilliant comedy show, South Park, played on this. Superior beings arrive, inquiring as to our worth versus our danger to the environment: both the planet itself and others.

To save the Earth doesn’t necessarily mean saving humanity: it could, in fact, mean the exact opposite. The discoverer and developer of the first successful polio vaccine, Jonas Salk, supposedly said:

The writer, Alan Weisman, wrote a book about how much of the environment would “soon” recover should humanity disappear.  Paleoecologist, Paul S. Martin, explained to him that humanity’s disastrous environmental impact could be gleaned from history. “America would have three times as many species of animals over 1,000 pounds as Africa does today,” he says.

Climate change and imported disease may have killed them, but most paleontologists accept the theory Martin advocates: “When people got out of Africa and Asia and reached other parts of the world, all hell broke loose.” He is convinced that people were responsible for the mass extinctions because they commenced with human arrival everywhere: first, in Australia 60,000 years ago, then mainland America 13,000 years ago, followed by the Caribbean islands 6,000 years ago, and Madagascar 2,000 years ago.

Weisman, at the end of his essay, points out how “most excess industrial carbon dioxide would dissipate within 200 years”, if humans were no longer around. This would cool the atmosphere. The process continues in this favourable way for the planet:

With no further chlorine and bromine leaking skyward, within decades the ozone layer would replenish, and ultraviolet damage would subside. Eventually, heavy metals and toxins would flush through the system; a few intractable PCBs might take a millennium.

During that same span, every dam on Earth would silt up and spill over. Rivers would again carry nutrients seaward, where most life would be, as it was long before vertebrates crawled onto the shore. Eventually, that would happen again. The world would start over.

Naturally there is disagreement. Some scientists consider the damage we’ve done permanent or not so quickly reparable. However, considering even just our history and our current situation in terms of impact, it’s hard to deny that we are a damaging species. Some theories are surely mere alarmism, but, if we assume even some of the more damaging reports true, our species is a destructive one.

What Makes Us a Plague

If it is true that we are damaging, if we are doing little in terms of repairing that damage, or if the damage is irreparable, we surely are a plague: a relentless force of destruction tearing its way through fellow creatures and the very environment we all share.

What’s of concern, aside from the science, is indeed the unanswered, overhanging question: What could we say to the sci-fi author’s Superior Species to have them aid us? Or, indeed, not destroy us (before we do so ourselves)?

The question is similar to one I previously raised regarding reasons for having children: What’s so special about the human species it’s worth perpetuating? I have not found a satisfactory answer to this question, since people tend to conflate it with helping, ameliorating and so on. Creating a new entity is not the same as helping it: In fact, the act of creation could itself be harming the new entity, as some authors argue.

These are related questions but, I think, it’s still possible to not view humanity as a plague, but find no reason to breed. Similarly, you could want to breed but think our collective actions are mostly harmful, that we have no good justifications toward the Superior Species. I think these views would be harder to sustain in contradiction but it is possible: more than likely, if you think humanity is a plague, you probably think we should not breed.

I am uncertain of our plague status, even if I’m convinced we shouldn’t breed. I do lean more toward the view we are mostly damaging, that we’re both destructive and thereby self-destructive. In the end, I’m not convinced even our best lawyers, our best columnists and other merchants with silver tongues, could convince Superior Species to save us. But that means we have all the more reason right now to begin making efforts to make such a case (stronger) – assuming we’re worth saving at all, a conclusion I’m uncertain about.