Thanksgiving is the least commercialized major holiday.  There are no special items to purchase, no material obligations, and no gift-exchanging. 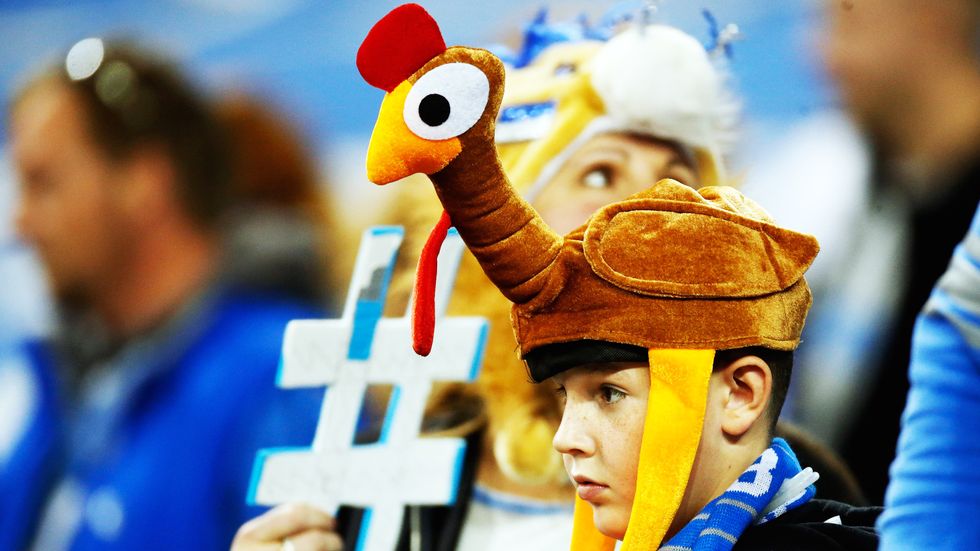 There is something about Christmas, especially if it comes on a Monday, Tuesday, or Wednesday, that is a bit of a downer. The entire day reaches its climax about 10 am, when all of the gifts have been opened, and the commercial glow has begun to fade, until nothing is left but scraps of wrapping paper lying about amid the stacks of new belongings. Christmas dinner is often joyous, but strained, as if its participants can already feel those credit card bills in the mail, or wonder how they are going to juggle the bills they didn’t pay to create that temporary commercial glow earlier in the day.

If Christmas is on a Monday, Tuesday, Wednesday or Thursday, a lot of people are going back to work the next day. If it's on a Friday, they are slipping into a bit of a funk – the same people who just finished stacking up their new belongings now want to go out and buy even more stuff, because its…well, because everybody knows stuff is cheaper after Christmas. In the last ten years or so, as I focused less on the material things in life and more on the experiences I could have, I started to notice more clearly the mixed messages the Christmas holiday czars were sending as they attempted to fuse religion, family tradition, and materialism.

Thanksgiving, by contrast, is unambiguous. It is all about the family. And it is always on a Thursday, which means that a lot of non-retail related workplaces have given up trying to schedule any real work during this time, making this America’s only official four day holiday period.

Waging War on Christmas, to Save Thanksgiving   3 Quarks Daily

Thanksgiving is the least commercialized major holiday.  There are no special items to purchase, no material obligations, and no gift-exchanging.  Since the point is to come together with loved ones, there is no need for commercial items to mediate the relations between people.  We gather on Thanksgiving in order to be in each other’s company.

The phrase “giving thanks” seems to actually mean something when people say it at Thanksgiving. For a lot of us, it is a beginning of that end-of-the-year contemplation, where we go through informal self assessments as to what we’ve accomplished, and what remains undone. The focus of the day is on food, shared with people you are related to by blood or people to whom you’ve chosen to be related. No one is obligated to bring anything other than a dish, an empty stomach, and a sense of goodwill. We catch up; we reminisce; we watch football; we tell tall tales. We play games; we take pictures; we exchange email addresses. We celebrate new beginnings, and cherish the memories of those who are no longer with us.

I would replace the Christmas spirit in a New York minute for the one I feel at Thanksgiving.