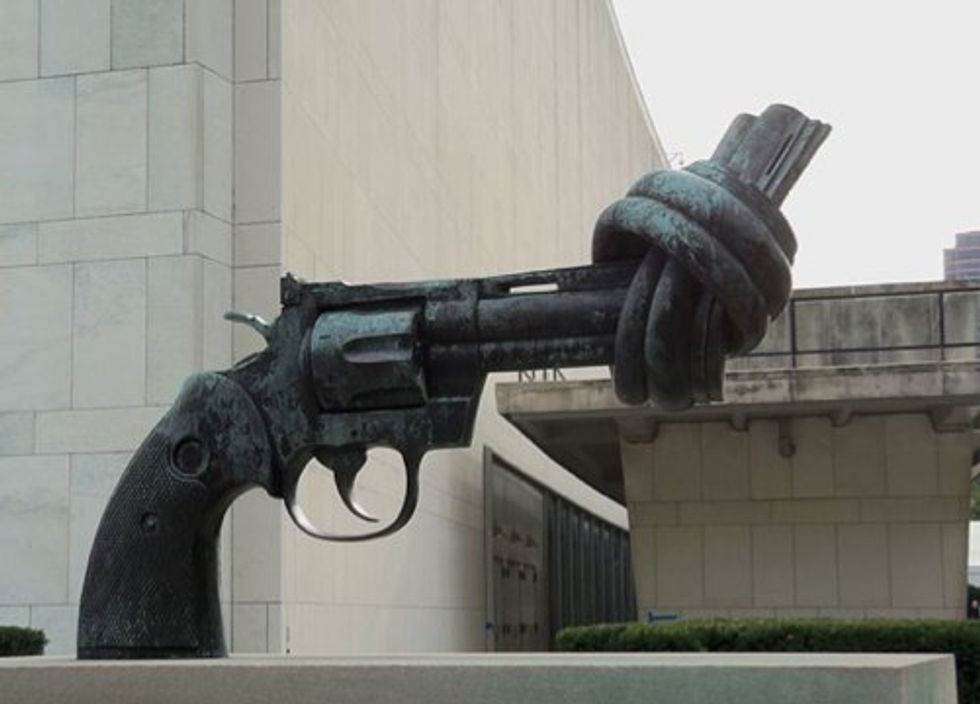 One consequence of mass killings like this week's horror in Newtown, according to reporting by Kristina Fiore, is this: Involuntary commitments of mentally ill men will increase for a while. To which I can only say: Terrific. I hope they triple. Yes, it's obvious that we need to reduce unstable men's access to guns (because guns greatly amplify the damage that a killer can inflict in a few seconds or minutes). But it's also obvious that we should be trying to reduce their access to people, and increase their access to serious help. Because even if we can get a handle on assault weapons and military pistols, there will still be knives, fertilizer and poison.

If you've ever had to deal with straight-up mental illness (not eccentricity or emotional outbursts, but the genuine crazy, which feels totally different), then you already know that it is extraordinarily difficult to force a troubled person into treatment in this country. This is a consequence of a 1975 Supreme Court decision, O'Connor v. Donaldson, which held that it's unconstitutional to confine a mentally ill person who presents no danger to himself or others. That decision was part of a great wave of "deinstitutionalization," in which people who had been warehoused in state-run mental hospitals were moved into society (supposedly into community mental health facilities, though sometimes into nothing). The Donaldson decision left states scrambling to write rules to define what constituted danger to self and to others, and to define who would decide. The practical consequence is that today people who are obviously in trouble, and obviously frightening, have been left untreated and unfettered.

For example, in 2005 Seung-Hui Cho was referred to a psychiatric hospital after a couple of people complained about his threatening behavior. But there he was judged to be mentally ill but not a danger to himself or others, and so was freed. On April 16, 2007, he killed 32 people at Virginia Polytechnic Institute, where he was a student. And Denver media have reported that the psychiatrist treating James Holmes last year notified a threat-assessment team at the University of Colorado that he could be dangerous. But the team did not follow up because Holmes dropped out of his university program. He later killed 12 people in an Aurora, Colorado movie theater.

One more example: In 2010, the campus police at Pima Community College in Arizona were called five times to deal with weird, threatening behavior by Jared Loughner. Finally in September of 2010 the school's administration told Loughner he needed to be certified non-dangerous by a mental-health professional before he could return to class. Instead, he withdrew from classes entirely. So the school had gotten him out of its hair. On January 8, 2011, Loughner killed six people in a Tucson mall, and wounded 14 others, including Congresswoman Gabrielle Giffords.

It's a common myth that American massacres are total surprises, where no one imagined the perpetrator capable of such the crime. In fact, as this 2002 Secret Service report (pdf) on school shootings concluded, "most attackers engaged in some behavior, prior to the incident, that caused others concern or indicated a need for help." Yet those concerned others often did not or could not act; the help wasn't proffered. Can we imagine that this has nothing to do with our patient-centered culture, in which the troubled person's rights and needs come before anything else?

In the stories coming out about the Newtown shooter, Adam Lanza, acquaintances are saying they knew all along that he had it in him. People also talked that way about Cho, Holmes and Loughner. And while it's obvious that many of these statements are just media echo-chamber effects and 20/20 hindsight, some are not. Some gave journalists specific examples to back up their claims that people knew these young men were troubled, and troubling. Yet apparently it was just too difficult to force them to address their demons.

The politically correct way to broach this topic is to speak about improving the American mental-health system, offering genuine treatment to all who need it (in fact, since 1971 American law has held that mental patients have a constitutional right to treatment). And nobody—not even people in favor of some form of "reinstitutionalization," like this guy—wants to return to the era when mentally disturbed people were warehoused and given little or no help. But maybe we could admit that our patient-centered language of rights and freedoms doesn't adequately protect the rest of society.

This week a lot of gun-control advocates have been asking about the cost in blood of our right to bear arms, noting, as Gregory Gibson put it the other day, that children have paid for their elders' freedom. Shouldn't we be asking this same question about the freedom to refuse treatment for severe mental disorders?

Photo: "Non-Violence" (also known as "The Knotted Gun") by Carl Fredrik Reuterswärd at the United Nations in New York. Via Wikimedia.