What Can Journalists Learn From Jonah Lehrer's Mistakes? Nothing They Didn't Already Know 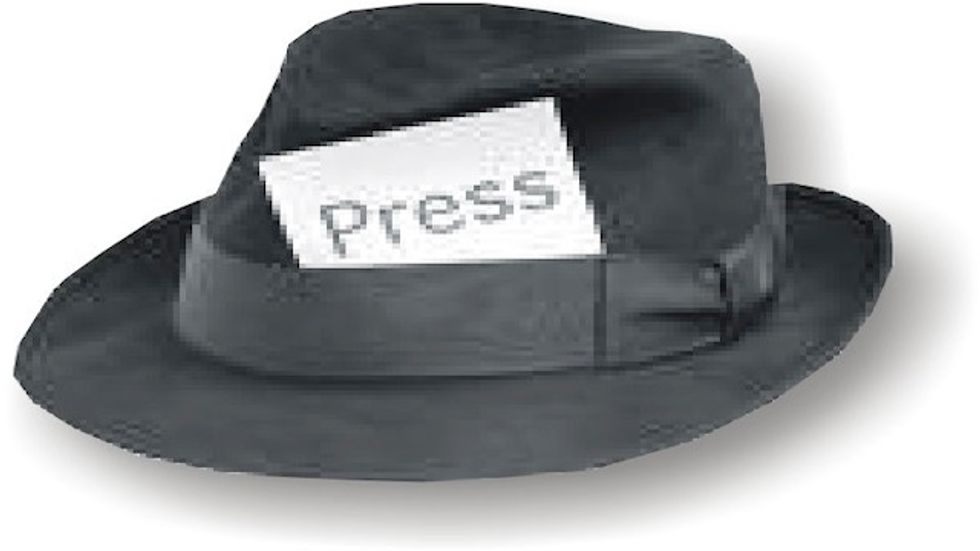 "Self-plagiarism" is the grandiose new term for the re-use of one's own words in several journalistic articles, for which Jonah Lehrer became famous last week. Lehrer's problems then expanded to include multiple accusations that he has presented other writers' reporting as if it were his own—not exactly plagiarism (if you use a quotation that I published, you are not literally copying my words) but not good by any means. The other day, Malcolm Gladwell defended his colleague and imitator, in a statement that was partly fair and partly bizarre. The fair part was the point that the sanctimonious pile-up on Lehrer has gotten out hand. (Lehrer is now being blamed for everything wrong with the magazine industry, if not Western civilization.)The bizarre part was Gladwell defending Lehrer on the grounds that no one knows the rules for blogging.

Here's what Gladwell said to WWD, as re-reported by Joe Coscarelli: "The conventions surrounding what is and is not acceptable in magazine writing, books and speaking have been worked out over the past 100 years. The conventions over blogging are being worked out as we speak. Everyone who writes for a living is going to learn from this. I'm just sorry Jonah had to bear the brunt of it."

This is, to put it kindly, utter hooey. I have not learned a thing from l'affaire Lehrer. Why? Because the rules are clear in all forms of journalism. And they are clearest in blogging, because in that medium, they are easier to apply than in any other.

Let's take the more serious of Lehrer's offenses—not crediting other writers for the work that gave him good quotes and anecdotes. This is a perpetual anxiety in magazine writing because, (1) as a matter of style, magazines want their articles to be read quickly and easily and (2) as a matter of mechanics, there is never enough space in a print piece for all the good material you've turned up in research and reporting.

Suppose, then, that I have written "Malcolm Gladwell told WWD, as reported by Joe Coscarelli," and it turns out my article is two lines too long for its space. Do I cut some really interesting line of lore about my subject? Or a colorful quotation? Or do I cut this rather dull, footnotey line of attribution?

When I wrote a lot for print, these kinds of choices would come up all the time. Once, for example, I was in the last stages of editing an article for The New York Times' Science section when I learned we were 3 lines over. I chose to cut a quotation from a co-author of the paper I was writing about, because it didn't add much to the reader's knowledge, and losing those lines let me keep in some other stuff I thought was more important. But, as it happened, all other authors were left in the article. So, as published, it looked as if I had gone out of my way to exclude this one researcher (who took it just that way, and wrote me a scathing email). I meant him no ill; I was just working with the constraints of the form.

In print, attributions disappear for space reasons all the time. Add to those space reasons the pressure from editors to be simple (too simple) and clear (artificially clear) and all to easy to read, and the inclination gets strong to cut a line like "Malcolm Gladwell told WWD, as reported by Joe Coscarelli." It is, to use a favorite term of editor-speak, "clunky."

These pressures don't exist in blogging. Without a physical limit on space, there is no mechanical reason to leave out attributions. And if you want a breezy, readable style that doesn't clunk, well, then, instead of writing "Malcolm Gladwell told WWD, as reported by Joe Coscarelli," you just write "Gladwell says." The fact that you can link makes attribution a no-cost gesture, and it makes its omission inexcusable.

As for self-plagiarism: years ago, when I began freelancing, it was known by the less grand term "double-dipping," and was regarded as a crafty strategy for making a living in a hostile world, if you didn't take it too far. The ethos was, I think, this: Editors lie to writers all the time, about everything. Why couldn't we deceive them a little? Double-dipping was, say, going to Reno on one magazine's dime to write about deserts and writing something for a different publication about casinos, in which you might re-use a few poetic phrases about the American West. It was not the wholesale recycling of words already published; it was, rather, the adding of new opportunities onto a first one, without telling everyone involved everything.

Lehrer clearly took it too far. Put it this way: There may be, in the more than 300 posts on this blog, some sentences that appear in more than one post. As Gladwell has said, why should I rejigger words for the sake of rejiggering words? But every one of Lehrer's five New Yorker blog posts now bears an Editor's Note saying it incorporates not just overlapping fact-fiding, but overlapping paragraphs. That's too much, and it suggests, as Josh Levin shrewdly noted, that Lehrer has more commitments than ideas. Is that really, as Gladwell suggests, a case of "There but for the grace of Google go I"? Not for me.