The Dawn of Anti-Gay Eugenics? 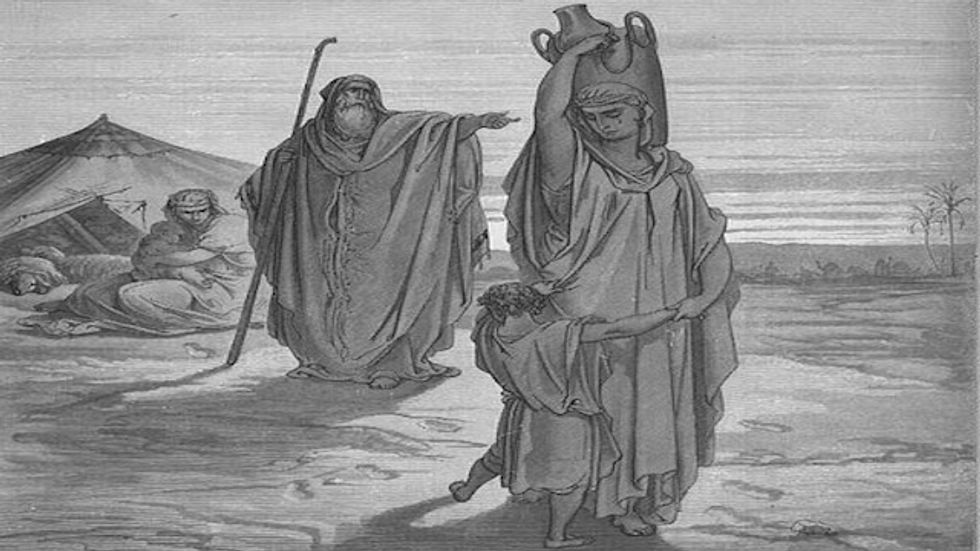 "I don't want to be married anymore," writes Elizabeth Gilbert about the start of her pre-life crisis. "I don't want to live in this big house. I don't want to have a baby." To many of us this is simply one of many possible attitudes commonly found among modern women (and it sure didn't do Gilbert any harm). But maybe you're an expectant mother who doesn't want your baby to turn out like Elizabeth Gilbert. Maybe you'd even take a pill to make sure your child grows up traditionally feminine—someone who likes to play with dolls, not trucks; with men, not women. According to Alice Dreger, a bioethicist at Northwestern's medical school, such a pill exists, such experiments are being conducted, and the era of anti-queer eugenics is here.

The big-picture issue here is the notion that bodies which fail to conform to society's expectations should be "corrected" by doctors. The medication, dexamethasone, is a steroid used to treat allergies, asthma and other conditions, but it also appears to forestall symptoms of congenital adrenal hyperplasia, a rare genetic anomaly which condition in which a baby fails to develop normal adrenal glands. An infant with CAH has higher-then-usual levels of the male hormone androgen. Boys may develop puberty-like changes at 2 or 3 years old. Girls are often born with "ambiguous" genitalia: A large clitoris that looks like a penis, for example.

To me the common-sense response to such an infant is: Do nothing different than you would have with an unambiguous clit. But common medical practice for decades was to perform surgery on intersex infants, to make them better fit parents' (and, perhaps more importantly, doctors') expectations. Dexamethasone (or "dex") is described in the Endocrine Society's treatment guidelines as a way for parents to avoid the risks and pains of surgery.

Trouble is, in a couple of recent studies, some researchers have also linked CAH to higher-than-typical proportions of homosexual and bisexual orientation, and to more "masculine" behavior. Here, Dreger and colleagues criticize one of dex's leading proponents in endocrinology, Maria New of Mount Sinai Medical Center, for writing, in a recent paper: "We anticipate that prenatal dexamethasone therapy will reduce the well-documented behavioral masculinization" of CAH girls in "childhood play, peer association, career and leisure time preferences in adolescence and adulthood, maternalism, aggression, and sexual orientation."

"Her main goal has been to prevent ambiguous genitalia and all the things that come with it, including what she calls 'behavioral masculinization,'" Dreger told Dennis Thompson of HealthDay. "She includes in that what she calls 'masculinized orientation.' "

New says this is a put-up job, connecting a few dots in her research to make a picture she never intended. Her statement about the controversy was explicit about the supposedly anti-homosexual intentions of her research: "Allegations that my goal is to prevent lesbianism are completely untrue." And, in fact, it seems quite a stretch to make her statements about CAH girls' "masculine" traits into a serious interest in making Stepford-Wife babies. Her bigger problem, as Time magazine recently reported, is that women who took dex have complained that New didn't warn them that it was an experimental treatment.

So I think the "gay eugenics" uproar is a red herring. We ought to worry, instead, about two other issues. First, it's wishful thinking to assume that medication delivered in utero can determine whether a person becomes straight, gay or bi in adulthood. Why aren't we willing to admit that we don't yet know how to do this? (Dreger is no help here, as her attacks on New imply that dex will work.) Second, when society finds people "off," strange or disturbing, why is it so easy to think it's the people, rather than society, that need altering?